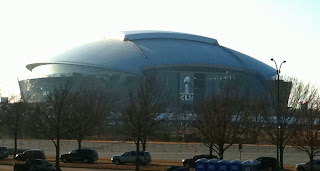 A week before Super Bowl XLV, I was driving home from a scrapbooking retreat and felt compelled to see the stadium where all the excitement would be centered. I pulled into a parking lot and shot some pix, excited to know that our Metroplex would soon be the center of the sports world.

But then the ice and snow hit, and the Metroplex was frozen over. All those restaurants and bars that had been banking on huge crowds were soooooo disappointed—until Saturday.

On Saturday, the sun was out, the temperature inched toward the 50s, the roads were clear, and millions of cabin-feverish folks flooded the streets of DFW. And we were among them!

Since my birthday was the night before the big ice storm, we still had a family celebration to get to. We stuck to our original plan and headed to our (relatively new) local Chuy's. 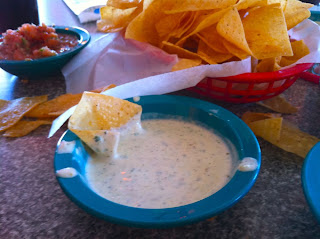 Man, oh MAN, do we love that cream jalapeno sauce!

From there we went across the street to the University Co-op to really add to the ATX feel of the day. 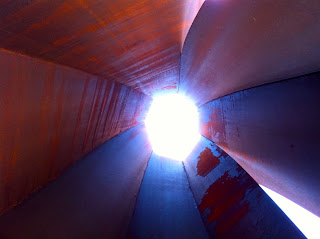 Next we braved the stock show crowds to go to the Modern Art Museum. Photos weren't allowed inside the Modern, but at least we could get a shot from the inside of Vortex, the massive metal structure in front of the museum. It was so nice to see the all the works, especially the "Ed Ruscha: Road Tested" exhibit.

And just because my family loves me more than I'll ever comprehend, we went downtown to see all the Super Bowl hoopla. All week I'd been itching to be a part of the excitement, so to humor me, Brett drove us through the traffic to Sundance Square. 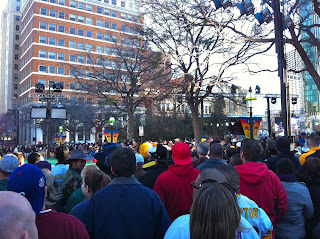 Of course, we weren't the only ones with that idea. 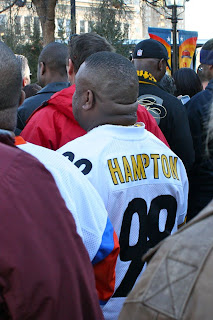 (Good to know I'm not the only Casey Hampton fan!) 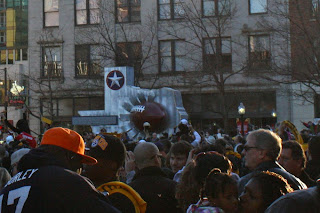 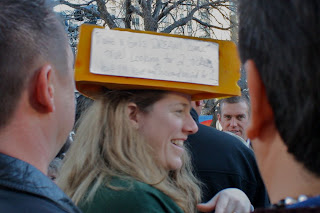 I wonder if this "Cheesehead" ever found some tickets? 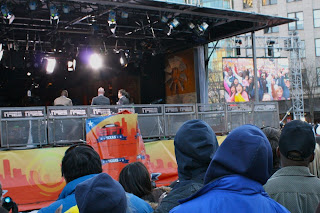 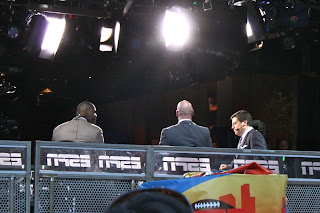 We ended up getting pretty close to the announcers, including Keyshawn Johnson. Ryan and Brett even got on TV! 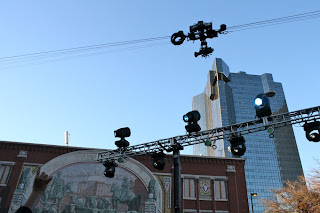 The camera that kept zooming above us certainly got plenty of attention from the crowd: 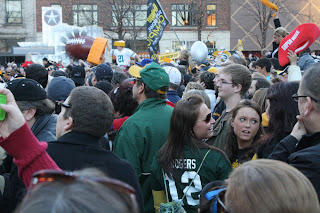 Even though it was crazy crowded, it was fun to see the Green Bay and Pittsburgh fans. 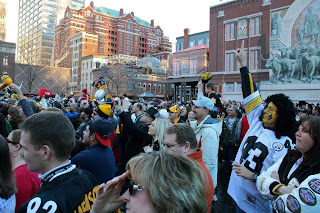 Since ESPN was headquartered there, downtown really had its chance to shine. 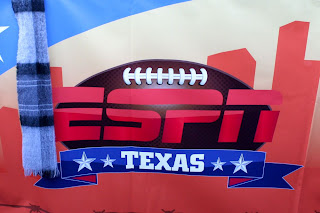 The excitement was palpable, 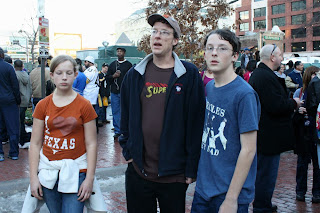 except with my own family. Truly, they endured the insanity to appease their sports freak of a wife/mom. When I showed them how deflated they looked in that picture, Brett tried to get a little animated. 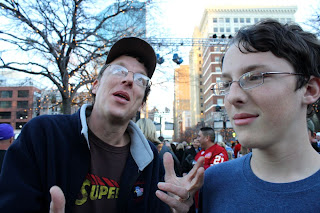 Fake frivolity aside, I think they had a tiny bit of fun anyway. 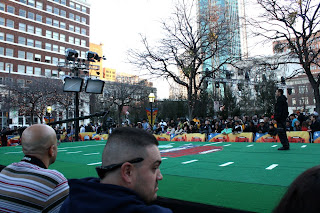 Before leaving Sundance Square, we checked out the football field set. Filming was over for the day, though, so we headed home.

For Super Bowl Sunday itself, we were excited to join some church friends for football and food. 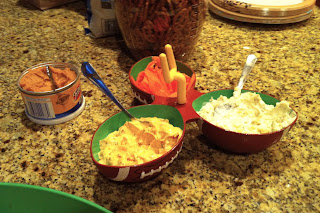 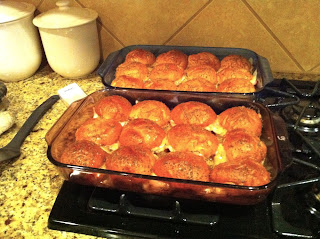 DELICIOUS! In spite of all the mishaps associated with "our" Super Bowl, we were able to enjoy a good game, some fun commercials and some great food. Spending Sunday night with friends proved to be the perfect ending to a super weekend.
Posted by See-Dub at 11:25 PM