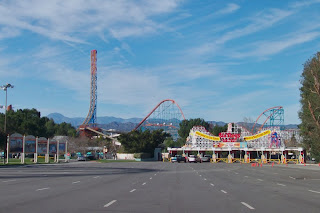 While Ryan and the rest of the All-Birdville Band were in Buena Park at Knott's Berry Farm, Katie and I headed north to Valencia and Six Flags Magic Mountain. 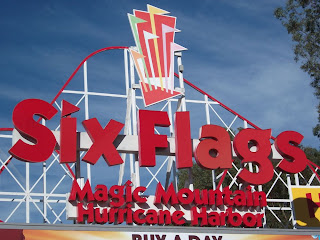 We had heard that Magic Mountain had more thrill rides, and since we could get in free with our Six Flags season passes, we decided we didn't have to follow the band this time. Besides, Magic Mountain closed at 6 that day, so we knew we wouldn't be tempted to stay out too late. 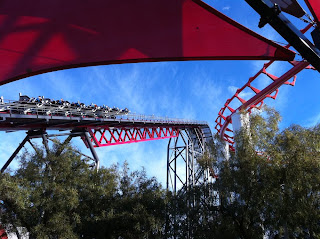 Our first stop was X2, billed as the world's first "4th dimension" thrill ride. The line was really long, but we waited since (1) lines were long everywhere and (2) this was like no ride we could find at home. 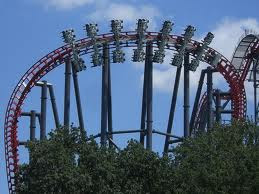 The seats actually extend past the track and since they rotate on their own, riders can rock and roll as the train flies through drops and twists. It is INSANE! We loved it; it was definitely worth the wait. The shooting flames and other effects along the track were cool, but they had me at the on-ride soundtrack. Check out this point-of-view video on YouTube for a virtual ride. 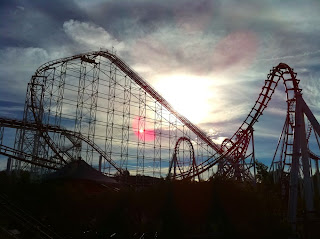 This is definitely a coaster park. In fact, Magic Mountain is advertising that in 2011, it will once again have the most roller coasters of any amusement park on the planet, 18, bypassing Cedar Point. Unfortunately, during our afternoon there, we only got to ride three. 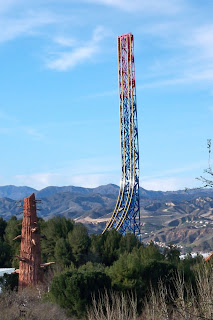 Some, like Superman: Escape from Krypton, weren't open yet, and others had prohibitively long lines. The rides were fairly far apart, too, and since Magic Mountain is on a big hill (duh), moving from one area to another took longer than we're used to. Since our time was limited, we opted for the unusual coasters that were unlike anything we could find at home. 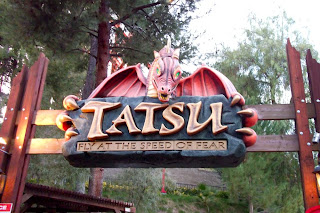 Tatsu was one of those unusual coasters that made the cut. 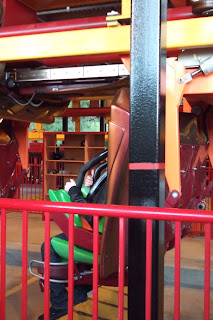 After boarding, our legs were put in restraints. Right before taking off, the seats tilted forward until our bodies were parallel to the ground. Courtesy of this pic from Six Flags, here's what riders look like when the ride's in motion. 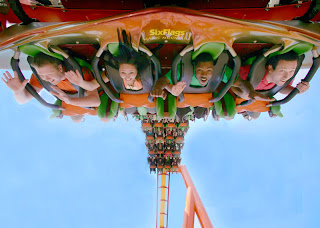 And here's what we saw as a train departed the station:


AHHHHHHHHHH! So very cool. We had ridden the Batwing at Six Flags America back in July, but this "flying coaster" seemed more intense than the one in Maryland. 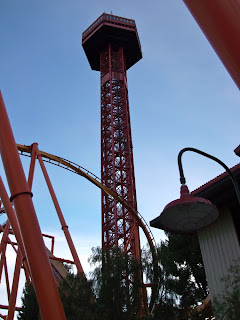 MM has the Sky Tower instead of the Oil Derrick, but because of our experience with SFOT's tower, we weren't surprised to see that this one was closed. 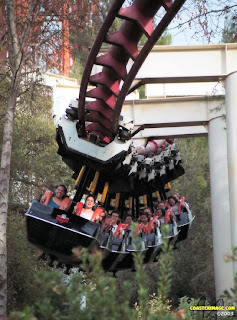 The third unusual roller coaster we tried was the Ninja, classified as a "suspended swinging coaster." It was different, but because of the long, and I mean LONG time it took to get from the end of the ride back to the station, it kinda fizzled out on us.

We were disappointed that we never made it to the other side of the park to try out the giant wooden coaster, Colossus, or the Titan twin, Goliath. We also missed riding Viper, Revolution, Batman: The Ride, Riddler's Revenge...

So many rides, so little time.

Still, we were glad we made the 40-minute drive to Magic Mountain to see a new park and try out one mediocre and two awesome coasters.

Back in LA, we were thrilled to see our hosts had left us a New Year's Eve feast: 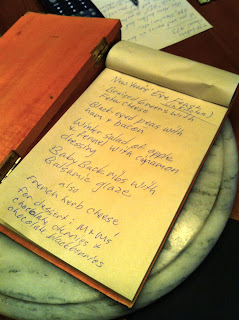 K&D had gone to that night's Lakers game, but they left us this menu AND... 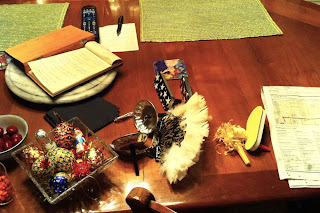 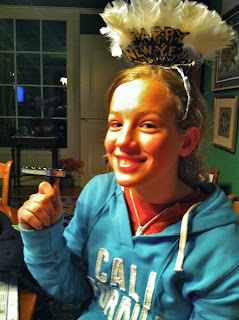 I made Katie get her party on. 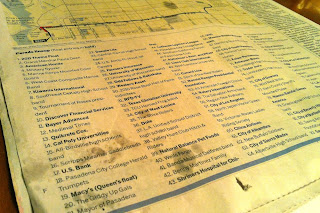 Our hosts left instructions for how to use their TV plus the newspaper story about the parade. It was cool to see the All-Birdville Band listed in the LA paper! 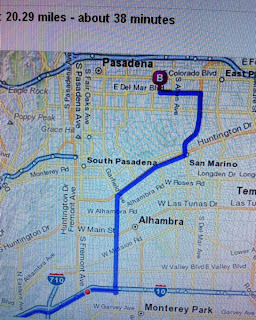 After our huge dinner, I mapped our route to Pasadena (avoiding the 101). We packed as much as we could, celebrated the New Year on Texas time, and then tried to get some sleep. We'd be awake at 3:30 a.m. to get ready for the ROSE PARADE!
Posted by See-Dub at 11:55 PM