She came to our home May 17, and within minutes, we had all fallen head-over-heels in love with her! She's named Daisy in a nod to The Great Gatsby (although I hope she won't be quite as superficial as the privileged Mrs. Buchanan) and because she is as dainty as the little white flower.

While our sudden adoption surprised some, adding to our fur family was something we'd been talking about for several months. Frisco, while a much-loved part of our family for the past five years, is very much Brett's dog. Part blue heeler, part lab (we think), she's overly rambunctious and nearly impossible for anybody but Brett to walk or play with. (Or as Brett would say, her only problem is that "she loves too much.") We wanted to get a smaller dog, always thinking we would visit a local shelter to rescue a dog there. Taking in a puppy was never a consideration.

Well, at least not until we saw THIS: 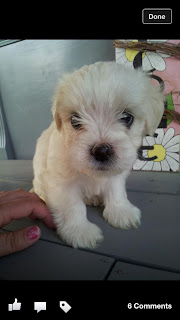 Some friends posted this photo on Facebook in an attempt to find homes for their dogs' puppies. Holy cow, did it WORK! I had seen their post a day or two before, and even mentioned to Brett that our friends had puppies to give away, but once I saw the photo? Hook, line and sinker.

Brett picked up our little angel on that Thursday, which happened to be the day of Senior Boards at school. Because of that, I had to work late, which almost killed me! I could not wait to hold our baby. We hadn't told the kids about the puppy, so I wasn't there to see their surprise. I did get to see the picture they posted that afternoon once they got home from school: 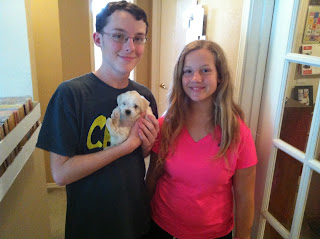 Fortunately, I survived Senior Project and my growing anticipation and made it home to meet our sweetheart. 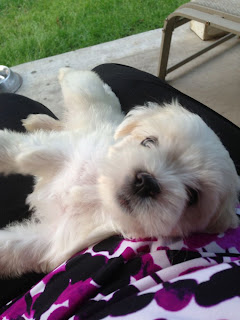 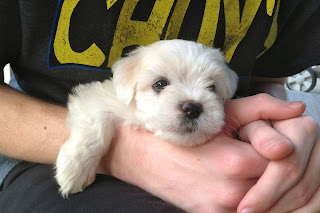 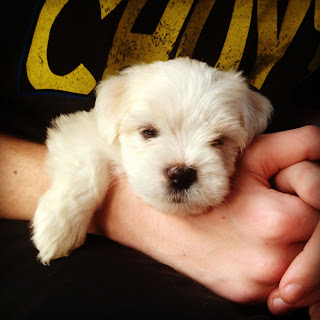 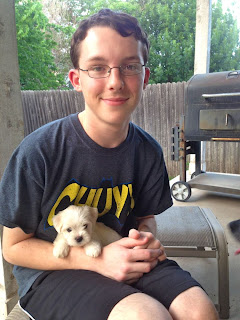 After our quick meet-and-greet, we were off to RHS for Katie's band concert. Later that night, though, we were back to bonding. Daisy helped us watch The Office finale: 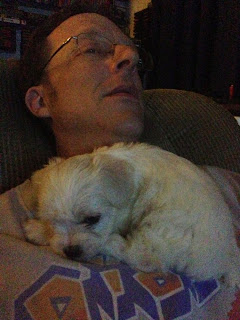 In the days since, we have had a blast filling our phones with photos and videos of our sweet girl. I'm sure I'm losing Facebook friends left and right with my "Daily Daisy" posts. But can you blame me for the Daisy overdose? 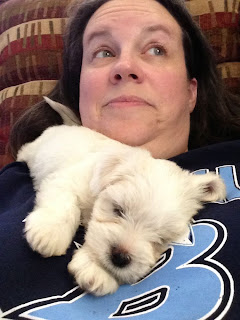 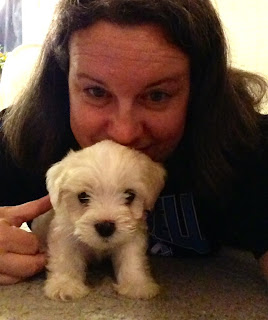 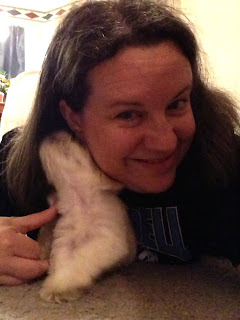 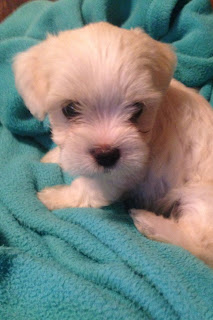 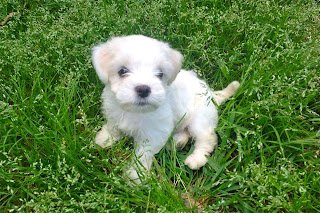 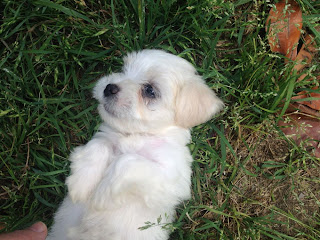 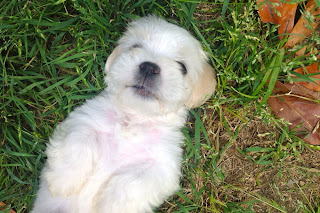 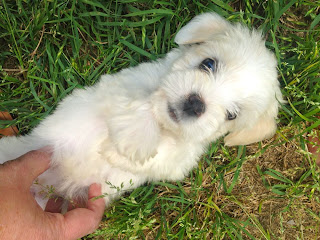 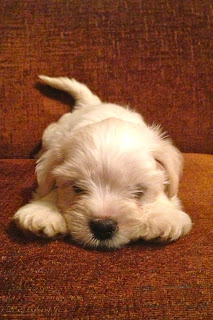 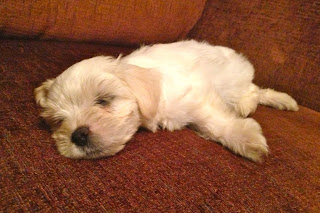 Daisy's father is a miniature schnauzer, and her mom is part schnauzer. We're really curious to see how much she'll grow. Right now, at eight weeks old, she's so tiny! As Brett says, "She's barely there!" 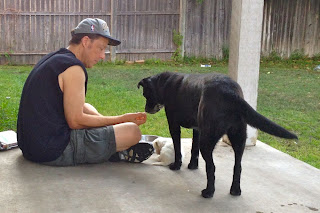 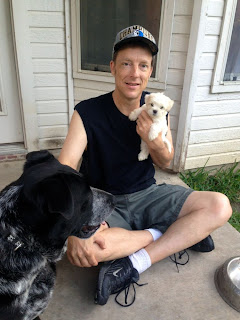 Many have asked how Frisco's doing with her new sister. So far, so good! In fact, we've been surprised to see how much Daisy's presence has calmed our big, hyper dog. At first we were afraid Frisco was depressed, but after watching her with the puppy, we think she's enjoying her companionship. She's super sweet to her, not seeming to mind when the little one gets crazy going after the food bowl.

ChaCha is living up to the cat stereotype, wanting nothing to do with Daisy. But you know, it only took her four years to warm up to Frisco, so maybe she and DJ will be pals someday. 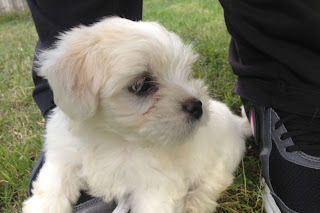 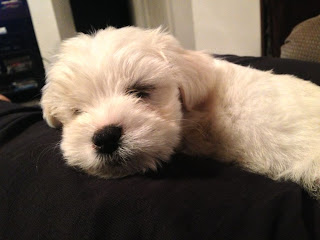 We're so happy to have little Daisy in our family. She seems to be fitting right in, happy to play, eat, nap, eat and eat and eat some more. 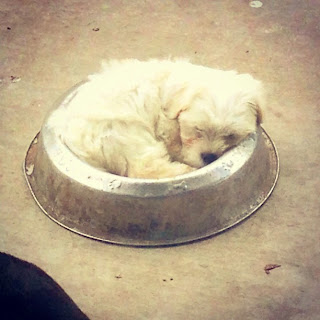 Maybe she loves the food bowl a bit too much? 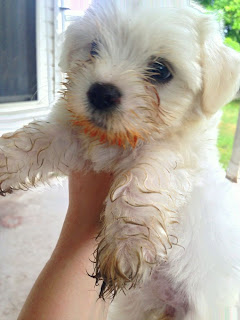 (Be sure to check out the Daisypalooza video post, too!)
Posted by See-Dub at 11:36 AM