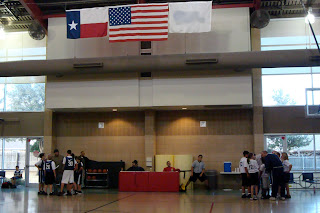 It's basketball season again, and this time around, we're trying out a city league. We knew their coed teams would eventually face off, but wouldn't you know it, Ryan and Katie's teams played each other the first weekend! 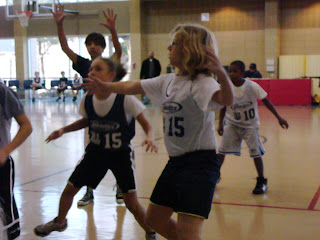 We miss Upward's spiritual emphasis, but the kids are enjoying the full court defense and the change of scenery. 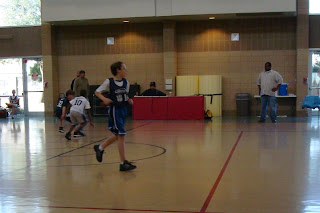 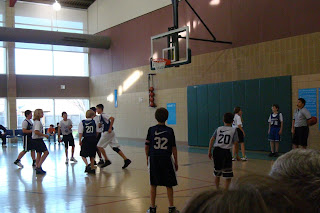 At one point during Saturday's game, a mom behind us apologized for yelling so much. She must've noticed how quiet we were. We had to explain that with both kids playing against each other, we had a hard time cheering for either team! 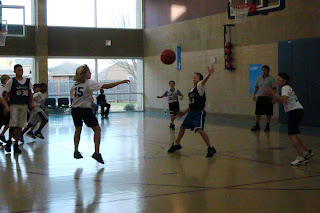 This was the first time for the kids to play against each other, but it's not the first time they've shared the court. Last season Katie helped Ryan's Upward team when they were short a "man." Seeing them play together was fun, but THIS? Too weird!

P.S. - The kids had the option of being on the same team, but they decided, for the sake of family harmony, to play separately.
Posted by See-Dub at 10:10 PM

I must know- who won?

Ryan's team made the most of their height advantage and won.