I began my 41st birthday with a yearbook work session. WOO-HOO! Just the way you want to spend your birthday: at work on a Saturday. It's yearbook season, and with our final deadline fast approaching, we really needed to spend some time in the lab today. 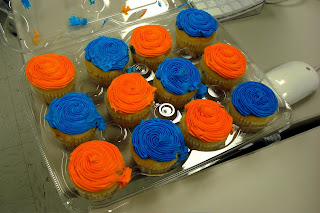 Leave it to my students to sweeten my day with cupcakes! "The orange is for UT, and the blue is just blue," my student told me. When I suggested maybe the blue could be FOR OUR SCHOOL, she quickly agreed. Too funny—and too sweet of her to bring the treats!

After the work session ended around 1:15, it was off to our city's rec center for a basketball triple-header: 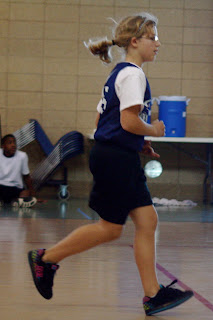 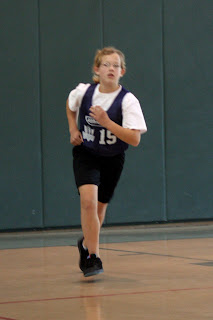 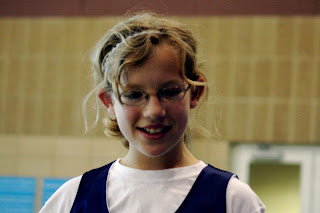 Katie's team won one and lost one. With her two games complete, she was ready to conduct a little business. Last summer, inspired by Brett's fanzines, Katie created her own magazine. Today was its long-awaited release, and she sold three copies! 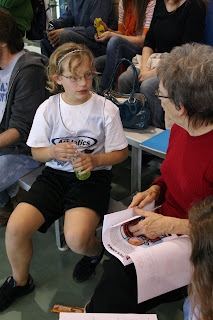 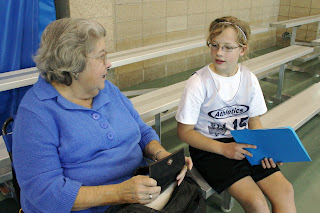 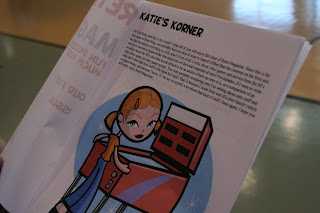 Her Retro Magazine was a hit! It includes several of her own articles and games/activities plus a couple of features submitted by her dad and Nana. Copies are only $1 if you'd like your own!

After that brief literary intermission, we were back to more basketball. 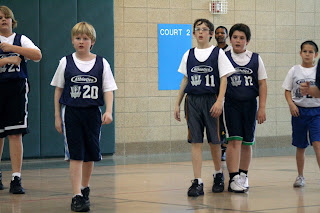 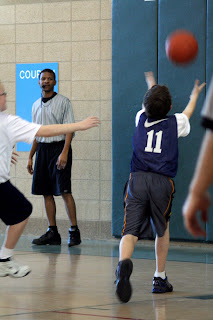 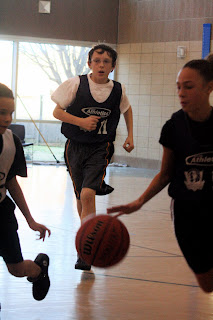 Ryan's team won their game by a lot to a little.

With yearbook and basketball out of the way, it was time to get down to birthday business! For the second year in a row, we headed to Razzoo's for some spicy Cajun cookin'. 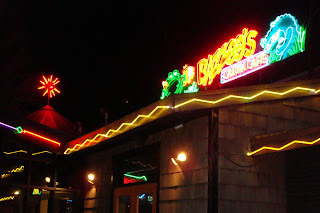 Originally Brett and I had planned to go out for a date, but because the rest of the day had been pretty crazy, we instead opted for a family outing. 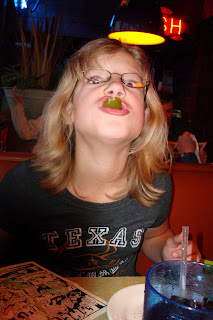 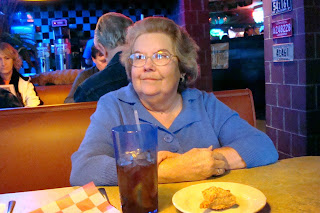 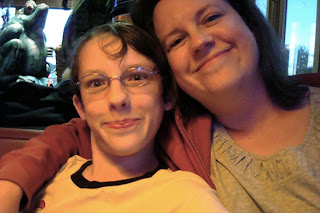 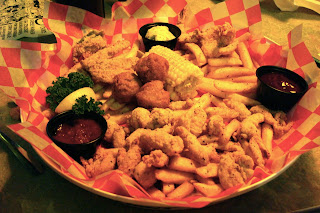 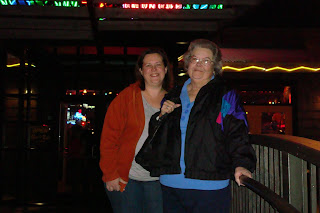 After dinner we went back home for cake. 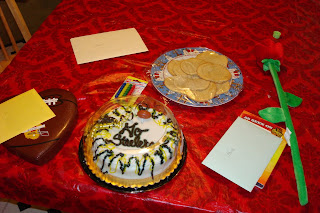 My sweet kids, husband and mom all had special treats for me. 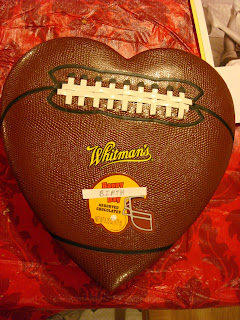 Does Brett know me or what? 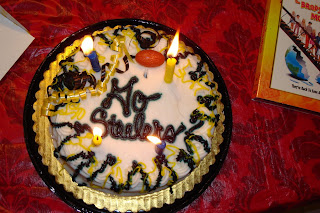 And this? This cake made me laugh out loud! As a lifelong Cowboys fan, I never thought I'd see a Steelers cake in my house! (It's true, though; I'm rooting for the Steelers in the Super Bowl but only because of that team's three former Longhorns!)

Tonight, after our band had played a Guitar Hero gig, Katie asked me what the best part of the day had been. I honestly couldn't answer. It was a full day with students and family and basketball and dinner and cake, set to the soundtrack of my phone's rhythmic DING each time a Facebook friend sent me a birthday greeting.