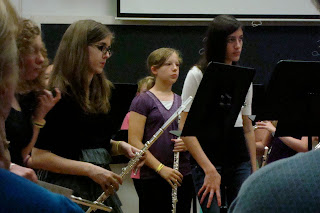 Another Saturday, another early morning! Katie and I got up, got dressed, and hit the road for Denton for the Texas Flute Festival. After tackling the long lines at the registration table, we found the band hall for the beginning flute choir rehearsal. 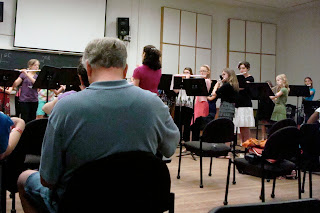 There Katie joined a roomful of other beginning flutists to learn a piece the choir performed after 45 minutes of rehearsal. 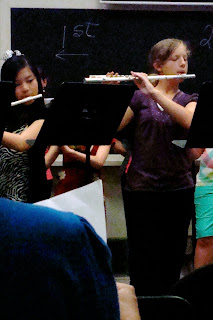 It was a great experience, but Katie surely got tired of standing all that time! 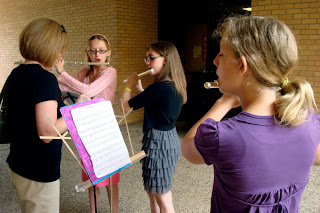 After perusing the vendors' displays (and trying out a bass flute—cool!), Katie joined two of her classmates for their ensemble performance. 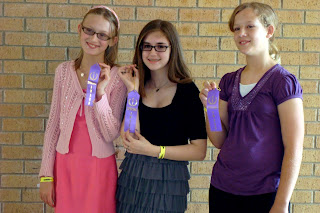 They did a great job with "Tomorrow"!

Later on, Katie played her solo for an appreciative judge. Then we were off to another flute choir concert, this time by Flutissimo! (and yes, the exclamation point is part of the group's name). 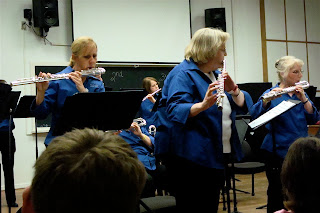 The concert was called "All in the Family" and featured the different instruments in the flute family. We heard piccolos, alto flutes and bass flutes during the performance. 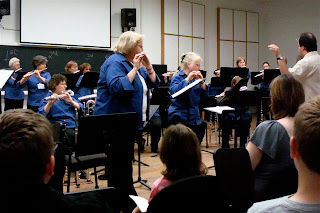 It was cool to see them all in action, and it was a great way to wrap up our day!
Posted by See-Dub at 7:39 PM