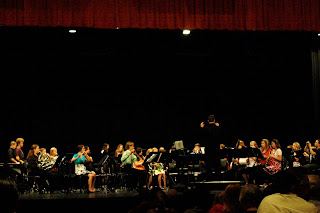 Ryan's band did a great job with its three pieces. 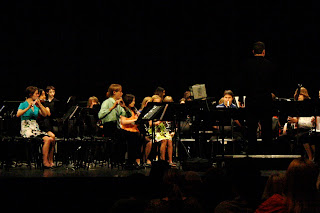 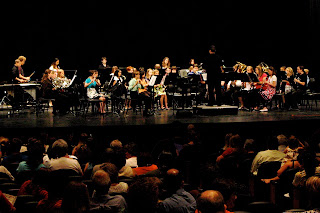 And we were excited that we could see Ryan's forehead through most of the performance!

Another highlight of the concert was when Mr. Smith called the other band director, Mrs. Shadman, at home. She had just given birth to her little boy, so she had a good excuse for not making it to the concert! On speakerphone, however, we got to hear from her. I especially loved it when Mr. Smith's asked her a question: "Is it hard to have a baby?" Her response: "Not as hard as teaching middle school!"

But the best part of the night was when Mr. Smith announced the outstanding players for the symphonic band. The outstanding brass player for 2009-2010? 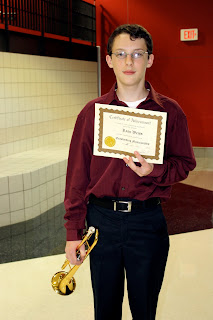 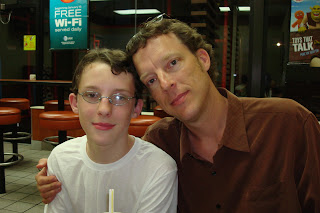