At this point in the fall, we'd already fallen into a routine. With Ryan getting ready for band, Brett, Katie and I would eat dinner, and then Katie and I (and sometimes Brett) would head to the stadium. But on this Friday, Brett and Katie met me at my school. The occasion? The faculty tailgate on campus before BHS's volleyball and football games.

After enjoying burgers and hot dogs, Brett went on his way while Katie and I moseyed on over to the gym to catch the BHS volleyball game. 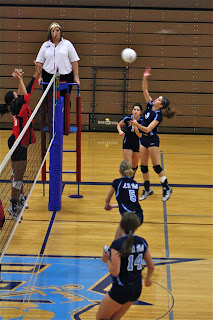 We couldn't stay until the end, but it was fun to cheer on our girls while we could!

From there we went to the RHS game, which was at another school's stadium. I'd never been there before, so it was a bit tricky navigating the parking situation. We were getting there later than usual (because of the VB), and that stadium has very little on-site parking. Upon approaching the stadium, I mistakenly turned into a parking lot that ended up the school's (and not the stadium's), so I U-turned and got back on the main road. On that road there were no parking options (except for paying $5-8 to park in a church lot), so we ended up back at the school! By the time we hiked from there to the stadium, we had missed the pregame and kickoff.

Anyway, here are the highlights: 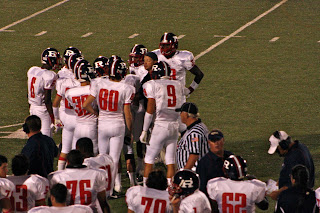 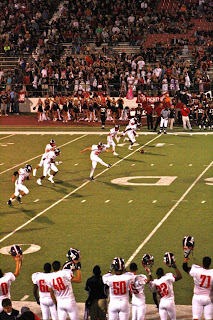 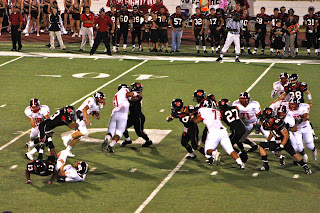 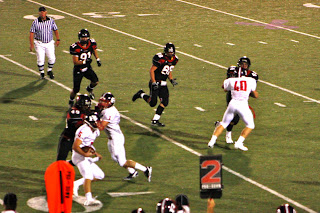 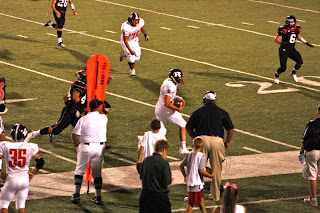 It was on this play that the RHS quarterback was injured. 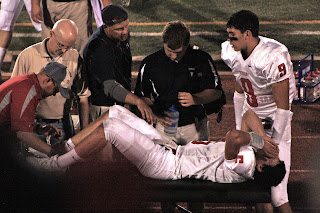 Seeing him in pain made us hurt for him! Just hate that he would have to spend the rest of the season on crutches. I can only imagine how disappointing that was for him and how worried his parents must've been. 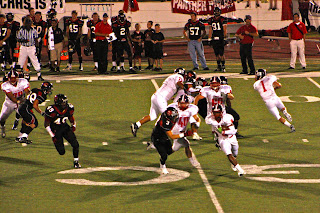 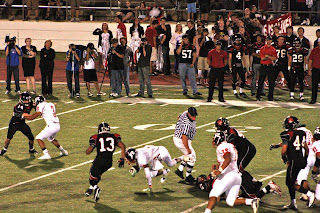 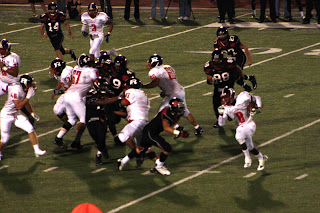 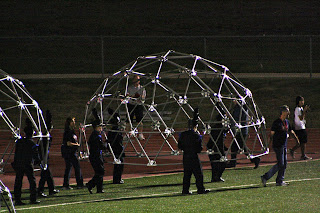 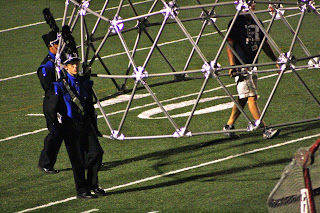 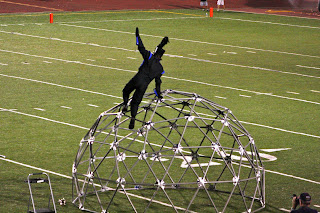 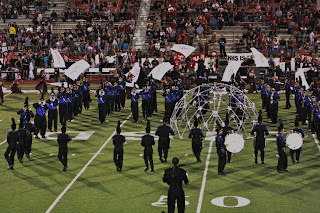 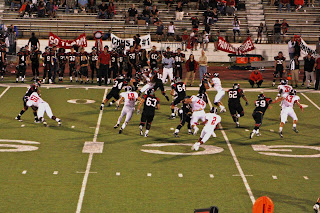 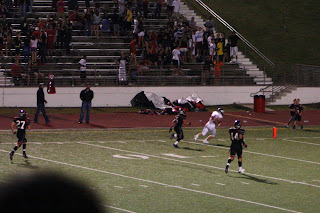 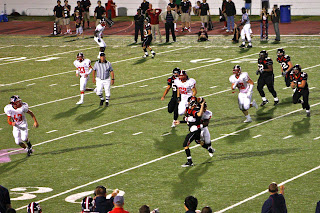 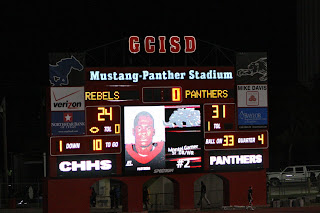 It was a close, exciting game, but the Rebels came up short. The backup QB did a great job stepping in after the injury, but the CHHS offense won it for the Panthers.