We try to catch a Rangers game at least once each summer, and this year, our trip to the Ballpark didn't happen until August, the day after I returned to work. 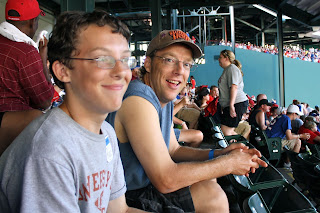 It was a warm evening, but we kept cool under the Home Run Porch. 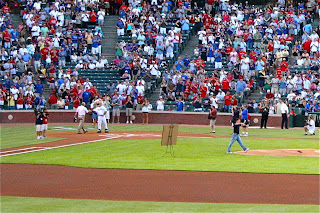 This was one of the first games after Nolan Ryan and Chuck Greenberg bought the Rangers, so Chuck threw out the first pitch. (Nolan played catcher.) 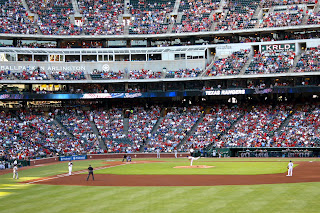 A big crowd was on hand because the Red Sox were in town. It was crazy to see how many Boston fans were there. 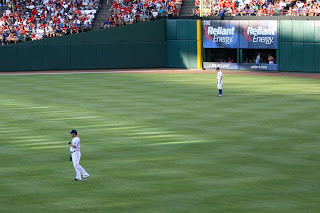 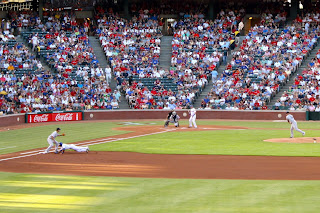 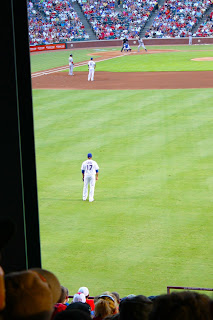 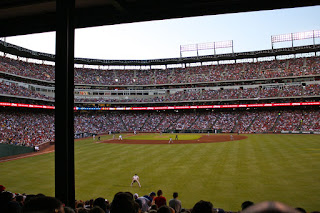 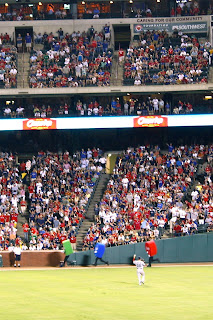 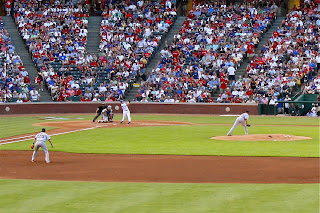 It was a great night for baseball, but it wasn't the Rangers' best night! They lost 3-1, but that one run (a J. Ham homer) came in the bottom of the 9th, which made for some late excitement.

In spite of the loss, the Ballpark was electric. Thanks to the new and very popular ownership, along with the Rangers' lead in the AL West, Metroplex baseball fans could tell this was a special season. After years of waiting for a pennant, could this be the year? As the ads said, "It's time."

Back in August we wouldn't have let ourselves dream it could happen, but the Rangers won that AL pennant and played in their first World Series this fall. So take that, Red Sox!