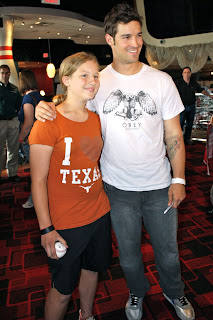 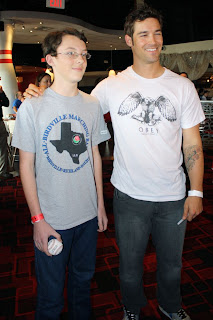 Rangers starter CJ Wilson is a pretty cool dude. He's a phenomenal pitcher, and he really knows how to relate to fans. One of his events was a fundraiser at Splitsville in Arlington. We went to rub shoulders with this hero from the Rangers' run to the World Series last year. 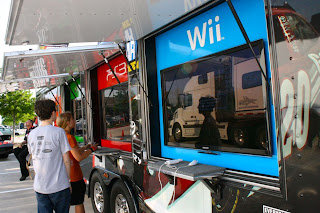 GameStop was there with a mobile gaming truck. 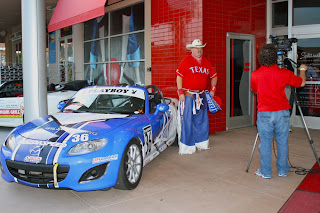 CJ is into racing (which explains his Twitter name, @str8edgeracer). A couple of his cars were on display. 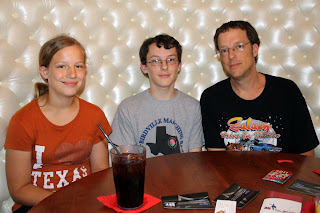 Inside, we found ourselves a booth to await the man of the hour. 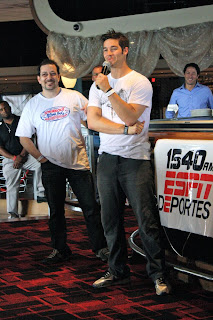 CJ greeted everyone as a group, 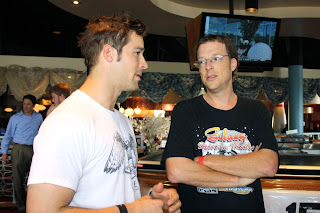 and then it was time for autographs and photos. He was kind enough to converse with Brett about the Rangers' amazing 2010 season. 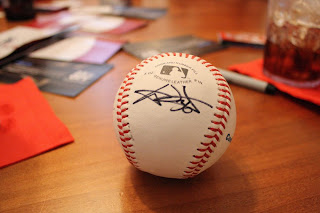 Pretty cool to have CJ's autograph! 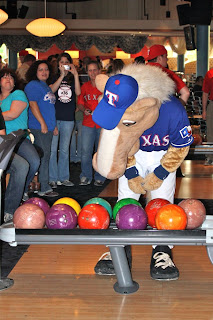 After the meet-and-greet, it was time to bowl! Captain, the Rangers' mascot, even got in on the action.

The kids and Brett bowled pretty well; I did NOT. Good thing CJ can throw strikes better than I can bowl them!