Nashville mission trip, part 1: Getting there.

It's a blessing to have a job that allows me to serve students and our community during the school year while giving me time to pursue other projects during the summer. It was a real privilege to accompany our church's high schoolers on their mission trip to Nashville, Tenn., July 5-11. 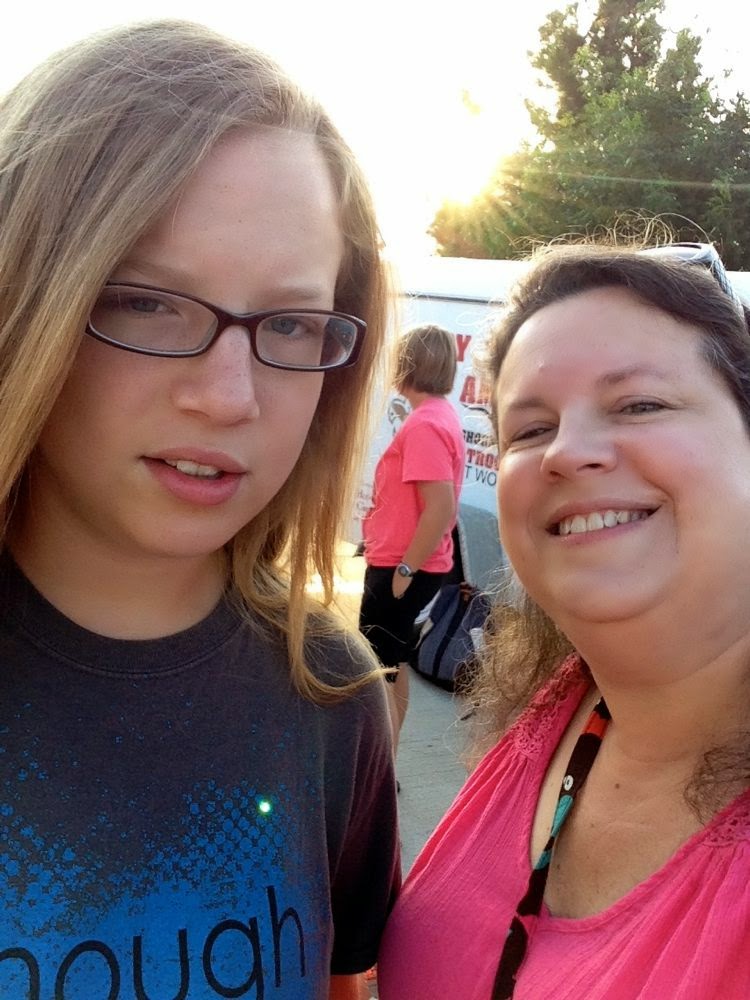 You can see how thrilled Katie was to have her mom as a sponsor. 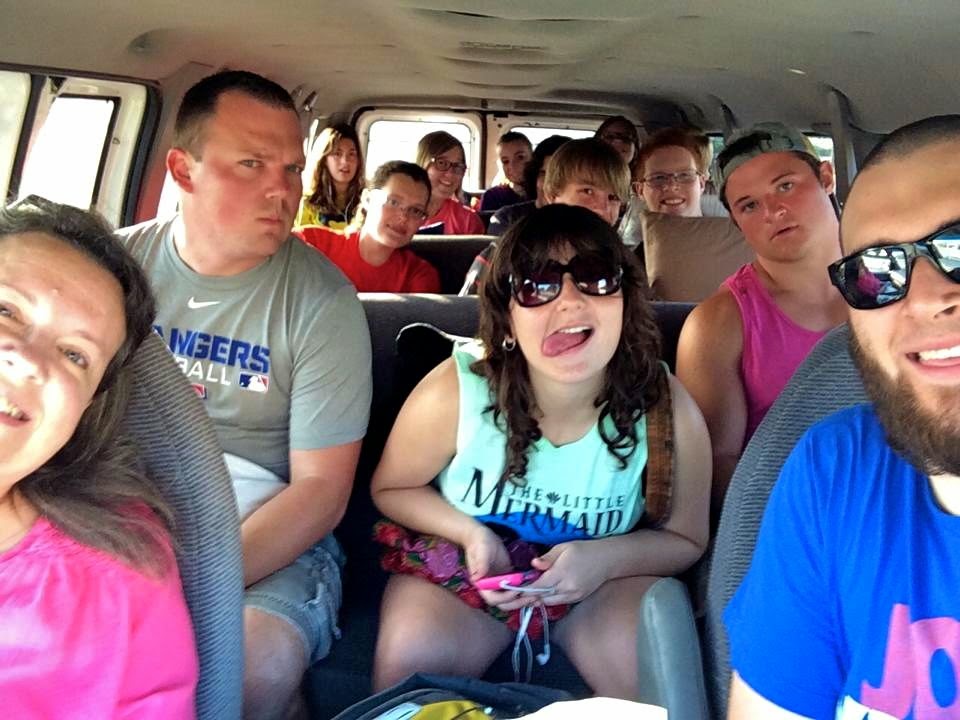 Our drive to Nashville was an adventure. Fifteen people in a 15-passenger van for 15 hours? Ooh-WEEE, was that fun!

After driving all day, we arrived at our Nashville hotel around 10 on Saturday, July 5. The next morning we visited the Oasis, a vibrant, growing church with a worldwide online presence and an amazing worship band. (After all, if you can't find phenomenal musicians in Nashville, where would you?) After that powerful worship experience, we ate lunch and then visited the Parthenon in Centennial Park.

Originally built for Tennessee's 1897 Centennial Exposition, the Parthenon is a full-scale replica of the original in Athens, Greece. 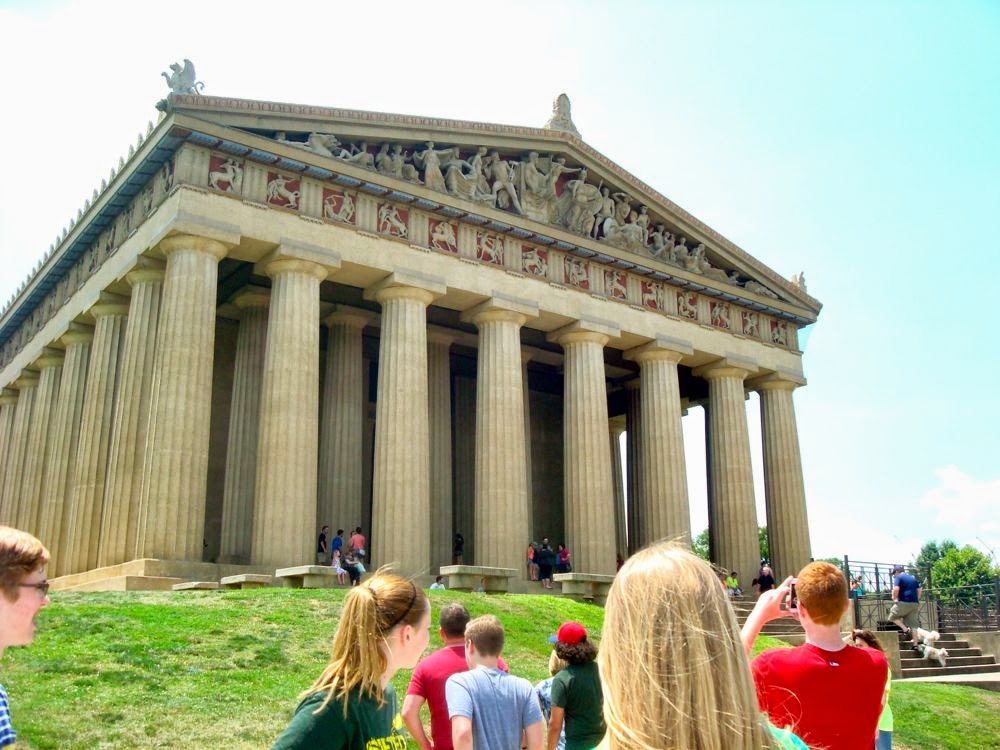 Since it was first intended to be a temporary structure, Nashville's Parthenon was originally built out of plaster and wood. When the city turned the former centennial grounds into a park, citizens decided to make the crumbling structure more permanent. The renovation was completed in 1925. 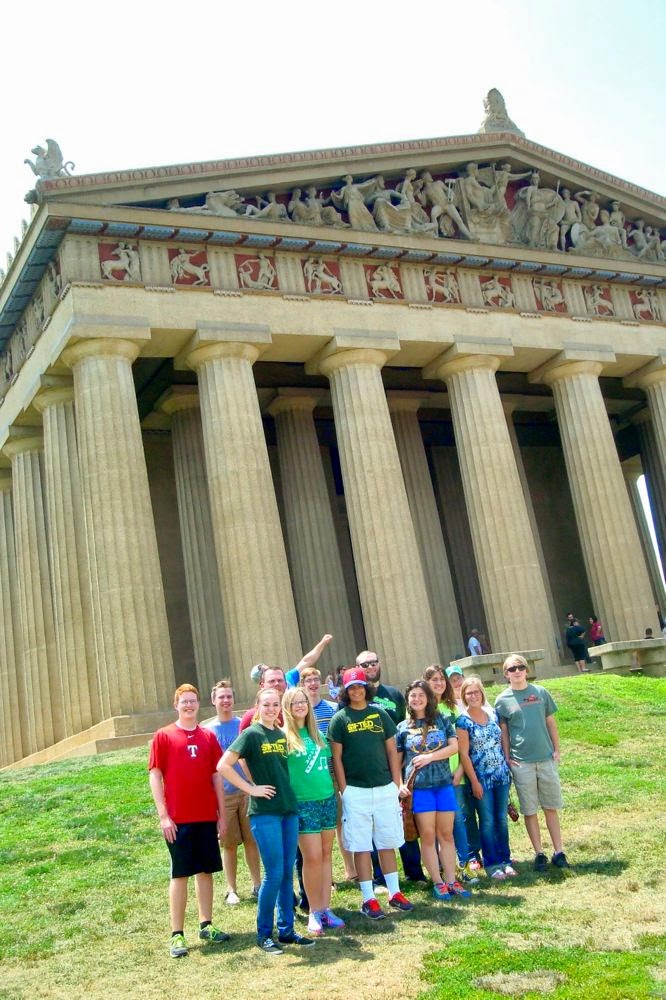 Soon after that, James M. Cowan donated much of his art collection to the city, with the understanding that the Parthenon would house an art museum. During our visit, we were able to see many of the 19th- and 20th-century American art masterpieces from his collection.

Our visit was extra nostalgic for me. Way back in the late 1970s, we took a family vacation to Nashville and visited the Parthenon there. I remember seeing it then and wondering what Nashville had to do with ancient Greece, but not much else. I do know that inside the Parthenon, we did not see this: 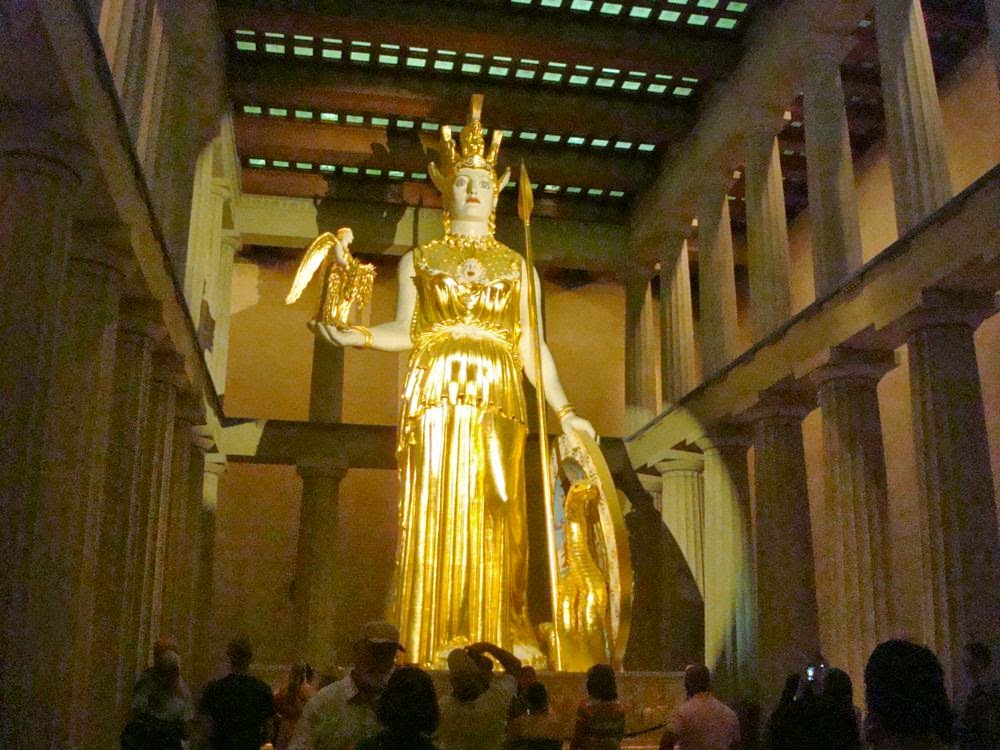 This is the 42-foot statue of Athena, the goddess of wisdom, war, the arts, industry, justice and skill. I know we didn't see it because it was constructed from 1982-1990 and gilded in 2002. 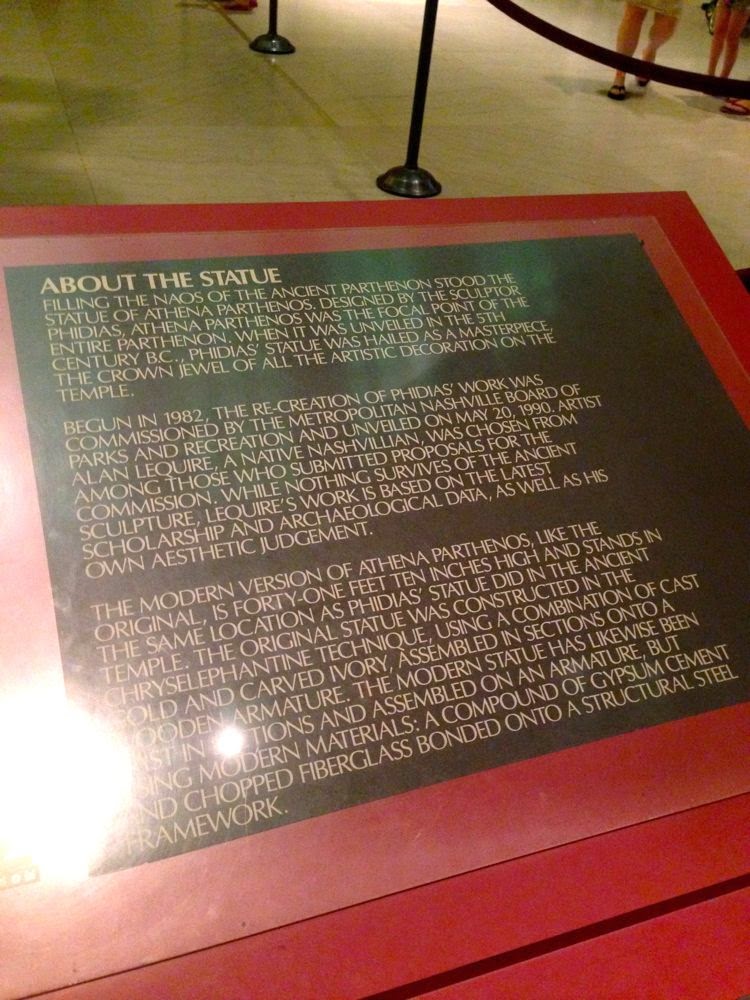 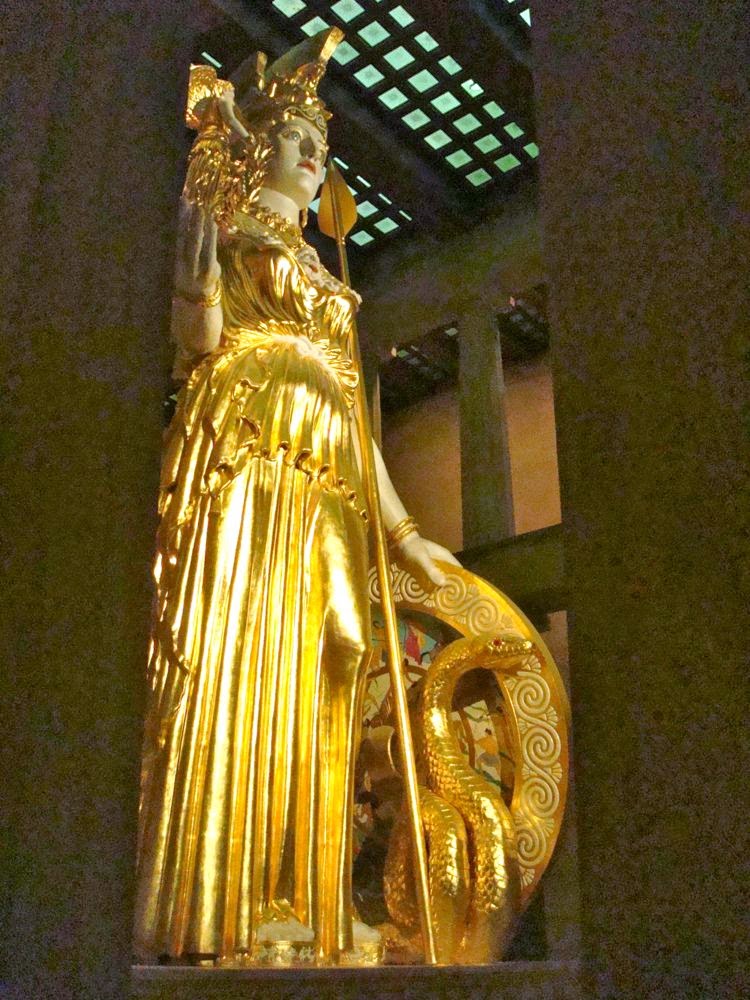 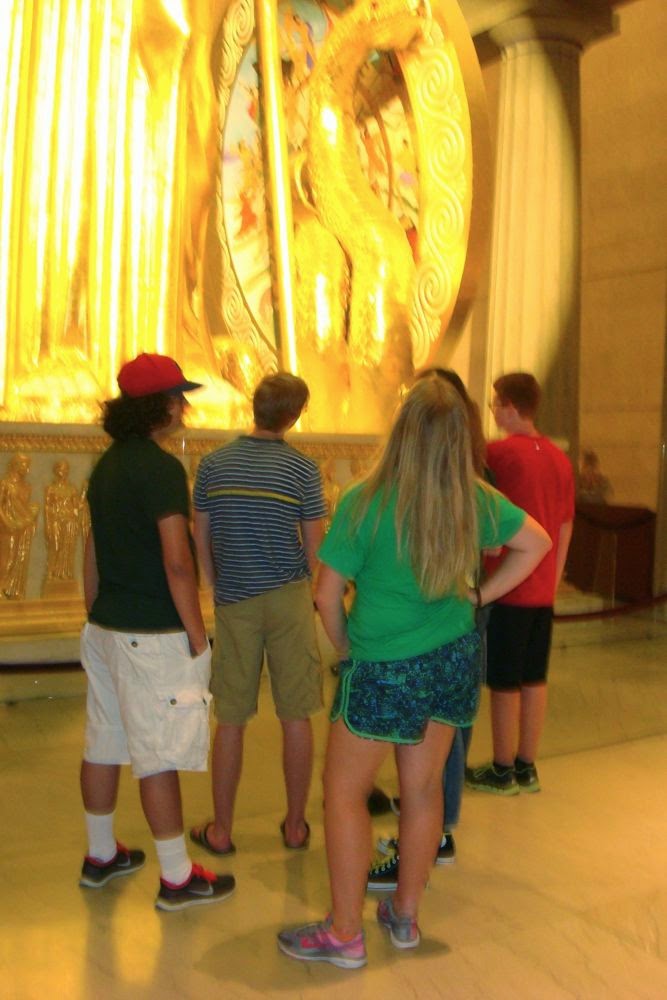 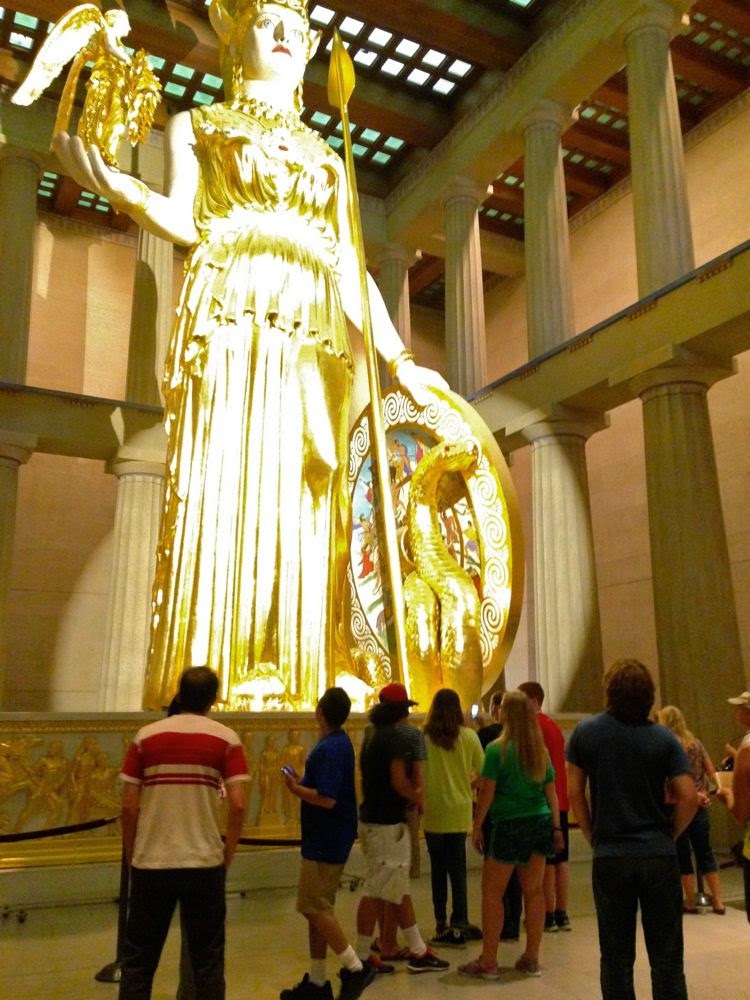 In Athena's right hand is Nike, the goddess of victory. At her feet (on that day at least) are some of Vertical Youth's missionaries. 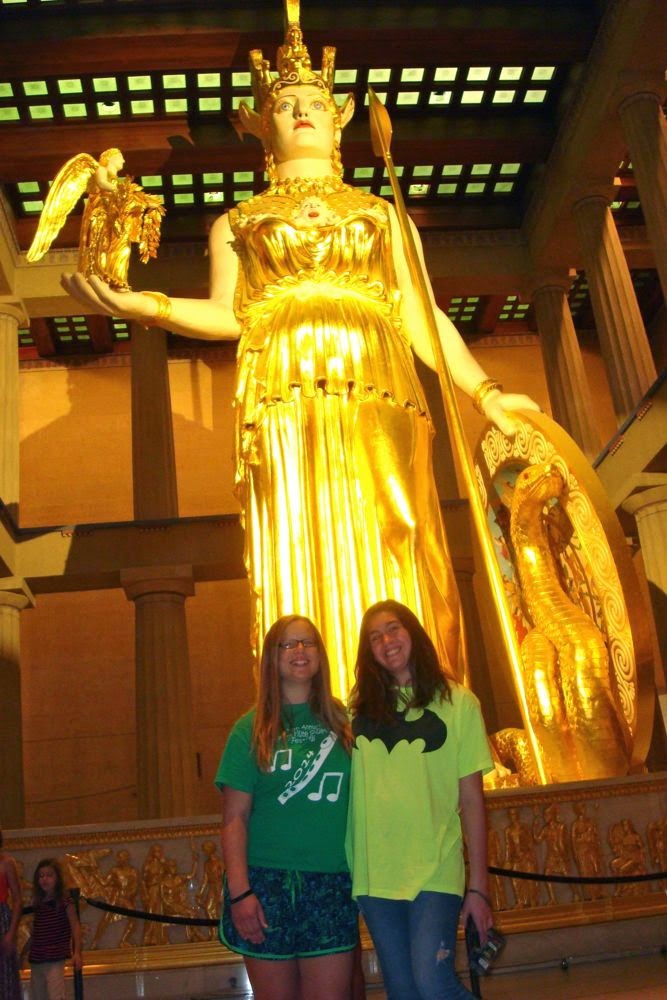 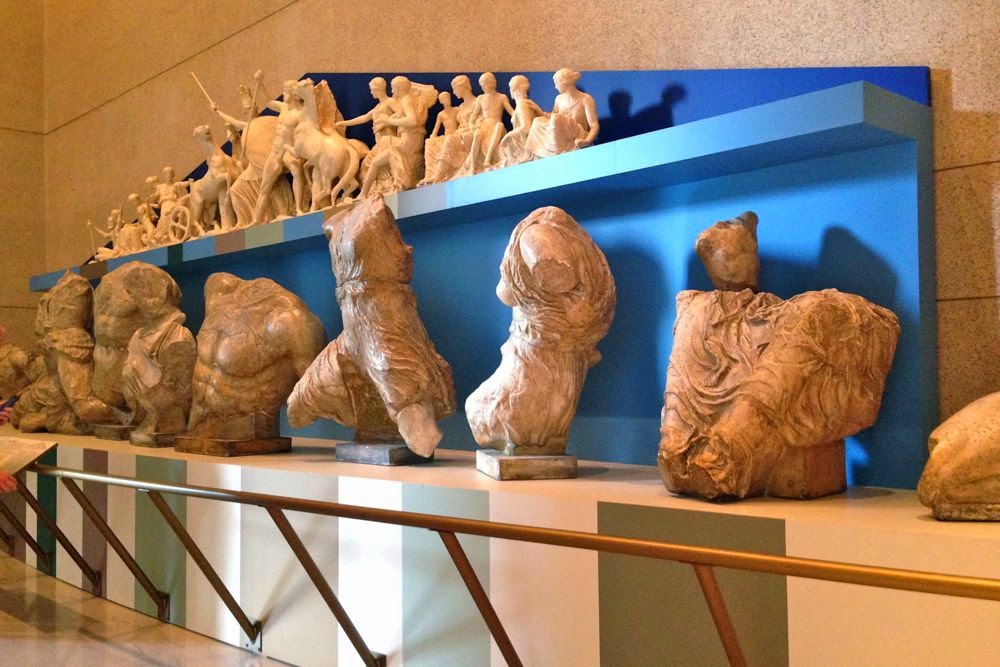 From Nashville's parks and rec site: "The plaster replicas of the Parthenon Marbles found in the Naos are direct casts of the original sculptures which adorned the pediments of the Athenian Parthenon, dating back to 438 B.C. The originals of these powerful fragments are housed in the British Museum in London." 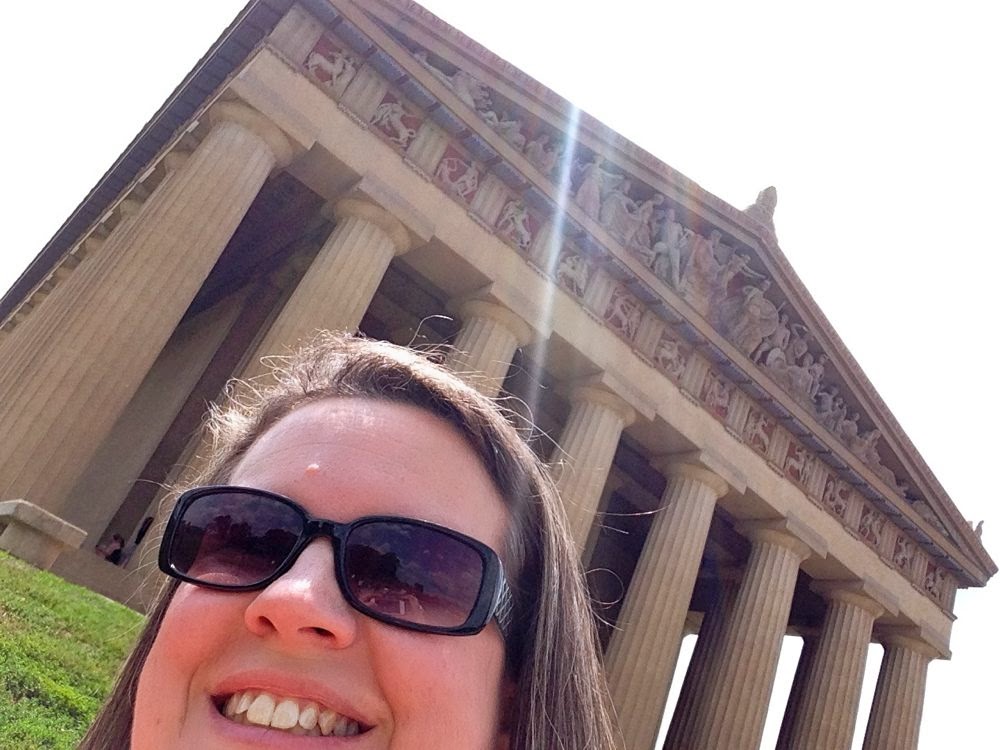 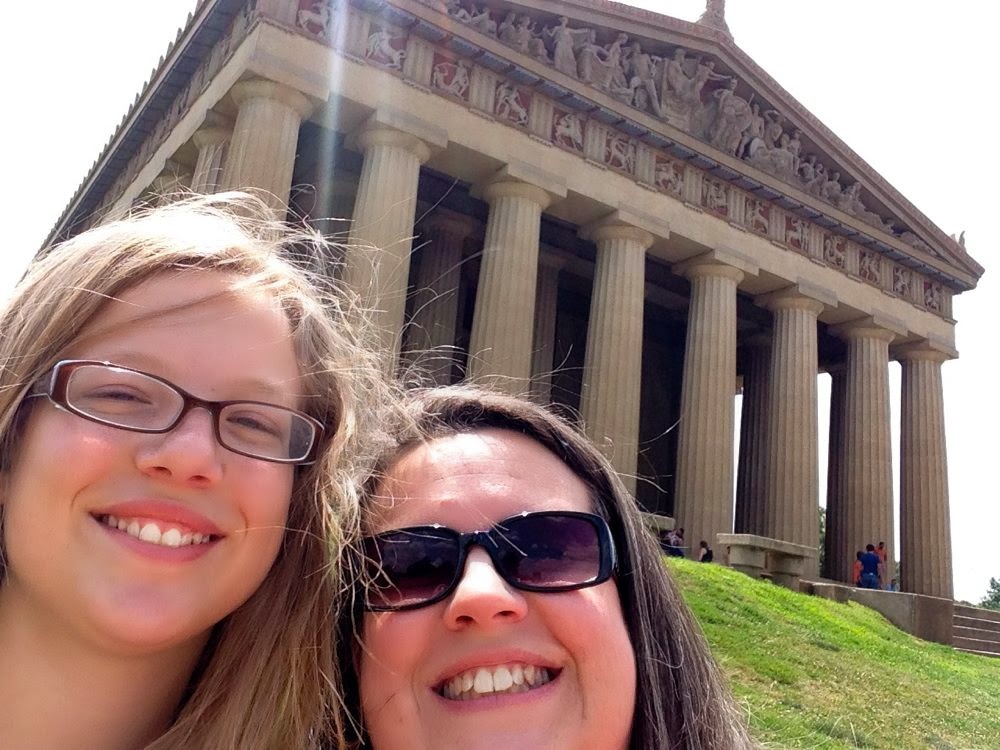 With all that travel and a little tourism behind us, we were ready to begin serving. Next stop: the Donelson Fellowship, our home base for our Week of Hope.