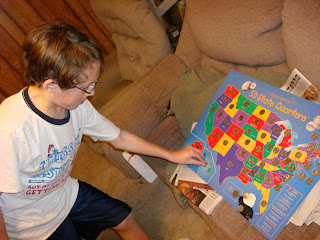 After 10 years of collecting, Ryan and Katie have now completed their state quarter map! 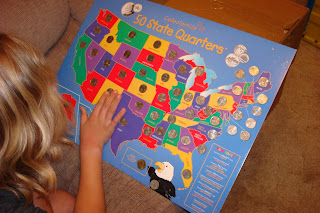 Hawaii, the last state quarter, was released in '08, but Ryan hadn't been able to get his hands on one until recently. Last weekend, he ceremoniously placed that last quarter on the map he's had in his room since he was 2. 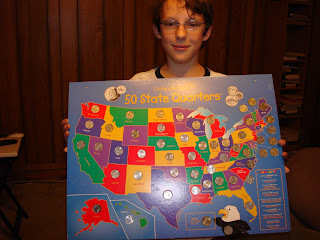 We can remember thinking that 2004, when the Texas coin would be released, seemed so far away, and 2008? That was just so far into the future, and now it's already in the past!
Posted by See-Dub at 3:56 AM