Feelin' it on the Fourth.

Katie came home from camp with a hoarse throat, and by Saturday, the Fourth of July, she wasn't her usual perky self. She wasn't nearly as sick as some of her fellow campers (one friend said it should've been called "Camp Infect" instead of "Camp Impact"!), she still wasn't 100 percent. Still, Katie insisted we keep our tradition for Independence Day. 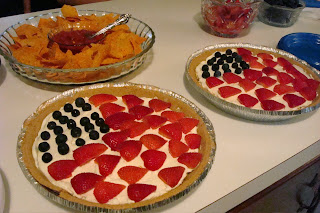 We started the afternoon at Nana's. 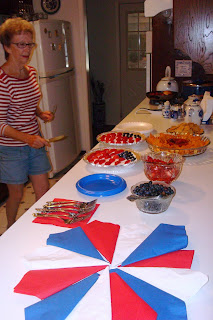 We had desserts and snacks. Yum! Later, we picked up some Popeye's chicken for our picnic at the Boys Ranch. 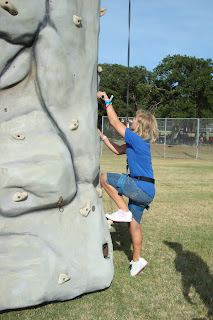 Katie really wanted to do the climbing wall in spite of her cold, so up she went. 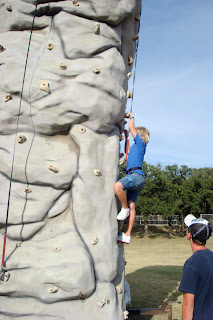 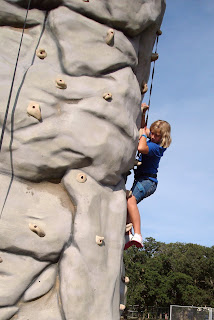 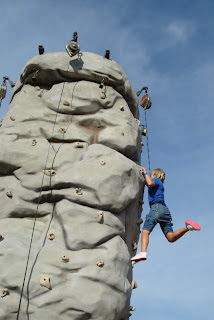 She got most of the way up and started to really feel the fatigue. 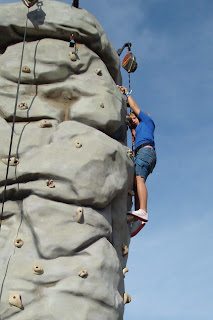 Even though she stopped a few times more than she would've if she were feeling better, she still made it to the top! 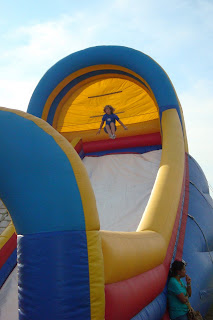 After that she slid down the giant slide and got a snowcone to try to cool her throat. It helped some but not too much. She was feeling pretty cruddy. All that physical activity plus the heat didn't help. We were just about to pack up and leave. 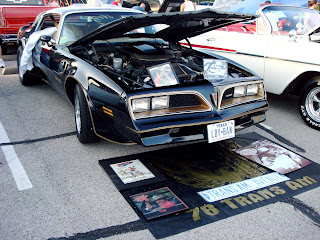 Meanwhile, Brett was checking out the car show. When he came back, he sent me over to see the interesting entries, like this homage to Smokey and the Bandit. (I really like the wedding dress hanging out the window.)

By the time I got back, Katie had eaten some and was feeling just a smidge better. We started to head toward the car, and she thought that maybe, just maybe, she was feeling better. We debated going or staying, staying or going, and Katie ended up deciding to risk it and stay a little longer at the park.

As it turns out, we ended up staying for the duration! 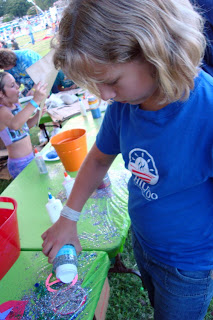 She made crafts, including this necklace and a pet rock, 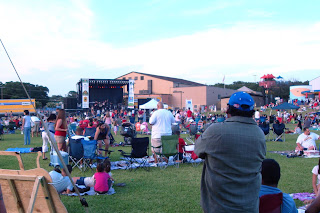 we listened to the cover band play, 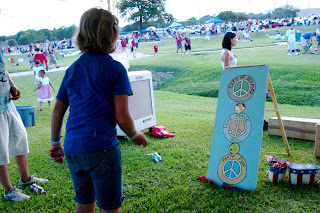 she played the beanbag toss, 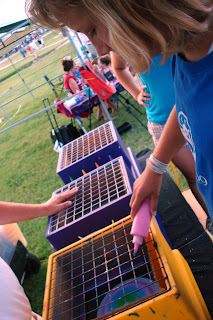 she made a spin art creation, 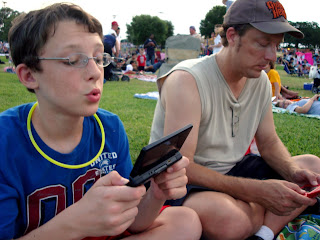 and the boys played with their electronics. 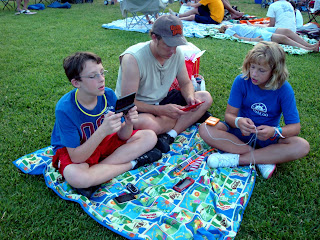 We really enjoyed the evening once the sun went down and it wasn't so hot! 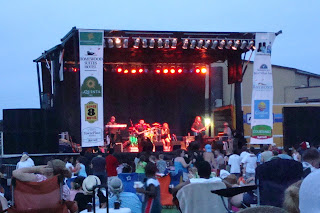 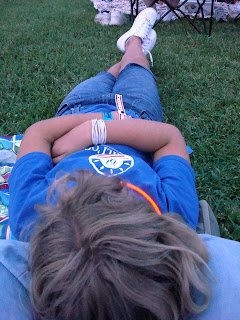 And Katie? She still wasn't feeling so hot, so she rested as much as she could. Still, I think she's glad she didn't have to give up this tradition that she's so fond of. 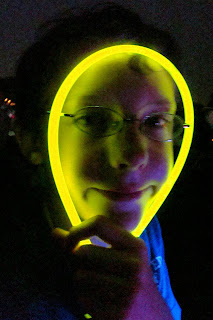 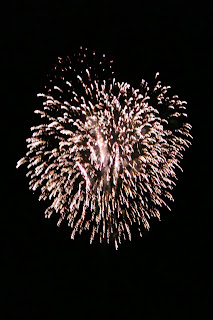 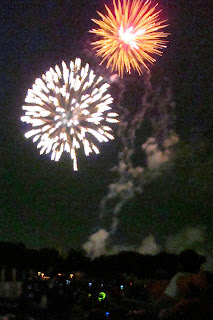 We love going to Bedford's Fourth of July celebration because it's such a slice of Americana with the cars and music and mix of people. And of course, we really enjoy the fireworks! But most of all, we love that we can just go hang out together for a long afternoon to celebrate this great nation of ours!
Posted by See-Dub at 11:51 PM