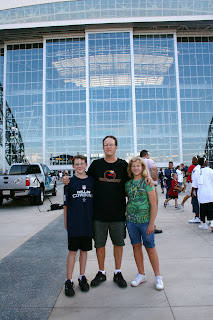 After nearly a week of the suite life, we were ready for a break. When we heard the Cowboys were having an open practice at the new stadium (Free! With $10 parking!), we were there! 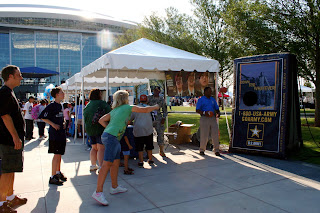 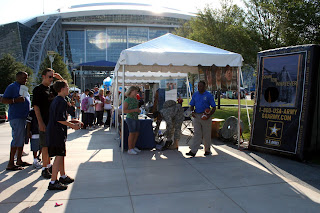 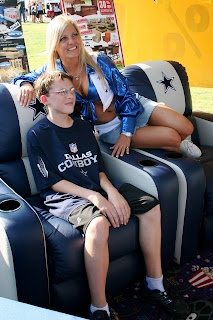 Ryan insisted on getting his picture taken with this cheerleader for some reason. 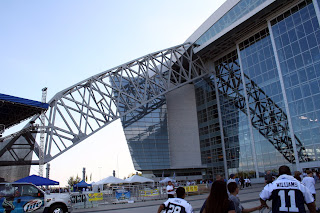 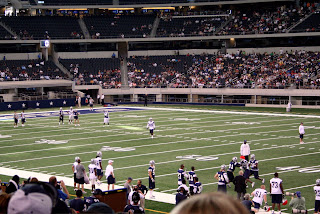 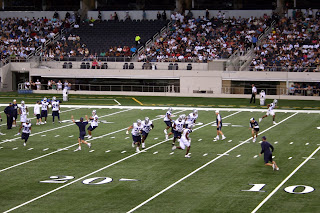 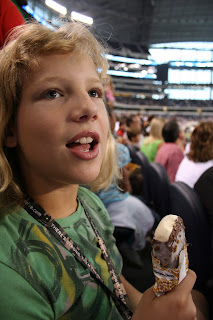 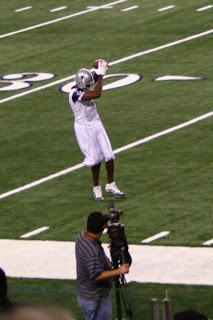 One of my favorite Cowboys, Texas Ex Roy Williams 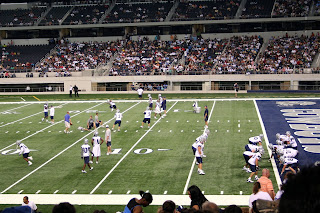 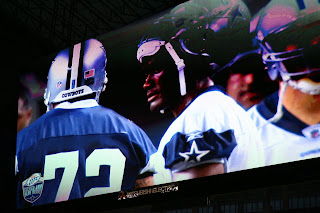 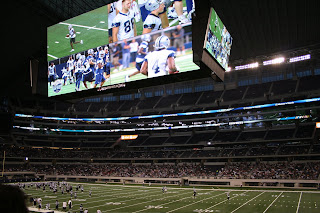 The video board was impressive. When it went to the split screen (four pix in one), I couldn't help but think they were just showing off! 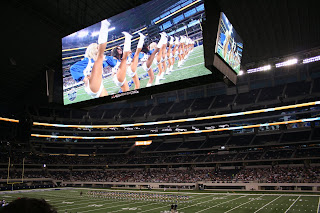 Jerry Jones tells visitors as they walk in that there's only one other screen like this one in the whole world. "Where is it?" they ask. "On the other side," he answers. 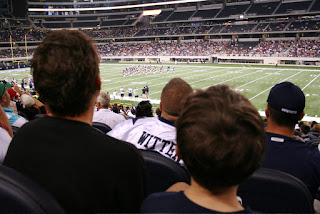 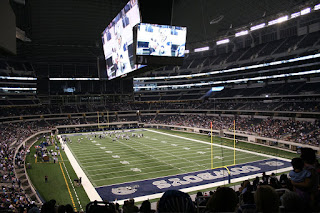 We were all impressed by the mix of natural and artificial light in the stadium. The sight lines all seemed to be really good, too, but no one was allowed to get in the upper decks for the practice. Our only complaint was that to get to the sideline seats, we had to travel through bunker-like corridors. It was pretty confusing for a first-time visitor, and some of the spaces were pretty claustrophobic. Some of the concourses were pretty narrow, too, especially considering how ginormous the building is. Still, it's an impressive facility! 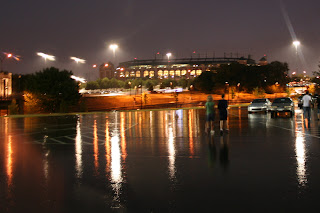 Cool view of the Ballpark across the way 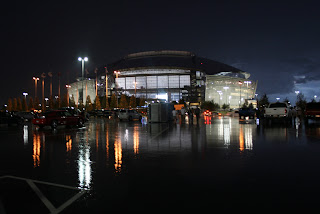