I believe every American passing through OKC should visit the national memorial and museum. Although Brett, Katie and I had been there before, Ryan had not. Tuesday it was his turn to learn about the 1995 bombing. 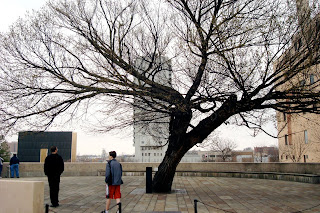 We started at the "survivor tree." I wanted him to get a good look at it before he saw photos of it from that April day, surrounded by crushed and burning cars. Then we got a good look at the "gates of time," denoting time before and after the explosion. 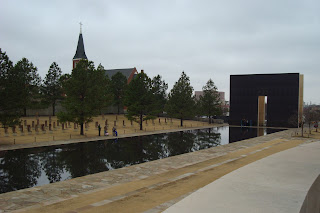 From there we headed indoors to see the museum. 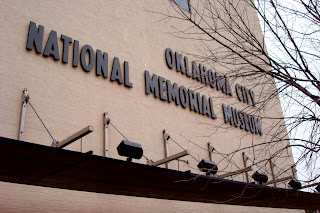 It is powerful to see the impact this event had on us as individuals and as a nation. In spite of the tragedy and loss, the museum is able to convey the incomparable Heartland spirit that carried people through those dark days, our first real brush with terrorism in those pre-9/11 times.

After the museum we went back outside to the symbolic memorial. It was overcast and cold, which seemed to fit our somber mood. 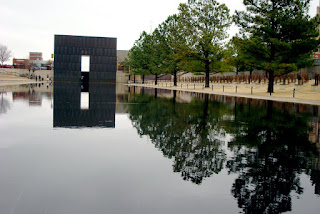 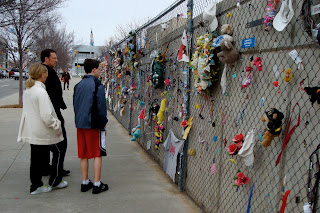 We visited the fence to find mementos other visitors had left there in memory of those who died. 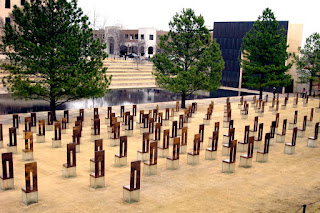 Then we just looked at all those chairs, each representing a life lost because of the bombing. 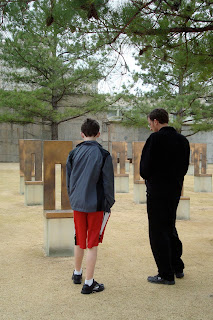 A park ranger there said it was OK to walk on the grass to get a closer look, so Brett and the kids did. 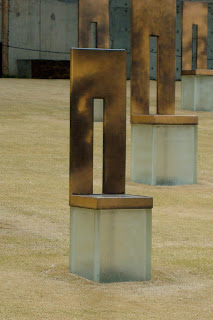 Being there gave me the chance to tell Ryan about Baylee and the other children who were killed that day. I told him how her sweet, smiling face broke my heart when I saw her picture in the newspaper. 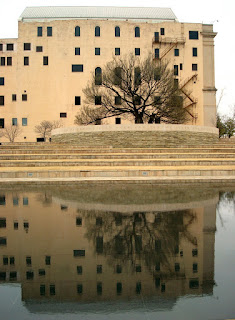 And we once again saw the survivor tree, still standing 15 years after the bombing that destroyed so much of that tree's surroundings. 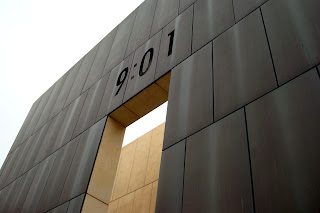 We can never go back to that innocent time before the bombing, but there at the memorial, we can remember those who died or were injured. 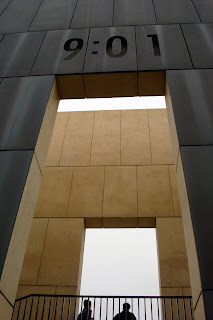 We can also pay tribute to all the people who showered Oklahoma City with goodwill.

From there we drove to Bricktown. We had a lunch date with Toby Keith! 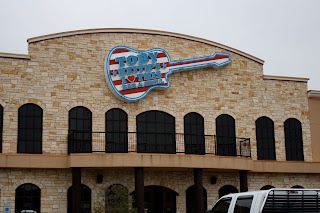 OK, we had a lunch PLANNED at Toby Keith's restaurant. We're not exactly TK fans, but we love the food there. 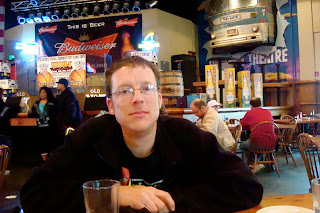 For the second day in a row, we had some gooooood ol' home cooking. We really love the spicy creamed corn there! 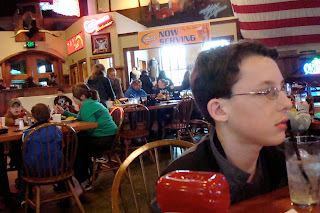 What I don't love? That upside-down longhorn over the door. I know Toby's a big ou fan and all, but DUDE. It's funny to me that during our trip we saw more anti-UT shirts and stickers than pro-ou stuff. WHO'S YOUR DADDY, sooners? Obsess much?

We had planned to cruise the canal via the Bricktown Water Taxi, but it was a COLD afternoon! Instead, we took a brisk walk over to the land run statues: 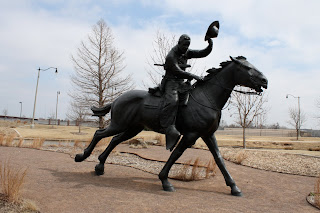 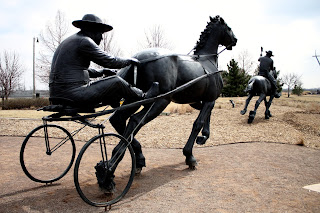 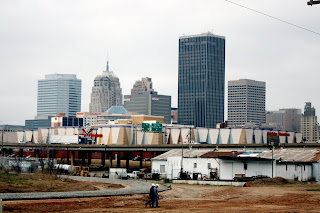 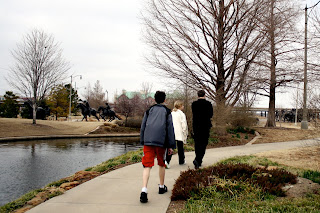 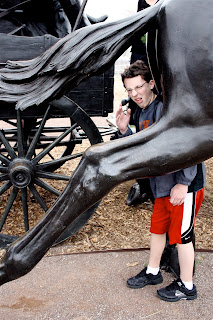 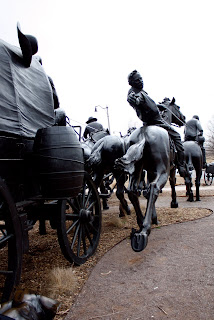 The sun was teasing us, peaking out from behind the clouds to give us just a little warmth. Since it was warming up just a tad, we kept walking around the canal. 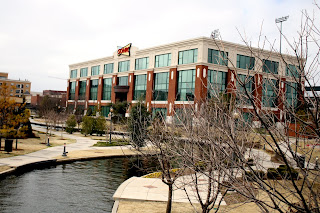 By virtue of my monthly Diet Coke with lime intake, I'm obligated to take pictures of the Sonic HQ on each visit to Bricktown. 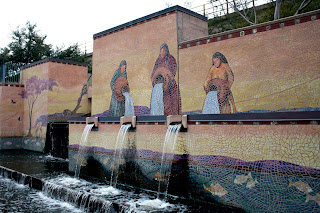 I still love this mural, too. Katie and I have seen these Bricktown scenes four times now. 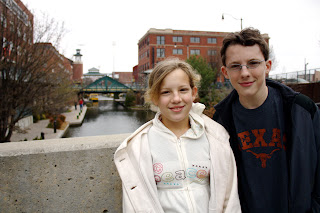 But how nice to get to show all of this to my boy! It was great for all four of us to explore the place together. 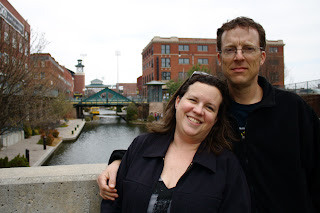 After this picture, we had (yet another) conversation about how hard it is to get Brett to really smile for pictures. He insists that you have to say something funny if you want a grin. My old standby funny line ("Dukakis!") doesn't work anymore. He insisted that if we want him to smile, we've got to make him laugh—for real. 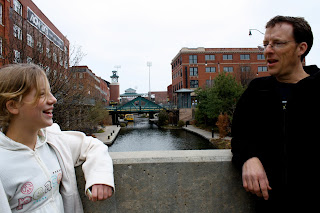 Katie took up that challenge, zinging one-liners to get Dad to crack. 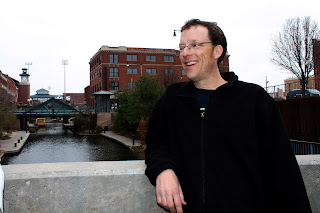 It worked! He smiled! 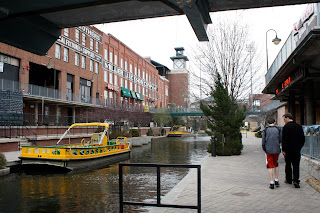 After our Bricktown stroll, we headed home, chilly but chilled out. Our quick trip was a great little get-away!
Posted by See-Dub at 11:25 PM