Last night we were downtown for the pops concert, and as we walked toward Bass Hall, I couldn't help but think about the night 10 years ago that changed Fort Worth forever. 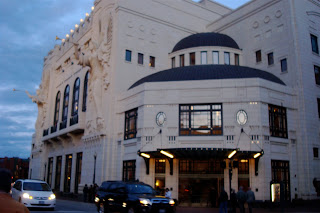 Bass Hall, although it was close to so much destruction, was largely untouched. Its angels with their trumpets still stand guard over that building, just as they have for more than decade.

But the old Bank One tower is no more. The remodeled building now houses condos and looks like this: 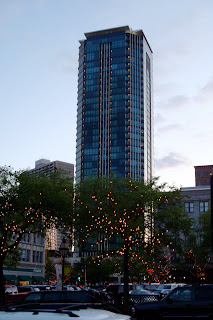 But 10 years ago, after the tornado ripped through downtown, it looked like this: 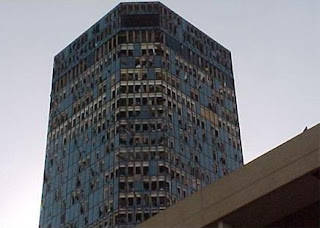 The night of the tornado, one of our friends was working in that tower. Brett's sister and another friend were both driving to work and found themselves in the middle of the storm. We had friends who lived downtown, and as we found out later, a friend who had gone down to the basement of the downtown Y after seeing the large windows there bow in and out.

But our family of four was at Chick-fil-A in the suburbs. It was "family night," and in those days we spent quite a few Tuesday nights with some church friends at that particular restaurant. The kids were on the playground when a manager said they'd better come indoors; it was hailing. She came around a few times to say we were under a tornado warning, and when one was spotted on the northside near I-35W, she told us we all needed to take cover.

So where do you find cover in a glass-wrapped Chick-fil-A? Why, the refrigerator, of course! We huddled in the walk-in fridge, nervously joking about how long we could sustain ourselves with brownies and carrot salad.

It was nervewracking, but we were safe from the deadly winds, which ended up hitting south of us. It wasn't until later that night that we learned about the downtown destruction. We heard about the Bank One building, the Cash America buildling and Mallick Tower, and Calvary Cathedral, the church building that had been demolished. 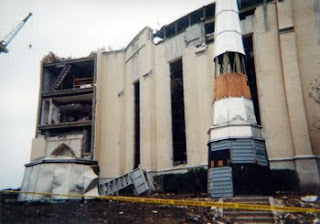 We had no clue how that destroyed building would change our lives and the life of our church family.

It was soon after that night that our elders learned that Calvary Christian Academy had lost its home when the church was destroyed. We had room in our building, so the invitation was extended and accepted. CCA moved in and shared our classroom space during the week. Meanwhile, Calvary Cathedral was holding worship services in tents, and as summer approached, that arrangement became tiresome. That's when the church began using our building on Sunday afternoons.

Eventually, the Calvary leadership learned it was not feasible to rebuild on their old property, so they approached our elders: What if Calvary bought the Midtown building? Previously a church growth expert had suggested our congregation move, but months of trying to sell our building had gone nowhere. But then this?

It took a lot of prayer and a giant leap of faith, but the elders accepted Calvary's offer. Land was acquired for our new home north of town, and plans were set in motion to build on a pasture. When we drove up there for the groundbreaking, there weren't even roads yet, but there were plentiful cow patties! There were also bunches of signs for home builders.

Today there are bunches of HOMES. 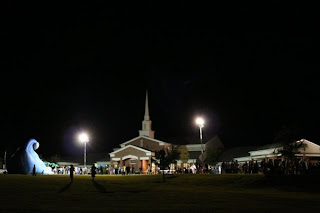