Marshall reunion and return to Tyler. 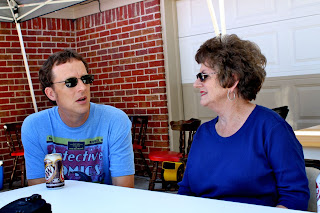 For several years now, Brett's mother's side of the family has had a reunion in Marshall. This year I was excited to be part of that tradition. It's great because not only do we get to see the Marshall cousins, but most of the Arkansas family makes the trip, too. 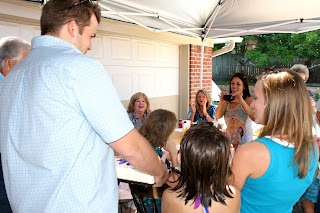 This year's reunion included a surprise for Brett's sister Kelly. 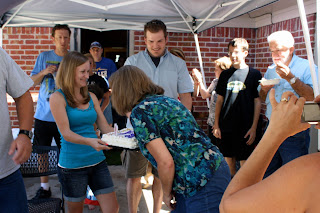 It was her daughter Cara's idea to celebrate Kelly's big birthday a little early at the reunion. 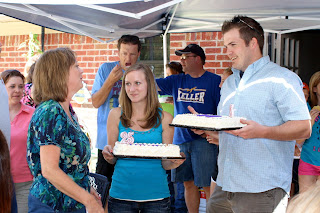 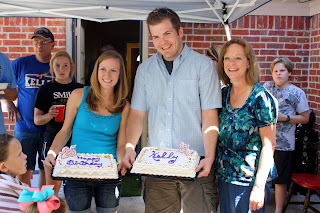 It might be tacky to point out which big birthday this was, so I'll just mention that both cakes had "25" on them!

After spending Saturday night in Marshall and eating the traditional post-reunion lunch at Subway, we headed home. Since we were passing my old stomping grounds, though, we planned a little detour through Tyler. 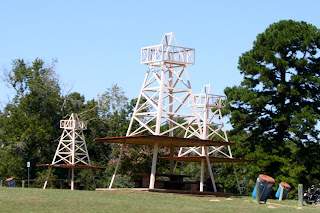 By the way, I love the East Texas oil wells at the picnic areas!

It had been YEARS since I'd been to Tyler, so Brett and the kids humored me as I turned our drive around town into a trip down memory lane. 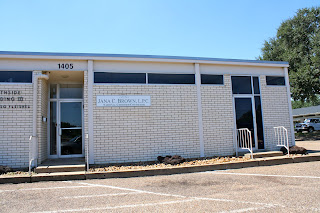 Our first stop was the office building where my dad worked for years. His business first occupied the space just inside the door to the left. Later he moved across the hall to the larger space accessed through the door on the right. I knew that address, 1405 S. Fleishel, by heart because of all the times I stuffed and addressed envelopes for him! (I still remember the phone number, too—595-3674—because it was imprinted on just about every pen in our house back then!) 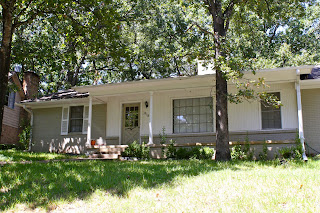 Speaking of our house, we drove past the old homestead on Miller Drive. My mom had been in town not long before, so I already knew that the pretty red brick had been painted, but still... Just not the same!

We drove past two of the three elementary schools I attended (including the one where my mom taught for 20 years), but both of those buildings were torn down to make way for brand new schools. (I knew the old schools were gone, but it helped to see the new buildings on those lots. And wow, were those new constructions needed!) 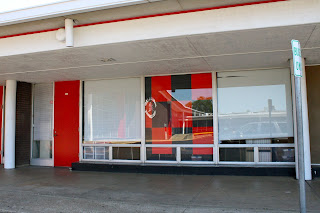 My high school, Robert E. Lee, has changed somewhat, but it was nice to find the journalism room, H105, just where it's supposed to be. (Actually, I have no clue if journalism classes still meet there. In fact, I'm pretty sure that if they don't, I don't want to know about it!) 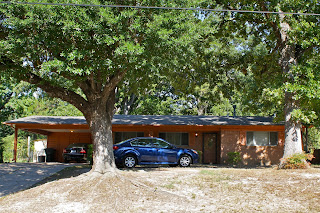 We also drove past our old house on Northcrest. I have so many memories from this place (watching Donny and Marie in the den, having a bicentennial-themed birthday party, roller-skating on the carport scared to death I'd roll down that driveway), so it was good to see this house again. It'd been so, so long since I'd taken the time to drive down that street!

We also paid a visit to the cemetery to see Daddy's grave. 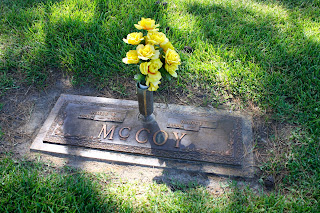 I know that some people have neither the desire nor the need to see the places where their loved ones' bodies are interred. I also know that I'm not one of those people. I NEED to go there, to remember those days right after his death, to make note of his body's final resting place, to be reminded that he WAS with us. 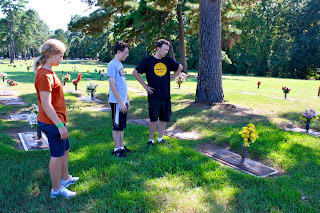 So! In spite of that sad stop, it was a fun weekend of reuniting with family and reminiscing about old times.