Ryan's eulogy for his grandfather.

Shared with his permission, Ryan’s eulogy for Papa. 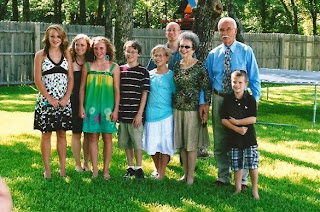 I don’t know where to start. For such a simple man, there were so many amazing things about him. Whether it be his actions, attributes, or way of living, my papa was truly incredible, and he left such an extraordinary legacy for my family.
Papa may be the most special and unique person I have ever known. And I’m really gonna miss him. I’d be lying if I said I wasn’t a bit angry. Papa was supposed to live past 100. In years past, his health showed that this idea was entirely possible. But as we all know, that didn’t happen. His life was cut short. It’s been a hard couple of days, and I know it’s only going to get harder as we learn to adjust without him. 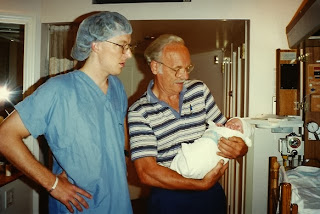 A friend of ours lost her husband in a car accident a few years ago on Christmas Eve. A few hours after Papa died, she messaged me saying to focus on the memories. They will give me peace and joy. And boy, have they. 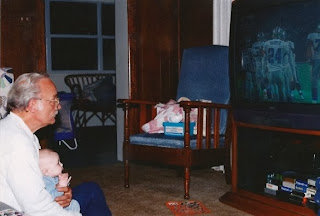 As I walked through the garage to go inside my Nana’s house yesterday, I saw all the bicycles and tools that Papa had. I immediately thought of when I helped Nana and Papa clean out their garage a few years back, and how much Papa and I talked, whether it be about school, the tools we were moving, or whether or not certain spray cans were still usable or not. You could say these were little conversations, but how special they were to me. 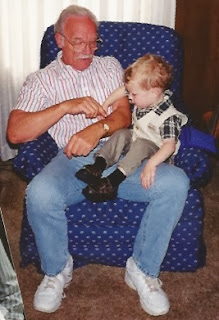 When my dad gave me allowance this morning, I remembered the “Papa dollars” Papa would give my sister and I during trips to Marshall and McGregor.

As I was riding one of Papa’s bikes Thursday morning, I remembered my friends at school talking about someone on Eden Rd called “the Bike Man” who would fix their bikes at an extremely low price.

When my mom, sister, and I went to McDonald’s a couple of days ago, I thought of Papa taking me and two of my cousins, Adam and Chris, to McDonald’s around Christmastime while the girl cousins would have a sleepover at Nana’s. 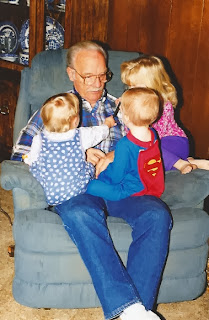 Even when I logged onto Facebook this morning, I thought of how excited Papa was when he first got an account. He would always call it “Facemask.” A couple of days ago I went back on my “Timeline” to when Papa first got his “Facemask” and would post on my wall once every week or so. Some of his posts would say “Hello, Ryan, how is school going? Going well here, watching the Rangers losing.” There were short ones like “see you at the game” and “great teeth.” How special these posts were to me.

Papa did so much for us grandkids. All those band concerts, sports games, baptisms, birthday parties, Papa was there. I think my favorite thing about Papa was that I never had a doubt in my mind that he loved us grandkids. I just always knew. His attendance at the functions mentioned above, his wall posts on Facebook, his bragging about us at his 50th wedding anniversary, his saying “Papa loves you” as we would say goodbye. Truly special. 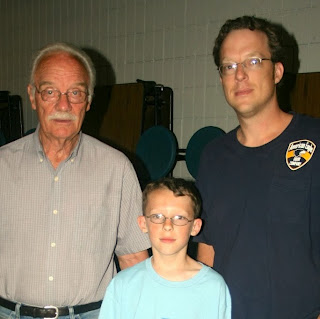 Shifting back to this past week. It’s been one of the toughest weeks of my life. Our whole family was pretty much camped out at my Nana’s all week as we prepared to say goodbye to Papa. He was becoming pretty unresponsive and by Tuesday he was pretty still, despite the occasional moving his hand to feel his head since he had a headache. However, something happened that night that was quite possibly the most special moment of my entire life. Our family was gathered around him, singing songs for about an hour. You could tell he enjoyed it, and every once in a while you could see him attempting to sing along with us. Eventually it was time to go home. It was time to say goodbye to Papa. Many of us thought that would be his last night. When it was my turn to say goodbye, I walked over to him and told him I loved him and how much he meant to me. As he lay there fairly unresponsive, I leaned over and gave him a hug. Then something truly incredible happened. He hugged me back. What a special moment that was, and a true testament of how much he loved me.

Ever since Papa passed away, all I’ve really been thinking about are these special memories. Looking back at them, I do feel a lot of sadness. I think to myself, he shouldn’t have gone so soon. I wasn’t ready. I want to see him again. I want to create more memories. Why did I ever say “no” to my dad asking me if I wanted to go visit him? 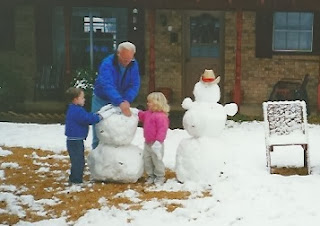 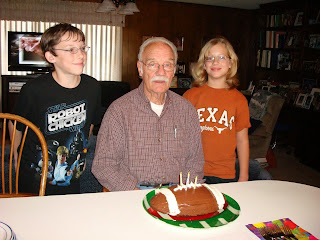