'Tis the season to be jolly.

No, it's not Christmas yet. It's football season!

Even though it's been the BEST OFF-SEASON EVER, I'm still thrilled to see the college football season get underway. And with it, we began a new tradition: 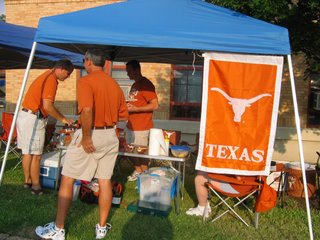 Our tailgate! We made breakfast burritos with HOT-HOT-HOT salsa. For our first venture, I think we did pretty well--even if we're not quite as fancy as these folks: 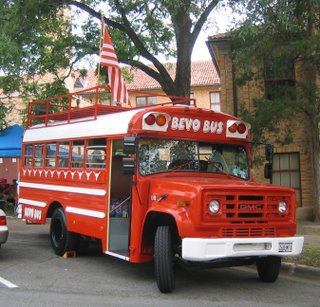 Inside the stadium, we got our first view of Godzillatron, our new, ginormous video board: 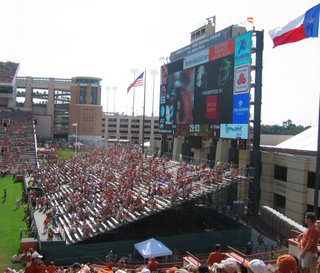 (Those bleachers in the south endzone are new, too.) Most of the time, the screen was cluttered with ads (leading some to call it Adzillatron), but a few times we got to see the 'Zilla in all of its widescreen glory, like during "The Eyes of Texas": 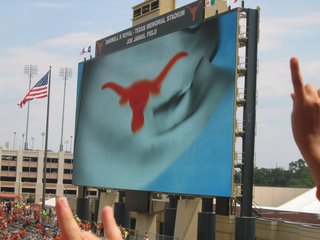 The game itself wasn't exactly a nailbiter. Here we're scoring our 56th point: 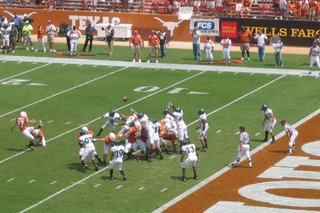 But I'm the last one in the world to gripe about a blowout, as long as we're on the winning end. If it hadn't been so HOT (I still don't believe it was "only" 96!), the game would've been more enjoyable, but it's hard to complain about any day that begins with a tailgate, includes Longhorn football, and ends with Salt Lick BBQ! HOOK 'EM!