My own Groundhog Day.

You remember that Bill Murray movie when he keeps reliving the same day over and over? If I had to pick one day to relive, Jan. 4, 2006, would be in the running.

I woke up in Los Angeles that morning to a gorgeous day. 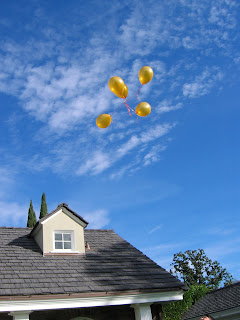 The night before had been a nightmare, thanks to United Airlines' total computer crash that led to long lines, handwritten boarding passes, and no assigned or guaranteed seats on the plane. It took a while to get a taxi, and then the taxi driver almost got us lost on the way to my hosts' home. But that was Jan. 3. On Jan. 4, I could walk in my friends' backyard and see this: 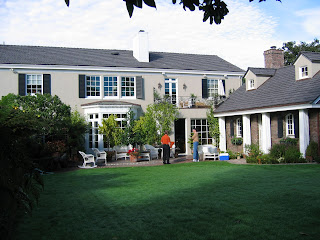 For brunch we walked down Beverly Boulevard, and I got my first glimpse of the Hollywood sign along the way. The weather was perfect, so we ate outside and enjoyed the fantastic company. 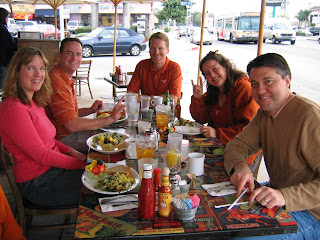 After brunch it was time to load up for the drive to the train station downtown. Just in case anyone doubted our allegiances, we had horns on the Jeep! We got lots of cheers and jeers at each stoplight. 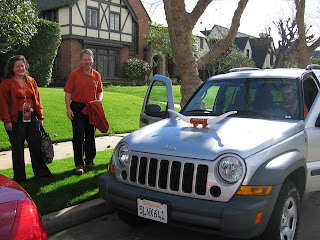 Once downtown, we boarded the train for Pasadena. Upon our arrival, we waited in a line many blocks long to board the shuttle buses that would take us the rest of the way. The second we stepped off our bus, we were smack-dab in the middle of a sea of people. 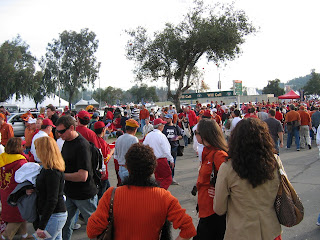 After wading through the masses, I finally got my first view of our goal: the Rose Bowl! 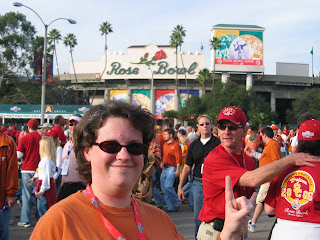 We made our way to our seats, and there was no doubt that this was the BIG TIME: 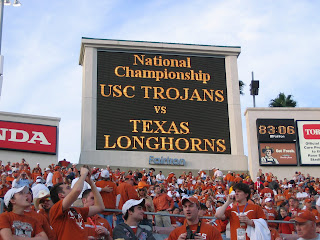 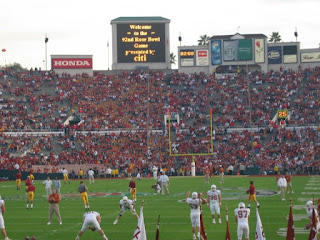 The game, of course, was crazy. Vince was out of this world. The final score still makes me smile: 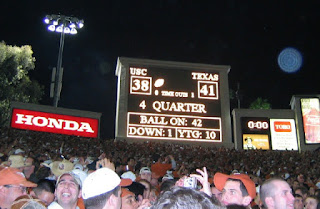 And the celebration was unforgettable, too! 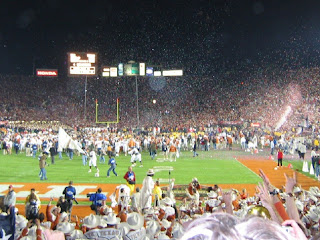 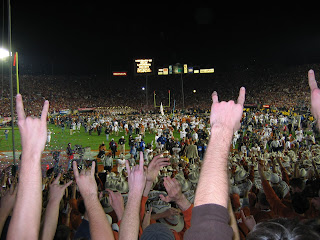 What an amazing day!

That was such a good game! Amazing that you were able to be there and experience that. What great memories!