After church we stocked up on "winter food" (Fritos, chili, cocoa mix) and headed home to get cozy. The roads were fine; in fact, we were delighted to see how the ice could transform our "ordinary" surroundings. 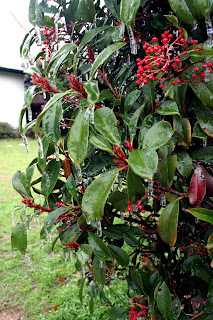 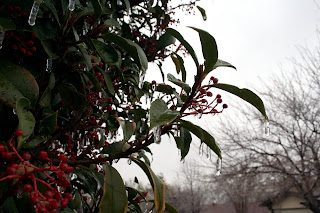 Ryan and Katie ventured out to go icicle hunting. Armed with light sabers, they attacked the vicious beasts. It was hilarious to see them swing those sabers around!
.
We had just eaten the best Frito pie ever when Nana called with a plan: She just happened to have this German chocolate birthday cake, and no small group members to help them eat it (since their meeting was called off). Would we like to come over to celebrate Papa's birthday a little early? His birthday's not until later this week, but the cake couldn't go to waste. Voila! Impromptu family gathering!
Nana and Papa's backyard was an icy wonder: 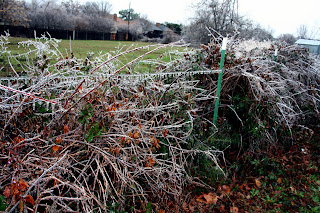 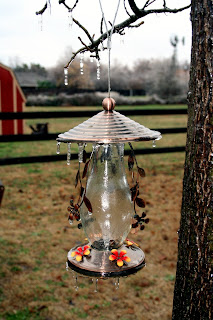 And inside, Brett's family gathered to honor his dad: 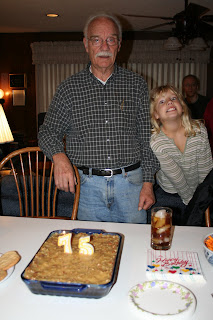 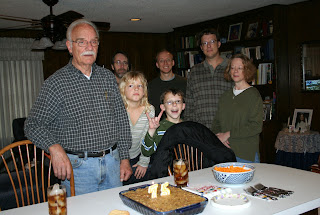 At home later that evening, Brett built our first fire of the winter and we watched Cars. 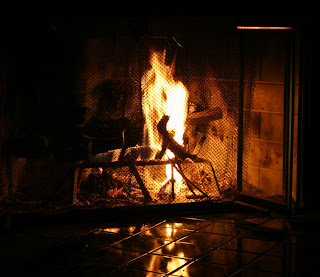 Getting to spend plenty of time together was delightful, and it was wonderful to go to bed knowing we didn't have to worry about driving to school the next day.