Back to the Drum. 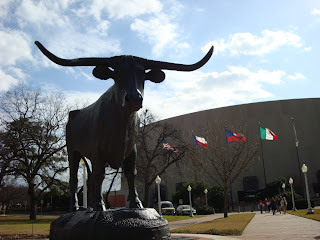 Way back in the winter of '86-'87, I spent plenty of time in the Erwin Center as a piccolo player in the Longhorn Basketball Band. My band stint lasted just one season, but until I graduated, I made many return trips to the Drum to watch the Horns hit the court. Sadly, I haven't been able to get back to Austin for basketball games nearly as often as I'd like. Until today, it'd been at least 10 years since I'd seen the hardwood Horns play at home.

When I realized the Horns were playing Baylor in Austin so close to my birthday, I had the perfect excuse to FINALLY take in a UT basketball game! Combine the game with dinner with friends and a willing babysitter, and Brett and I had a nice weekend getaway on our hands! 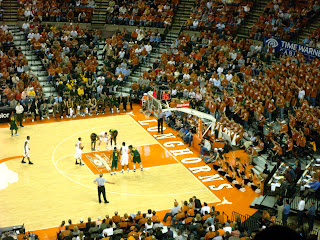 I used to have one of those front row seats in the band, right behind the goal! What a view! 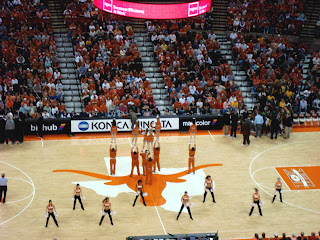 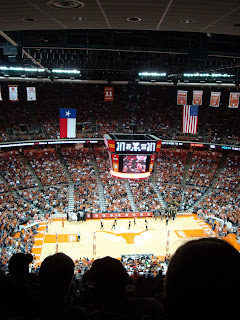 Our seats were three rows from the top of the mezzanine! 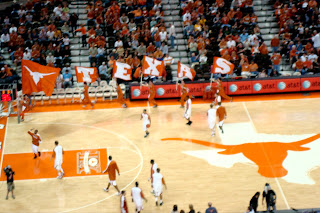 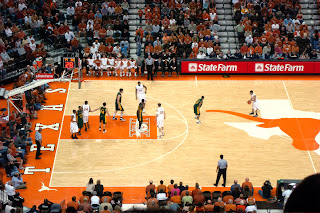 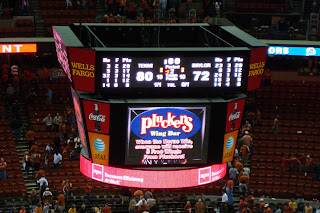 HORNS WIN! Pluckers for everyone! 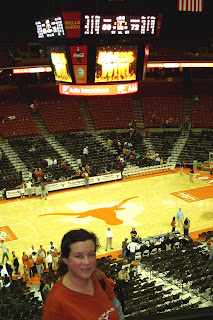 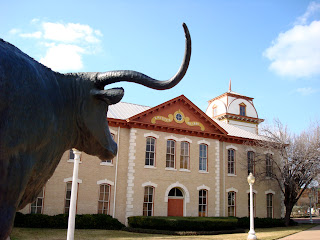