Since Brett was out of state for the weekend, Ryan and Katie accompanied me to Austin for some tailgating and some cousin time! 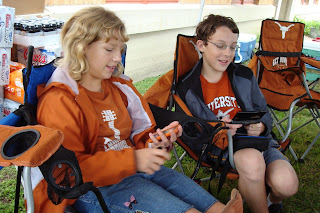 Nothing like a tailgate to renew your love for electronics, huh? 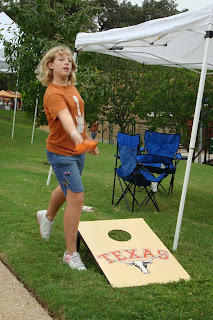 At least they got in some good rounds of cornhole, too. 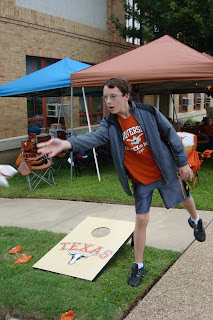 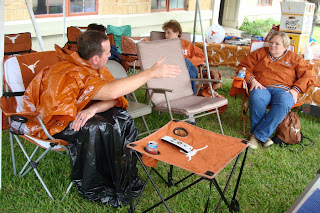 Considering how HOT we were just two weeks ago, it was crazy how chilly we were this time around! T had left his jacket at the hotel, so he improvised with a poncho and trash bag. Now that's classy! 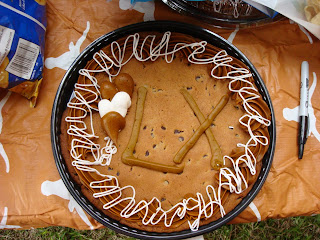 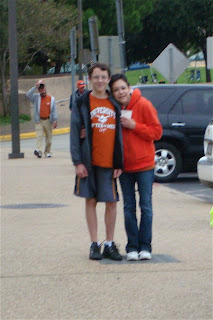 How cold was it? It was so cold, we kept making little trips down to the sidewalk vent that was radiating heat! 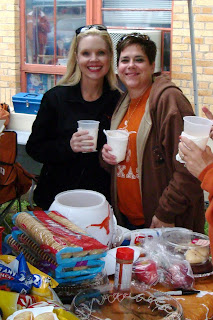 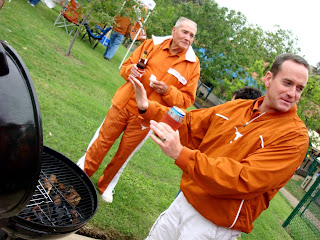 Once the grill arrived, we took advantage of the additional heat source. 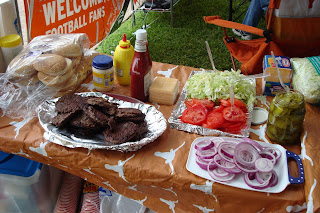 On the menu this week: buffalo burgers! We also had regular hamburgers, but the buffalo? Mmm, mmm, MMMMMMM!!! 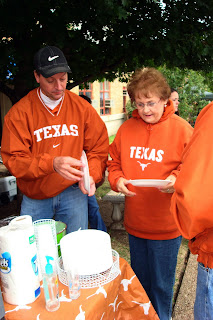 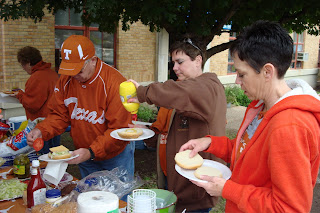 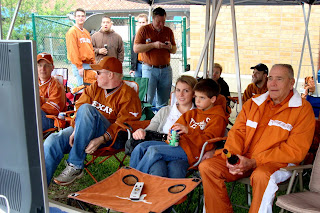 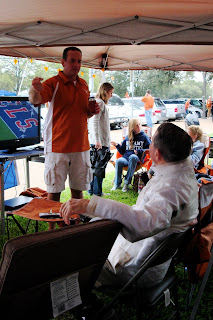 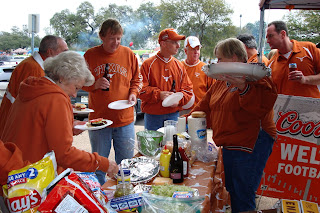 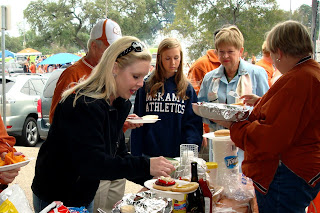 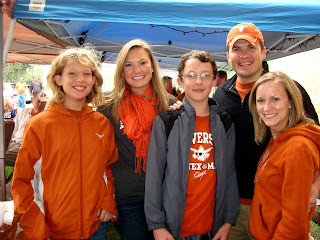 When it got closer to game time, Cara, Jeff and Jeff's sister, Katie, arrived for a visit and to take Katie and Ryan home with them. Since I didn't have tickets for the kids, they got to play with their cousins. 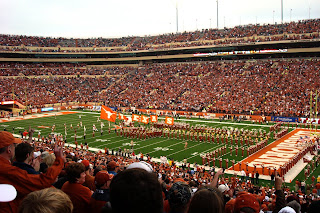 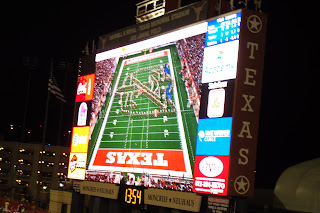 When halftime rolled around, I was delighted to see (and hear) that the Longhorn Band was performing its popular video game show. It featured music from Ms. Pac-Man, Zelda (see the logo above? It's sideways) and Mario (below). 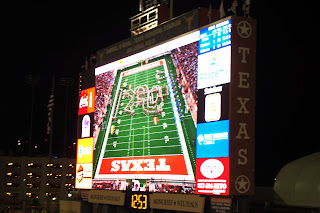 I loved the way Mario jumped over the "flames" (color guard)!

Here's the YouTube video from the northeast corner of the stadium: 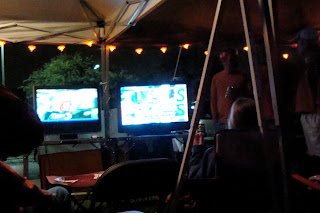 After our game we headed back to the tailgate spot to watch the end of Florida-LSU. 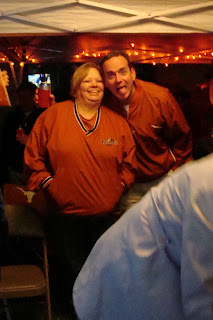 Maybe it was the cold, or maybe it was that we were relieved to have won an ugly, ugly game, but we were pretty punchy at the end of a long day!