It has taken a while, but now, only eight months after moving in, we're finally getting around to unpacking some of the last boxes in the garage. Part of the delay came from the long ordeal that was creating my Longhorn Library (a.k.a. Tacky Texas Room). And then there were furniture pieces that had to be in place before we could unload other items.

That was the case with our record collection. Now I realize that most normal people have given up their vinyl, but since when have we been normal? Besides, we still get a kick out of listening to LPs occasionally. You gotta love that gritty sound. 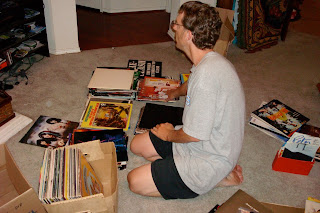 So that's why we found ourselves sorting through all the albums we had moved from our old house to storage and then to our new house. Thankfully, they all survived the unairconditioned storage rather well. 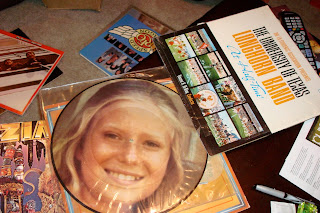 In my stack I had an Eve's Plum picture album and a vintage Longhorn Band record. And then there was this time capsule: 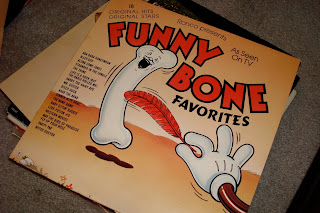 Surely I'm not the only one who bought a Ronco record! All of those Ronco TV commercials were bound to work on other '70s kids! And speaking of Ronco commercials: 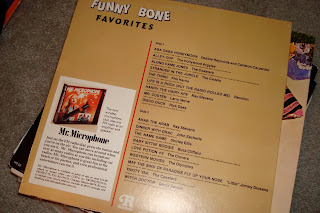 It's an ad for Mr. Microphone! "Hey, good-lookin'! We'll be back to pick you up later!"

How many times during my childhood did I see this: