Ryan and Katie's first day back at school was followed up by a triple header of basketball games. First up: Katie's game vs. Hurst. 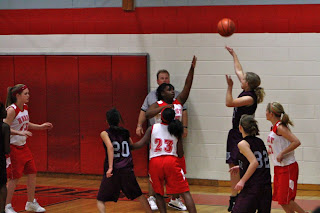 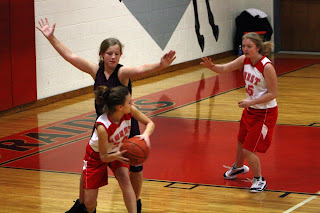 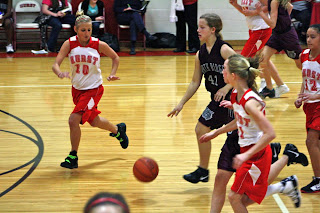 After the middle school game ended, Katie, a friend and I made a quick Sonic stop and then headed to RHS for the Bell vs. Richland games.

We got there in time for the end of the girls game. For that one I sat on the Bell side while Katie and her friend were "true to their school." I was keeping my eye on them, so I was surprised to see them move down a few rows after just a couple of minutes. The reason? 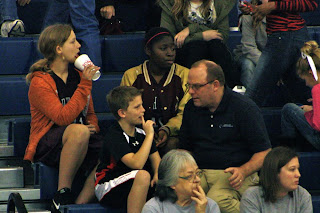 Uncle Scott and Adam were there! That was a nice surprise! They were there to watch a friend's twins play in the boys game. 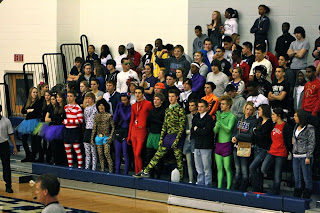 Check out those crazy students! 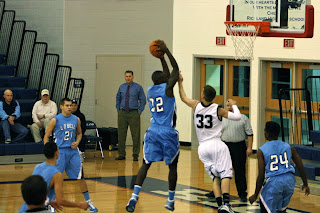 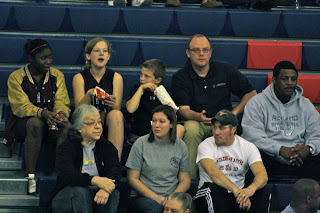 It made for a late night, but it was fun to see North Ridge, Bell and Richland play all in one day!
Posted by See-Dub at 11:10 PM