Who would've thought my perfect day would begin with a mammogram and end with a downpour?

OK, so it didn't actually start with the mammogram. It began with a 2-mile run with Brett early that morning. That was a treat since I am usually on my own for those early runs. After that, I showered and dressed for my annual squish, but before leaving the house, I got a quick shot of our Texas tree for the University Co-op's holiday photo contest: 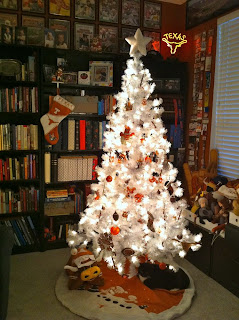 It's not the best photo I've ever taken, but it's full of Longhornana and even includes a special "little" lady on that tree skirt. (Madame ChaCha, so nice of you to oblige!) I posted the pic to Facebook directly from my phone and headed for Fort Worth.

After my oh-so-lovely appointment (which didn't involve the typical inexplicably long wait--YEA), I drove toward Seventh Street. Since I was alone, I didn't indulge in my most awesomest, favoritest restaurant in the world (Chuy's), but I did notice the drive-through line was crazy short at In-N-Out Burger, the California transplant that has had all of DFW in a tizzy since opening restaurants here not too long ago.

I ordered myself a double-double (animal style, natch) and ate in a parking lot. (It was kind of like when the All-Birdville Band ate In-N-Out in a parking lot around this time last year, but I was dressed far more comfortably.) 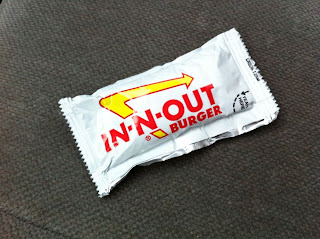 I should mention that I'm not one of those crazy In-N-Out cultists, but it was a mighty tasty burger. The fries were better than I remembered, too. Best of all, my combo reminded me of past trips to SoCal. Good times.

After my delicious, WW-points-filled meal, I waddled into my most awesomest, favoritest store, the University Co-op. (Truth be told, I prefer the "real" one in ATX, but this one's much closer to my house.) I browsed a while, picked up some Christmas gifts, bought some H2Orange, and generally just inhaled the wonder of all that burnt orange.

As I left the store, I checked my Facebook and saw this: 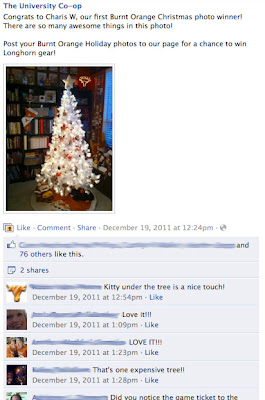 I was the first Co-op Christmas photo winner! YIPPEE! (Or as we say at the games, "Texas, Texas, YEE-HAW!") And how 'bout that timing? I was still in the Co-op parking lot when I found out I had won.

I considered continuing my Christmas shopping at a mall not too far from the Co-op, but after driving a few exits over, I changed my mind. Veering off my planned course caused me to drive past this: 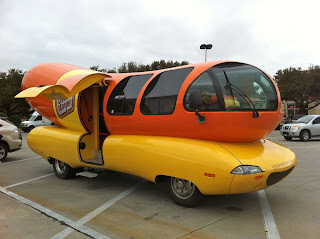 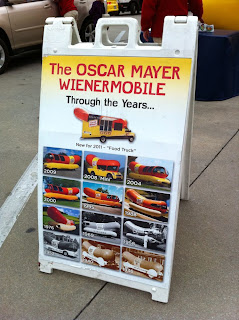 Ever since my roommate and I saw the Wienermobile tooling around the UT campus way back when, I have been fascinated by this miracle of transportation. That fascination has led to Oscar Mayer Christmas ornaments, low-speed interstate chases, even a Wienermobile piggy bank. But in all these years of Wienermobile fixation, I had never seen inside one of these beauties. 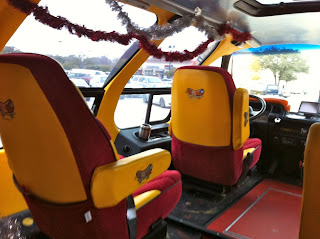 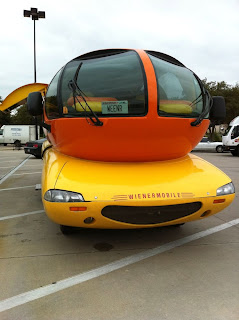 Speaking of winning, after I arrived at my next destination, I checked Facebook again, and there I saw the Co-op's new profile picture: our tree! 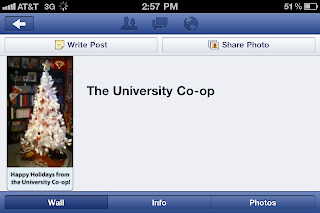 To make a long story longer, the rest of my day was just as serendipitous. My shopping trip was made even better when I discovered other stores nearby that I'd been wanting to visit anyway. At those places I was able to pick up some hard-to-find Christmas gifts, and it felt great to finally cross them off my list.

Just to give you an idea how my twisted mind works: I was loving every minute of this phenomenal day, but when I called Brett from the mall, I confessed that I thought it was all too good to be true. I couldn't help but wonder what terrible tragedy would befall us that day. It was just inconceivable that so many good things could happen in one day. Isn't that sad? You see why I needed this year's "attitude of gratitude"?

Anyway, with my outing complete, I returned home and checked the mail. There I found an envelope addressed to Ryan from CBS in Hollywood. Ryan and Brett were running an errand, so I texted a picture of the envelope to let Ryan know his prize had arrived. (Ryan won this by asking a question that Survivor host Jeff Probst answered online.) The prize? 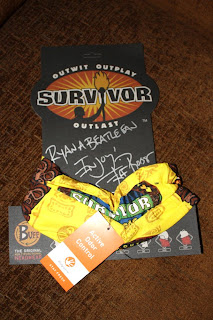 Ryan had asked Santa for one of these bad boys, but getting one that's been autographed by Jeff himself? 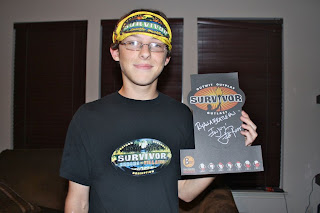 The buff commotion caused me to be just a tad late to that night's bunco, but it was worth it to document Ryan's exuberance.

Bunco rounded out this awesome day. It's always great to spend time with those crazy women. We did a gift exchange, and I ended up with a snowman plate that I really wanted. Score!

So the mammo wasn't a thrill, and the rain was a pain, but besides that, just about everything about this day was over-the-top delightful. Well, except for having THIS song run through my head:

Postscript: About a week after this perfect day, I received my Co-op prize: a Camelbak bottle and a couple of ornaments. They shipped with another Co-op Facebook prize I won a week earlier, personalized T-shirts.