Alas, my Facebook page cannot withstand
The influx of the posts I wish to share
To recognize the birth of the great man,
The one we call the Bard–that is, Shakespeare.

So here I'll save the posts that caught my eye
On this, the day we celebrate his birth
Four hundred fifty years ago. And I
Am thankful for the time he was on earth.

Seems most of these were shared via Facebook,
And one came from a search of my YouTube.
On Twitter I have yet to take a look,
but I'll post tweets (unless they're from a rube).

So I did not intend to write a sonnet,
But it's hard to stop once you get started on it.


From the great Roy Peter Clark, via Poynter
The Shakespeare sentence that changed my life
"Since many of us will not be residents of this distracted globe when Will’s big 5-0-0 comes around, we should do our best to praise him now, and as often as we can for as long as we can. There is no one like him."

Shakespeare quotes a la Cakewrecks
Where There's a Will
"It's Talk Like Shakespeare Day! So, instead of making Much Ado About Wrecking, we're just going to let the Bard himself insult the cakes." 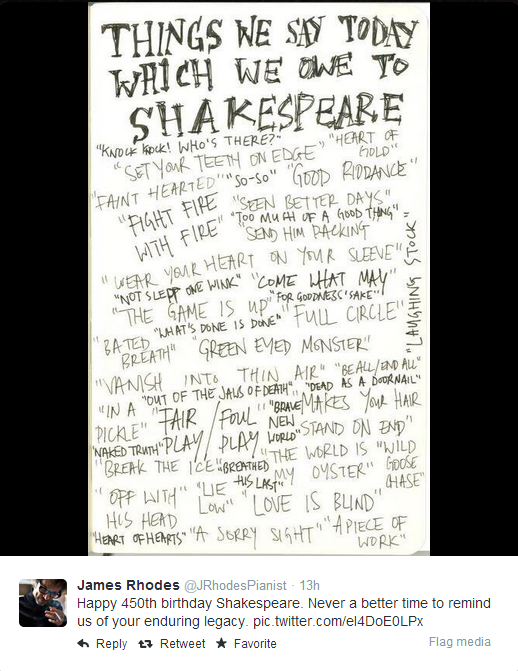 A quiz from the Chicago Shakespeare Theatre 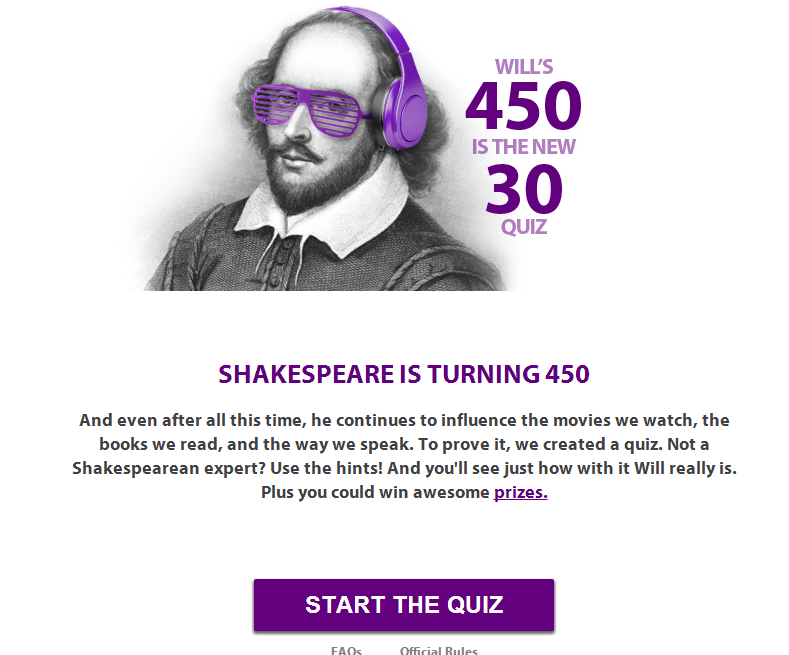 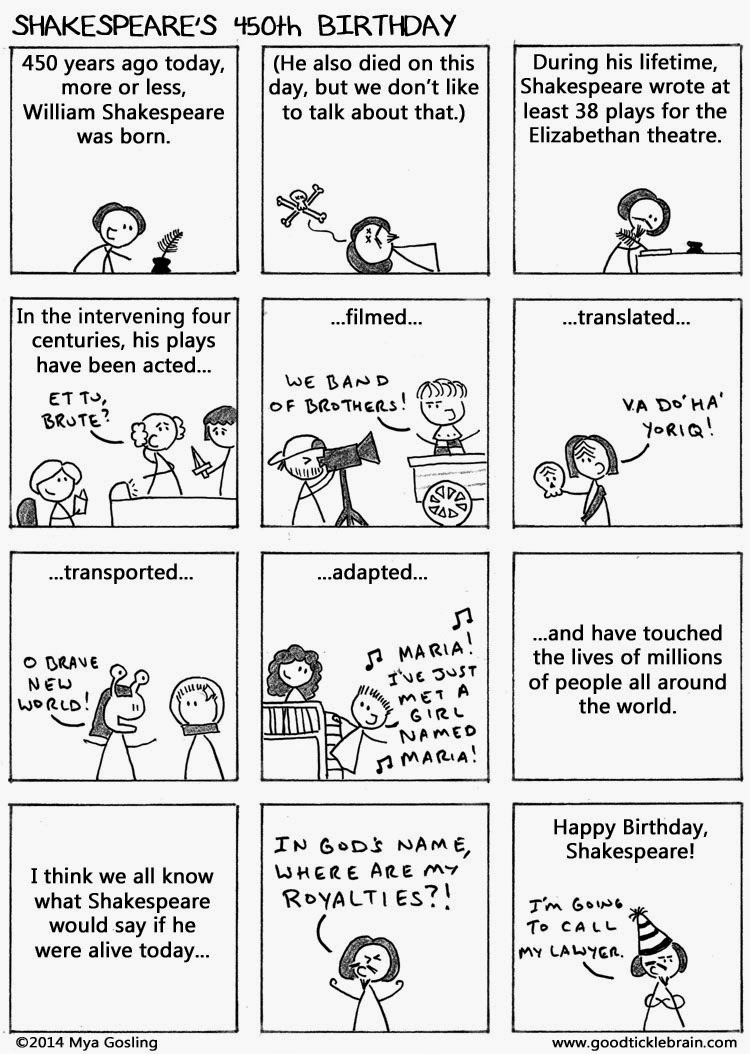 
From The Independent (UK)
Everyday phrases that came from the Bard


Classroom Ideas from NCTE
In 1564, William Shakespeare was born on this day