A tree grows (and then dies and then falls) in Dubtown.


It was around 11:30 Tuesday night when our barking dogs woke me up. The cause of their excitement? Our neighbor was knocking on our door. It seems a third of our Bradford pear was now reaching for our driveway, and our across-the-street buddy thought we should know.

When I opened our front door, this is what I saw: 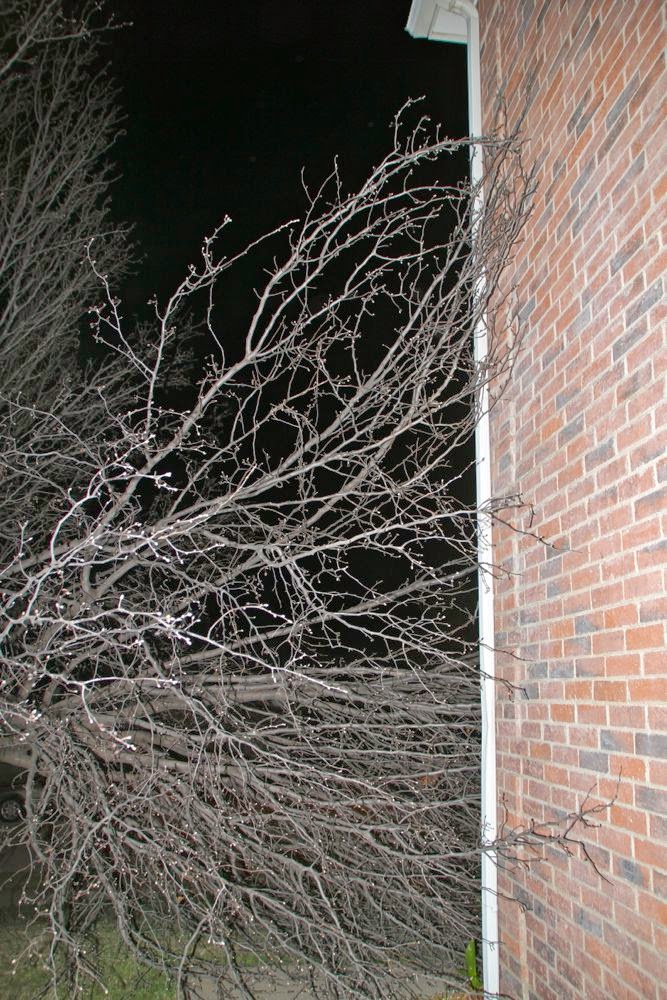 On closer inspection, we discovered the limb was still attached to the trunk: 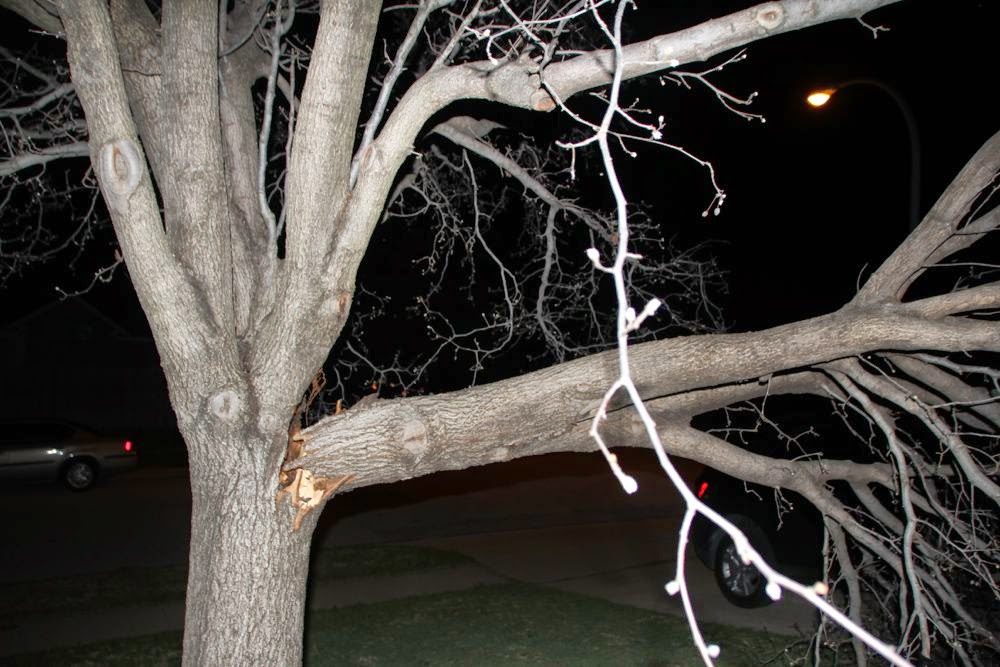 What really got our attention, though, is where the outer branches landed: on my car! 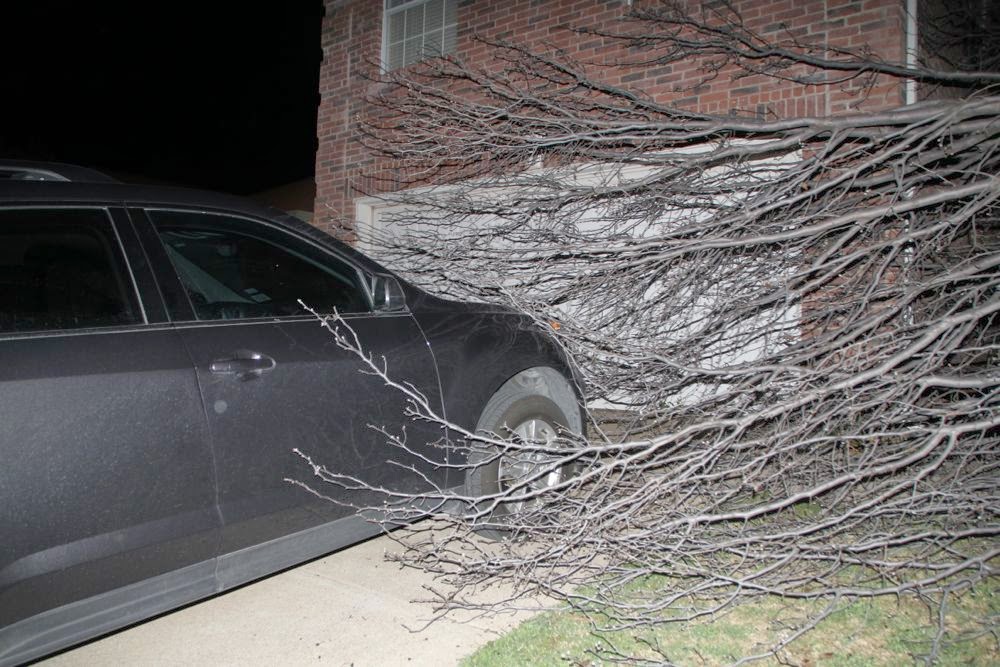 We were THAT CLOSE to being in one of those Allstate "Mayhem" commercials! In the darkness it was hard to see any damage, but I was certain that at the very least, the paint would be scratched. First thing the next morning, Brett took my ride to a nearby carwash to spray off the hood, which was covered with tree buds and bits. We were stunned (and thrilled!) to see an unscathed hood in the light of day. 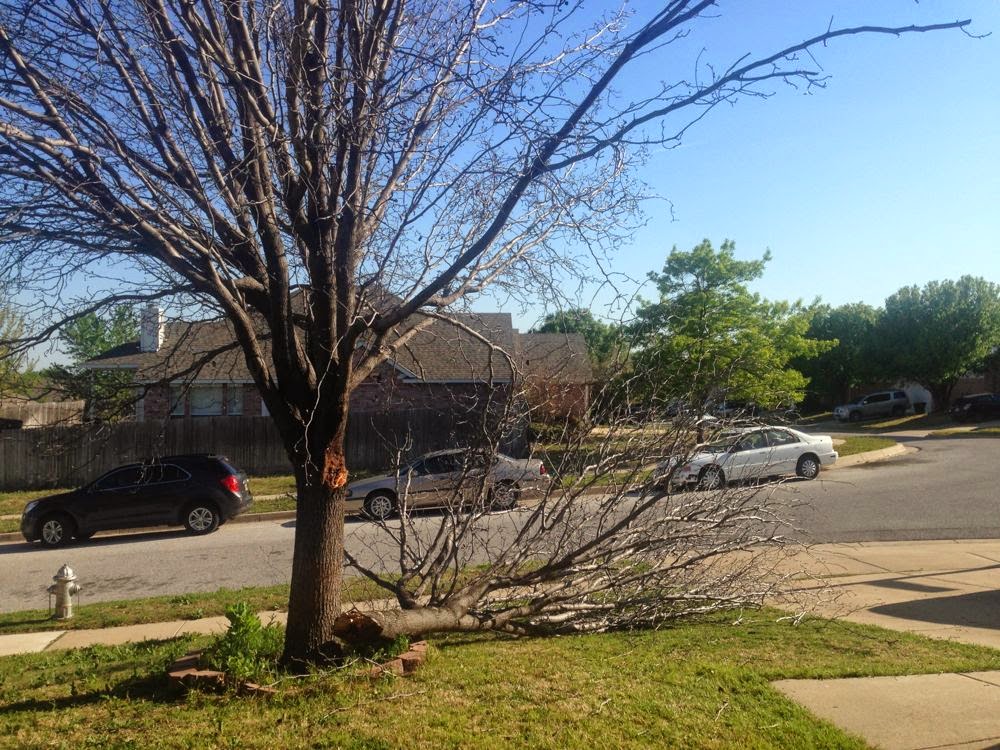 Brett managed to detach the big ol' limb from the tree, but to get the rest of that bugger down, we called in a professional. While we were sad to see it go, we had known since late last summer that our tree was dying. We also had discovered that our Bradford pear's short lifespan was pretty typical for this type of tree. Such a shame! There's nothing like a neighborhood filled with blossoming Bradford pears in the springtime.

Our tree in bloom even made the blog header four years ago. (Another view of that same pic is in this post from March 2010.)

Unfortunately, we have a feeling our neighbors' trees will be following ours to that great forest in the sky. 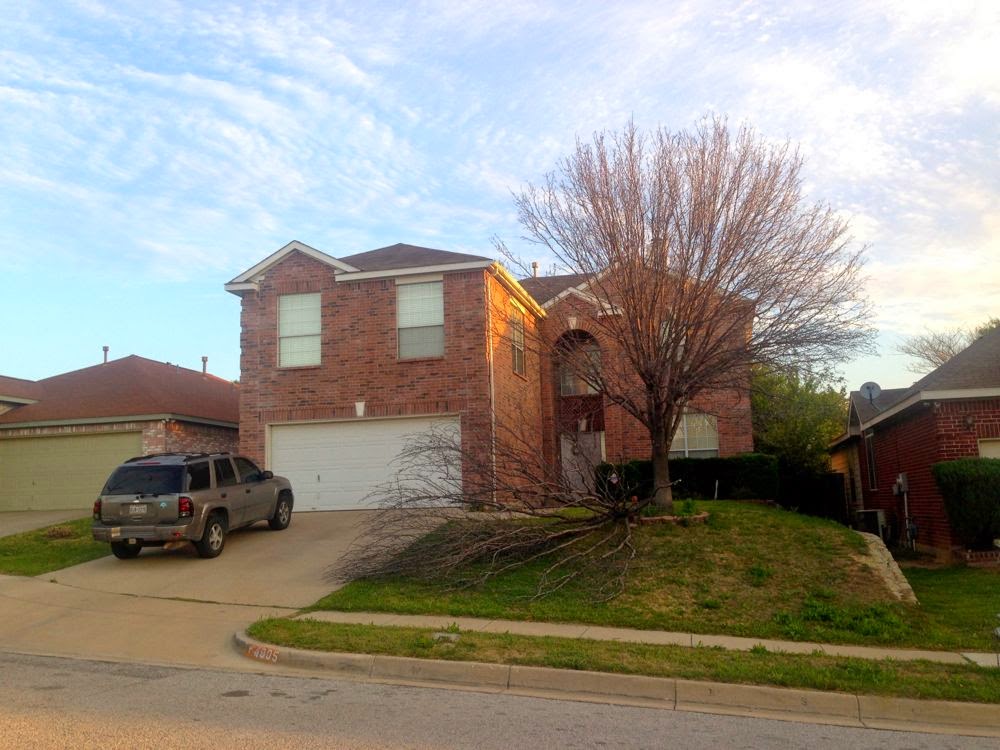 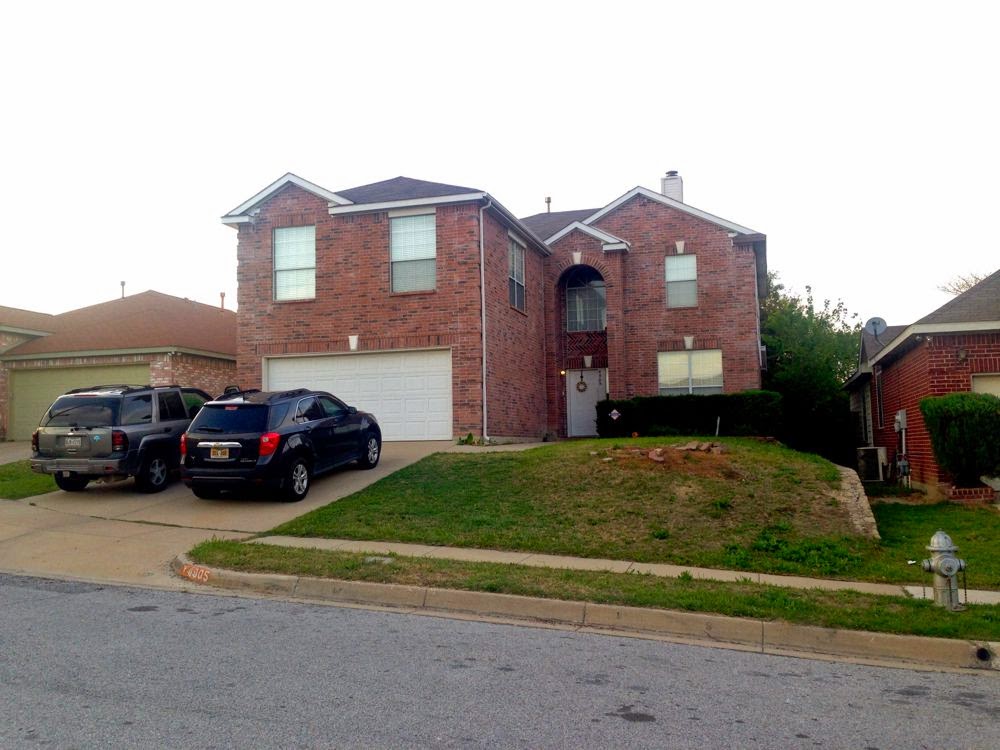 And now you don't!

For our previous adventures in the lumberjack business, check out these posts:
"A Tree Falls in Dubtown"
"Lights Out"
"Home Again, Home Again, Jiggity Jog"