Today's Ryan's birthday! Since his party isn't until this weekend, we had a low-key celebration today. He began by opening his present from Auntie Ames: 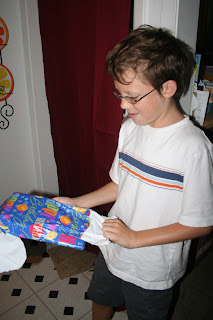 Then he enjoyed TWO Sausage McGriddles from McDonalds for breakfast. (The boy can eat!) After a fairly leisurely morning, we all went to the Harkins Cine-Capri to see The Simpsons Movie. 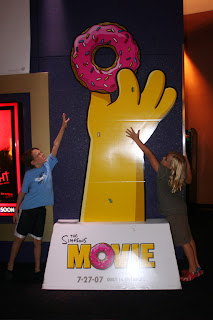 We enjoyed the flick! The Simpsons' couch in the lobby was pretty cool, too. 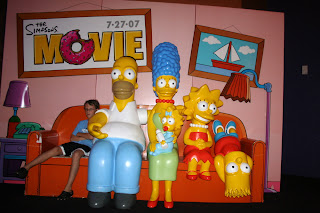 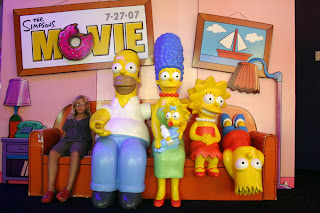 We followed the movie with Little Caesar's pizza before heading to the first night of VBS. (Poor kids: They had to go early with Mom!) Afterwards we went to IHOP with some of our fellow VBS-ers. Thanks to nightmarish traffic on I-35W (another day, another hour lost on I-35), we were still in the van headed home at 11:19 p.m. when Ryan officially turned 11.

It might not have been the typical birthday, but it was a fun one!

Happy Birthday, Ryan!! Did you get any good loot?