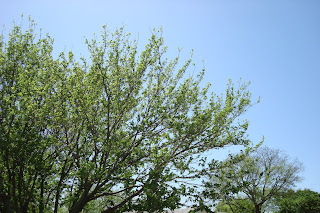 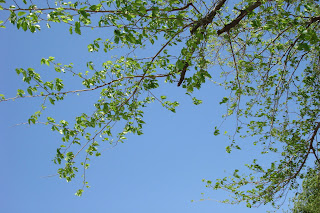 Yes, the storm woke us up last night, and yes, it was fierce. But never in a million years would I have thought that those thunderstorms/high winds would lead to school cancellations today!

When the channel 5 folks announced that my school district was closed because of massive power outages, I was just stunned! My first (selfish) thought was YIPPEE!!! My next (selfish) thought was about all the stuff we needed to accomplish in class today and how absolutely insane tomorrow will be. Then, my thoughts (finally—shameful, I know) turned to those affected by the damaged houses, blown over trees and fences, and downed power lines.

Then came the word from Katie's school. Unlike a few campuses in their district that had no power at all, Katie's elementary was open for business. However, power was out in 11 classrooms. Later we found out that because power was partially out, there was no air-conditioning at her school and parents could take their kids home if they wanted.

When Brett and I took a walk this afternoon, we saw not a shred of evidence from the storm's wrath. We knew it had hit other parts of the Metroplex much harder, but we were still surprised to see so much damage just a few blocks from our walking route. When I picked up Katie from school around 1:30 this afternoon, we found these scenes: 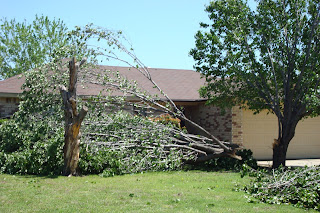 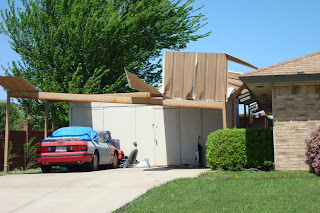 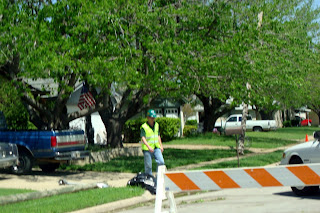 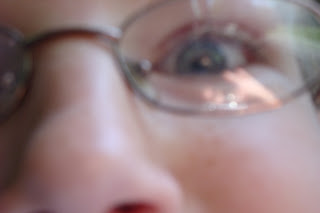 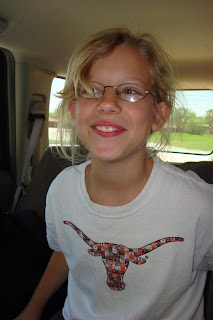 I told her that she was my MoJo (mobile journalist)
since she was helping me document the storm.
Her commentary: "It seems like the Earth just puked up
all the clouds that we've been seeing." 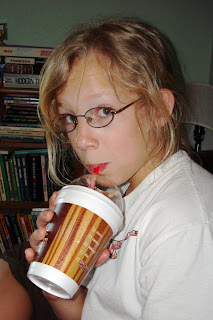 Her reward for such hard work? Sonic!

I'm so, so, so thankful we're all safe and have electricity! We can certainly empathize with those who are power-less right now, and we pray they'll be back to normal soon.
Posted by See-Dub at 2:35 PM

"It seems like the Earth just puked up
all the clouds that we've been seeing."

When you stop and think about it, that's actually quite profound!