It was a hot time in the ol' stadium this Saturday! The 2:30 kick combined with temps in the lower 90s led to lots of sunshine and stuffiness. 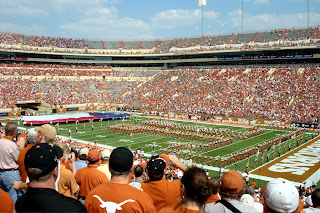 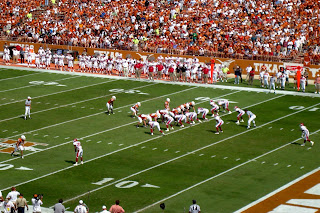 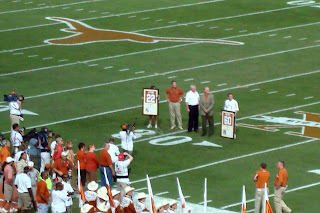 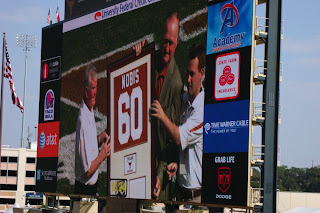 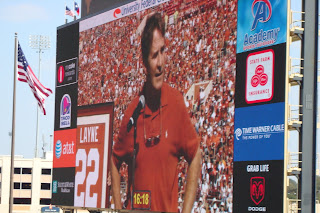 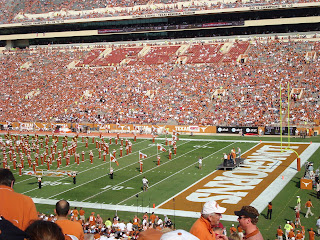 In honor of The University's 125th birthday, the halftime also featured a special performance by Asleep at the Wheel. They played a couple of their hits while accompanied by the Longhorn Band.
And yes, fans were dancing in the aisle! 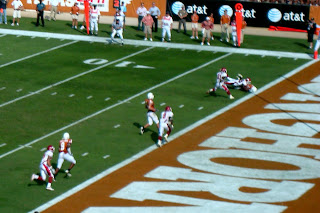 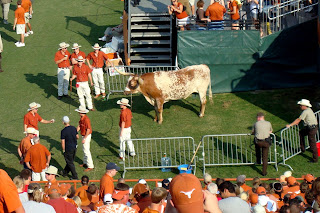 That's Bill Murray in the dark shirt and gray hat!
Before he left the sideline, he gave Bevo a little salute. 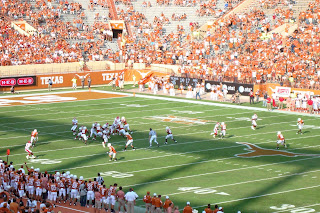 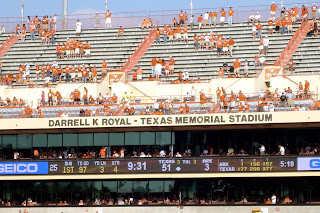 Three home games and three victories with the same score: 52-10. How weird is that? What's even weirder: Out of the nearly 97,000 people in attendance, I ran into Brett's cousin behind the stands. I was on my way to the restroom, and he was stretching his legs. I'm so thankful for that chance encounter! It was good to see him and find out how the Marshallites are doing. 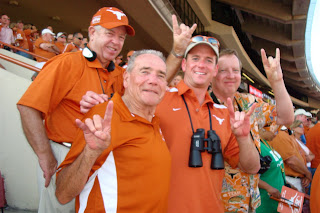