Everybody and their mom's at Six Flags. 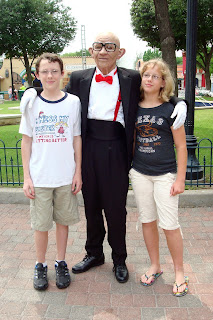 Mr. Six was even there. 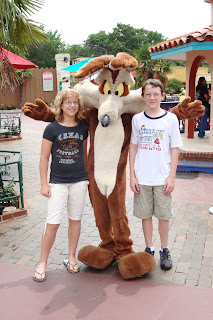 (OK, it officially bothers me that my kids are just about as tall as the characters now. But whatever.)

When we saw all those cars in the parking lot, we were afraid our first trip for the season might be more waiting than riding. Inside the front gate, there were people EVERYWHERE. But then we got to the top of the Titan platform and saw this: 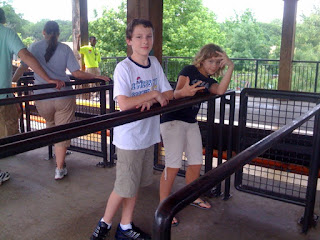 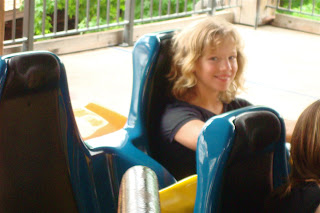 We ended up riding our favorite roller coaster six times before the day was over. Greatness! That's awesome considering we went to church, went home, ate lunch, changed clothes and then made our way to the park.

Later, we came upon this band, Veer Union. Katie was really taken with them. She was only too happy to follow their instructions to move closer to the stage. She got these great shots: 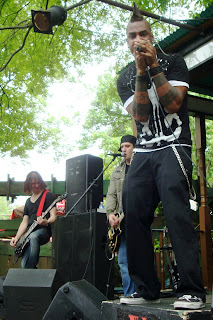 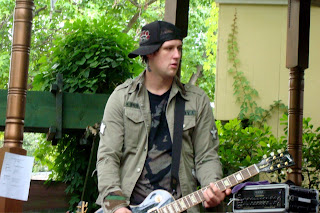 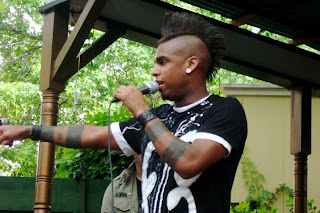 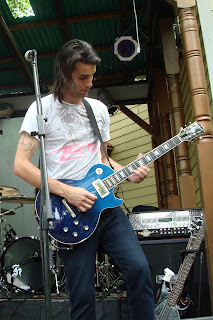 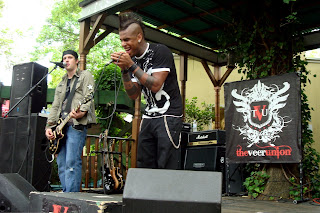 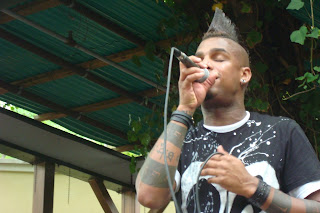 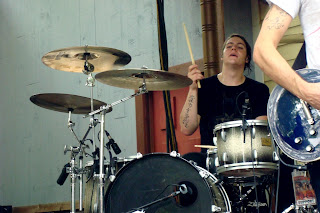 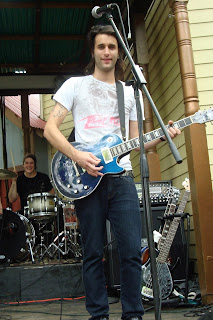 At the end of their set, they said they'd be riding the Titan later. Katie was SO anxious to go back and ride the Titan next! She thought it'd be cool to ride at the same time as the band. I told her it'd be highly unlikely for us to time it just right for that to happen.

The weather cooperated so we could enjoy the view from the Oil Derrick. 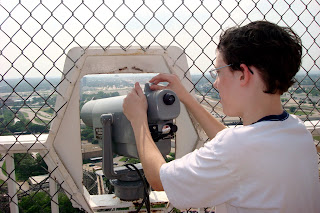 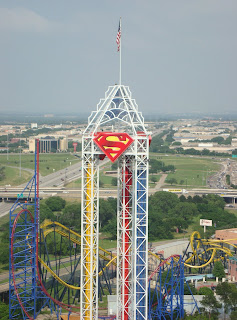 Pretty cool to see the new Cowboys Stadium. It's been neat to watch its progress. (Compare the picture below to the one from March 2008.) 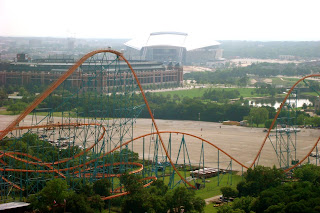 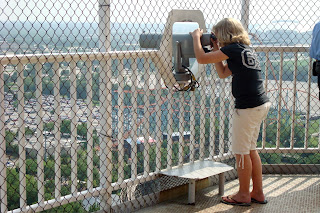 We figured that even though the park seemed crowded, most people were avoiding the big rides, our favorites. No problem for us! We rode our faves without too much of a wait. In fact, for the Superman, we were able to walk right up to where that blue dot is to wait for our turn. SWEET! 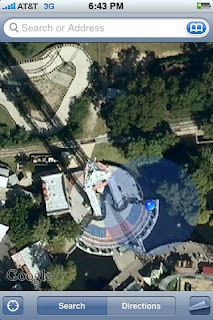 (I'm pretty impressed with the iPhone GPS's accuracy, by the way!)

So here's the rest of the story: We like to end our Six Flags day by riding the Titan, and on this last ride, Ryan and I ended up on a different train from Katie. Both kids know the drill: If we're separated, we meet up by the picture kiosk. As Ryan and I were leaving the ride platform, guess who was getting ready to ride? 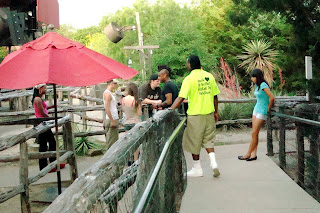 Yep! It's Veer Union!
I couldn't wait for Katie to come down those steps so I could tell her they were there! Of course, once her ride was finished, we zoomed back through the line so could ride again, in effect riding more or less at the same time as the band. Too funny! It was a great way to end the day.

This little taste of summer made it hard to go to school the next morning, but it was worth it to spend my Mother's Day with my two fellow coaster junkies.
Posted by See-Dub at 10:41 PM