This football trip ALMOST didn't happen. Because we closed on our house Tuesday, we thought we might be making the big move on Saturday. And if THAT happened, I would have to miss a home game. Granted, this home game wasn't exactly a biggie, but considering I hadn't missed a football game in Austin since 1997, I was having a hard time with the idea of letting that streak come to an end.

When Brett decided he really wouldn't need to do a "big move" on Saturday, I jumped at the chance to head to Austin for the day. Then I got the text at 6:30 Saturday morning letting me know that we had an extra ticket, meaning Katie could go with me! So away we went... 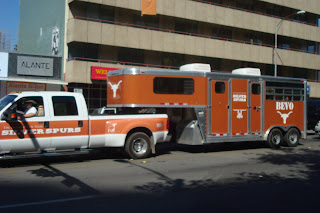 Walking down the Drag we saw one guy who definitely was getting his "game on" (as the Godzillatron tells us every week). Bevo XIV was playing his role well, checking out his fans as he rolled toward DKR. 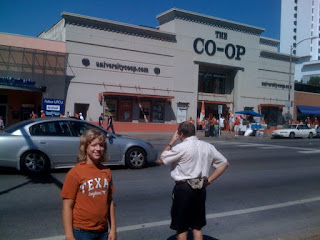 Katie and I made our way to Gameday Mecca, aka the Co-op. Ooh-whee, was it crowded! (I thought it was interesting that the cashiers were all wearing rubber gloves. I wondered if they do that every day or just for the large crowds that gameday brings.)

Our shopping complete (for now, anyway), we finally made it to the tailgate. 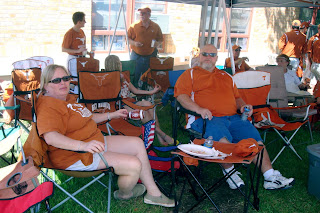 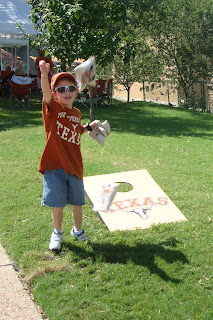 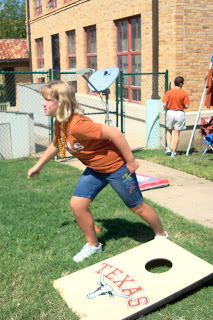 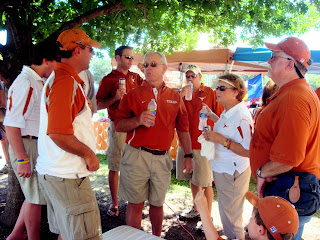 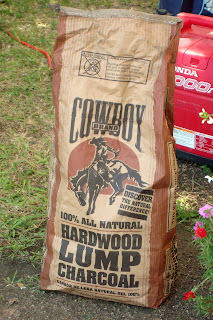 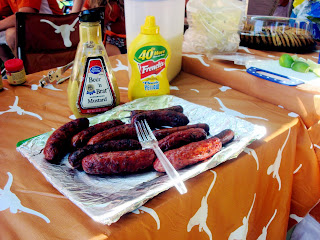 Since Cole and Katie were with us, Dede and I wandered over to the North Endzone area before the game. It was fun to see the field from that angle. 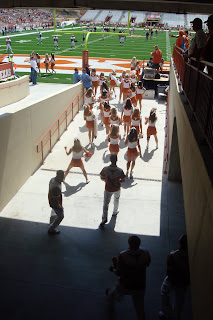 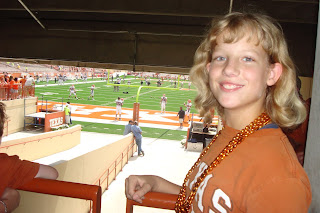 Then it was game time! And boy, was it HOT! 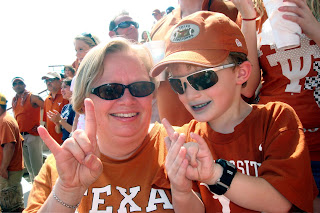 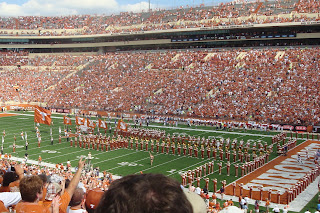 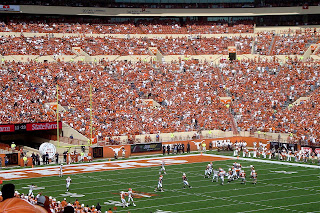 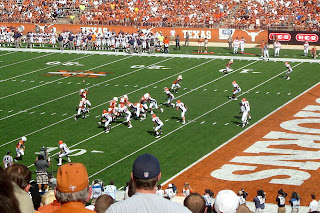 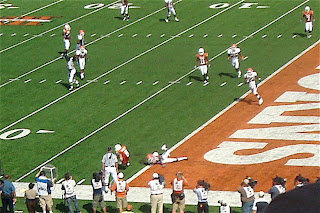 Jordan Shipley is just seconds from scoring another TD! 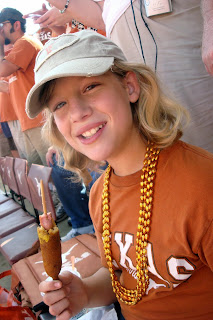 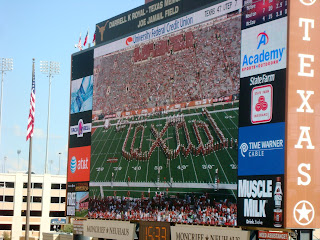 LHB did Script Texas, one of my favorite drills. 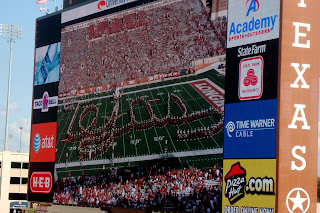 Then the band turned it into "Tejas" and played UTEP's fight song, which blends our fight song with Marty Robbins' "El Paso." Very cool!

When the visiting team doesn't bring a band, our band will often play that school's alma mater. Didn't happen this week, though, because the LHB was already playing their school song: "The Eyes of Texas"! Then there's this: Earlier in the game, when UTEP returned an interception for a touchdown, the Longhorn Band played our fight song. It was surreal to see our band playing enthusiastically right after the other team scored! Of course, it helps to know that UTEP had turned "Texas Fight" into "Miners Fight," and used that for their fight song until adopting the "El Paso" version. 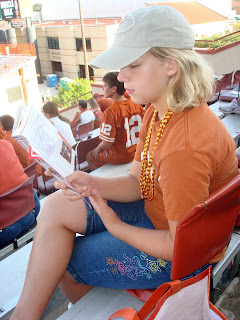 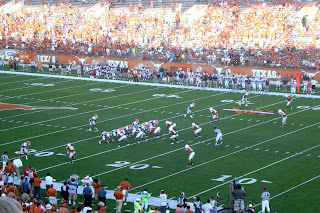 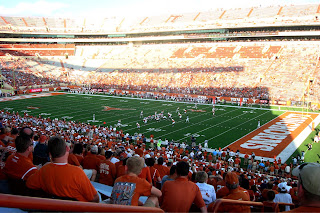 It was SO very hot! Did I mention the heat? Here's the weather report, just in case:

Midway through the second quarter, fans were leaving in droves. By the fourth quarter, few of the 101,000 fans remained. 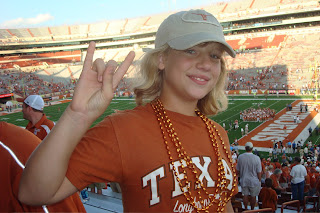 But Katie and I stayed! We're "Eyes-to-Eyes" kind of fans. We don't leave a game until the "Eyes of Texas" are sung at the end!
Posted by See-Dub at 10:34 PM

Great blog entry! I was at that game, and like you, I was there until the end.