Monster tailgate and a big game! 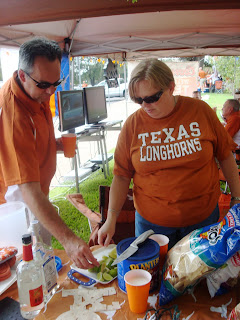 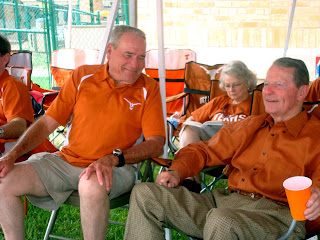 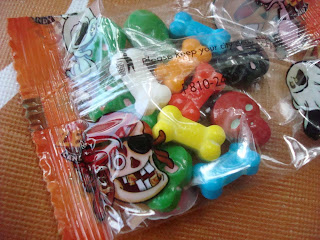 (Pirate booty in honor of Talk Like a Pirate Day--and a little nod to Tech coach Mike Leach.) 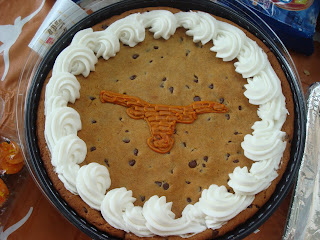 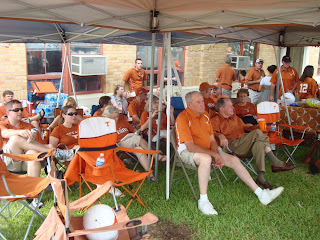 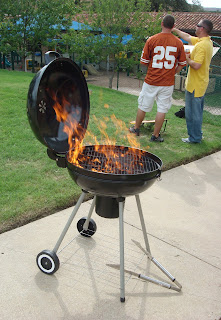 At long last... THE GRILL! The old one broke, so a new one was purchased and was two hours late arriving. That meant we had lots of hungry tailgaters by the time the 40 pounds of fajita meat was finally grilled. 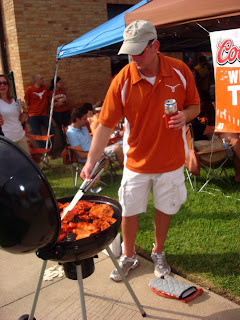 T did a heroic job getting all that meat cooked! It was a marathon job! 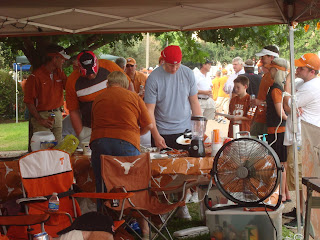 Then Dede took over cutting all that meat for everybody. And ooh-whee, was it hot! The temp wasn't all that bad for September, but the humidity was through the roof! 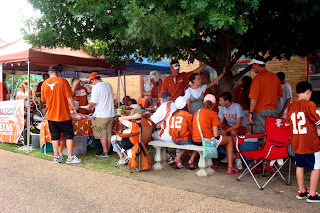 There were people everywhere! 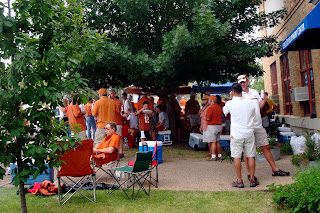 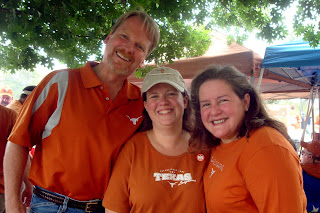 And best of all, they came from everywhere, including our good friends K&D from LA. We don't get to see them nearly enough since they live so far away. It was great to see them if only for a little bit. I hadn't seen them since the Fiesta Bowl trip. 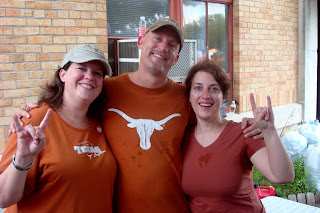 And it was great to see these friends from not so far away! These friends live in Austin, but our visits are few and far between. Loved the chance to see them!

And then it was on to the game! 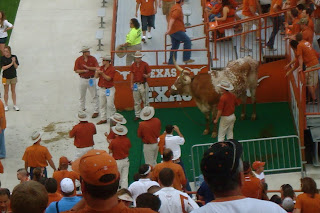 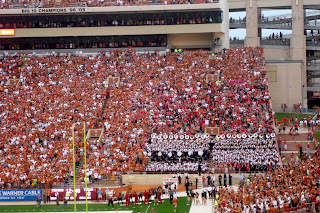 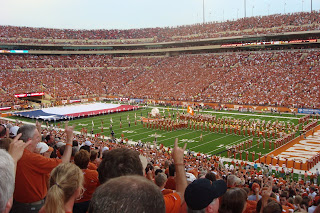 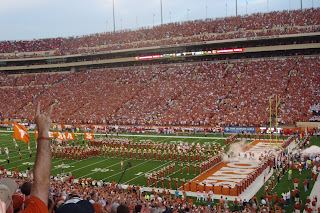 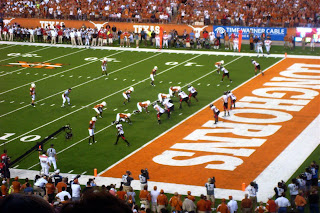 We got to see lots of Taylor Potts! His aunt is a friend of mine from UT, so in one sense I was happy to see him do well. But holy cow, did he have to do THAT well? Sheesh! 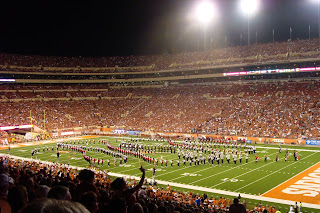 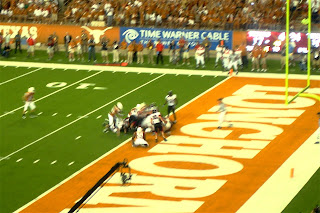 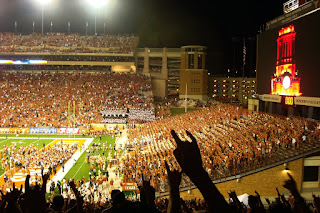 The Horns managed to escape with a win. I surely don't think we're the second best team in the country right now, but I also think we're playing beneath our potential. I just hope we can get with it and find our game in a big hurry!
Posted by See-Dub at 11:45 PM