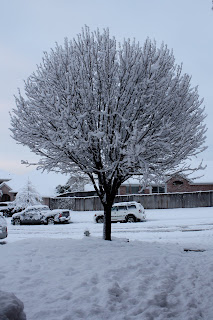 WOW! It snowed ALL NIGHT LONG. We woke up to a BUNCH of snow. (That's our official measurement. A BUNCH.) 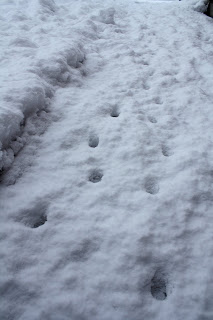 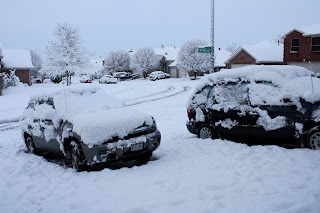 It was hard to remember the last time we'd had so much snow. Some reports said the area had received close to 12 inches of snow in the 24-hour period, a record. 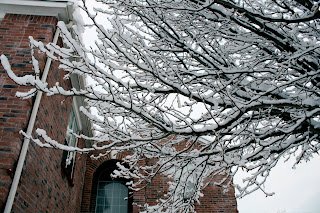 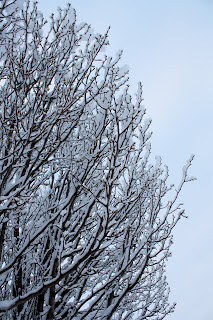 The trees were especially beautiful. 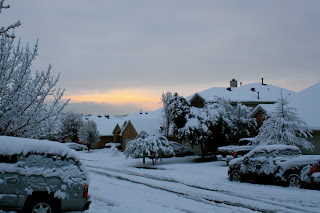 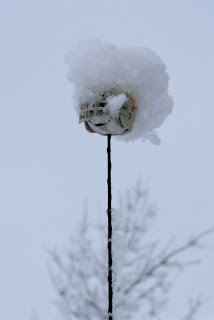 My antenna ball, which had resembled Marge Simpson the night before, now had a mohawk. 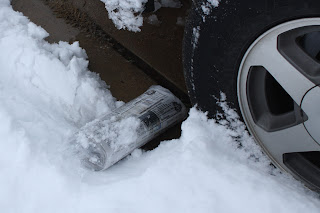 We were impressed that our delivery people managed to get our newspaper to us, in spite of the crazy road conditions! We had received an email giving us the eEdition password for Friday's paper, just in case, but there was our print edition, right on time. 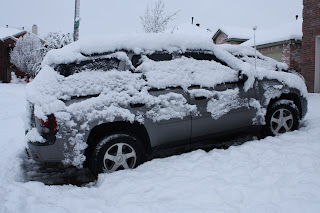 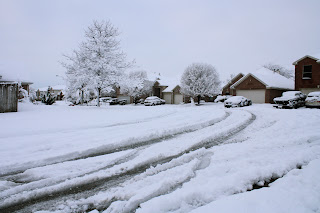 We felt bad for everyone who had to go to work in all of this. 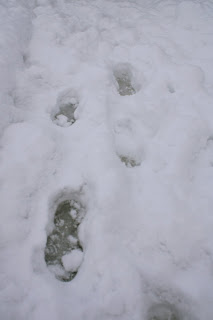 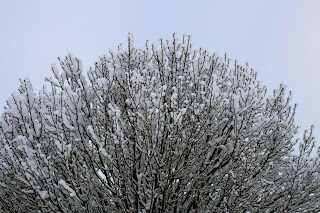 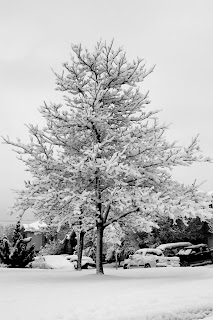 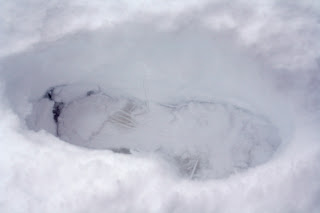 It was a weird feeling to take a step and sink so deep into the snow! More than a couple of times, I almost twisted my ankle because my foot would keep going farther than I thought it would.

Later in the day, Brett, Katie and I took Frisco out to play. 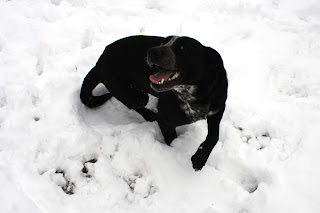 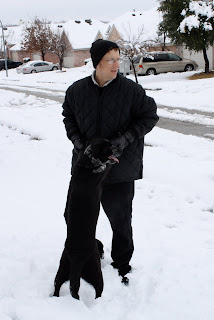 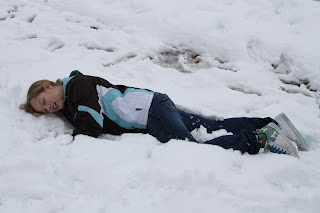 Then we gathered some snow for some "snow cream." We're hoping our immune systems can fight off the pollutants that might've been in that snow. 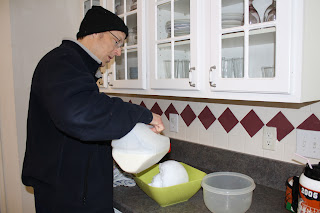 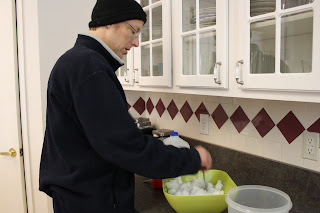 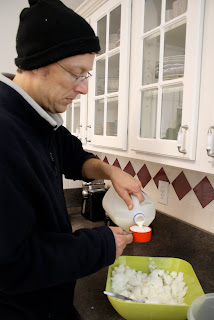 Brett and I both remember our moms making snow cream when we were little, so it was fun to pass on this snow day tradition to our kids. 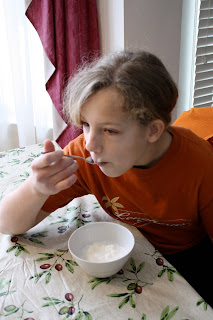 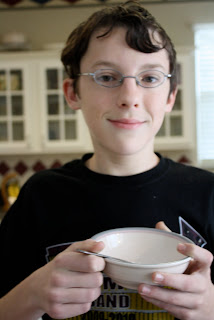 Ryan even interrupted his video game-playing and movie-watching marathon to try some!

We're so thankful that we were safe and warm throughout the great snowfall of 2010.
Posted by See-Dub at 7:43 PM