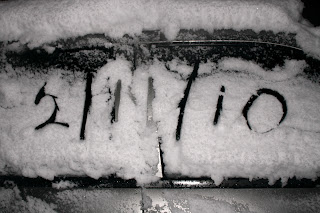 Thursday morning's drive to school turned out to be a harrowing one! Even though temps were right above 32, snow was coming down pretty steadily and accumulating on the roads, creating a slushy mess. My 40-minute commute turned out to take 55 minutes, and I had three good skids that scared me!

During passing periods and at lunch at school, our assistant principals stood guard over the courtyard to make sure snowball fights didn't break out (and to keep kids safe from slips and falls). Some students did manage to build a couple of snowpeople out front, though!

Right before the 3:57 bell rang, we finally got the email we'd been waiting for: NO SCHOOL ON FRIDAY! It was good to know we wouldn't need to set an alarm the next morning, but not so good to know we'll be coming to school on a Saturday in April to make it up. Ryan and Katie, on the other hand, are on cloud nine because they won't be making up their snow day, AND they have Monday off for a staff development day! WOO-HOO for their big four-day weekend!

I was nervous about driving home, but the roads were OK. (The parking lot at school and the driveway at home were NOT, but I survived those anyway!) I was so relieved to get to our warm house. It wasn't until 10 p.m. that night that I finally ventured out to explore our little winter wonderland.

It amazed us how bright everything was thanks to the snow! All of these were taken between 10 and 10:30 p.m., many without the flash, just 1600 ISO and a wide aperture. 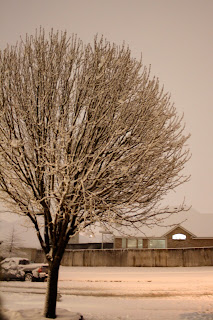 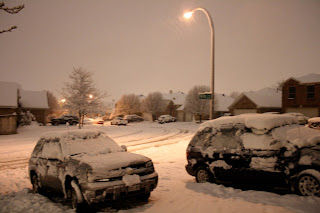 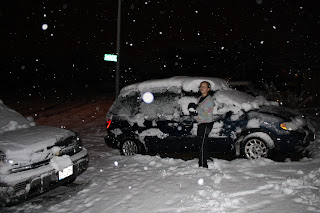 Katie liked the way the flash lit up all the snowflakes. 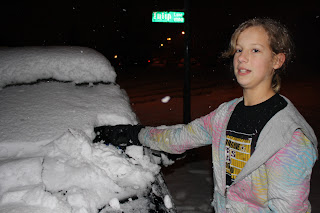 She's demonstrating how much snow had fallen since they got home from school at 3:30. 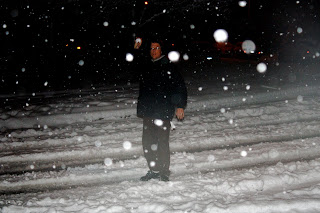 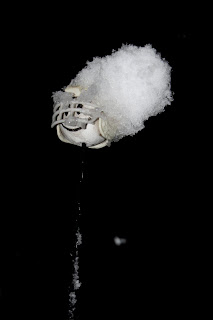 My antenna ball is sporting a Marge Simpson look. 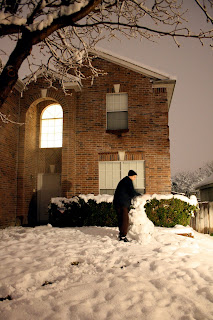 Brett touches up the snowthing he and Katie had made after school. It kept losing its head! 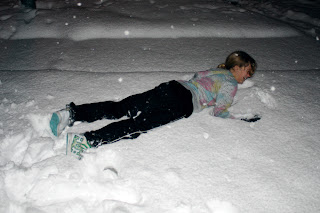 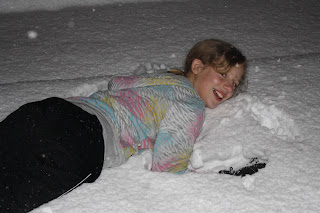 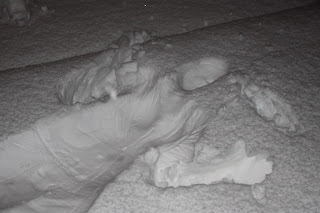 Apparently snow angels are for amateurs. 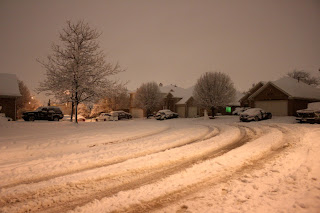 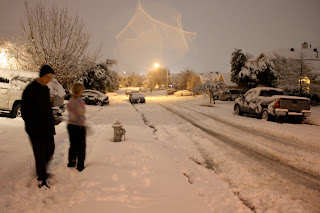 After playing in our front yard, Brett and Katie took a walk around the neighborhood. I was ready to thaw out.
Posted by See-Dub at 11:30 PM