Gaultier at the DMA. 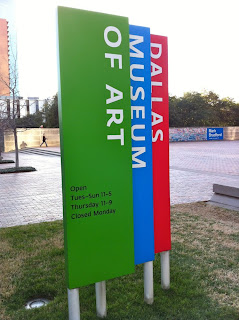 
It started with a piece on CBS Sunday Morning. A unique exhibit of fashion designer Jean Paul Gaultier's work was at the Dallas Museum of Art. I'm quite obviously not into fashion so I'm not sure WHY I was drawn to this particular show, but there was something about the talking mannequins and the "star quality" of these exotic clothes that got my attention.

Before our ticketed entry time, we checked out some of the DMA's permanent collection. 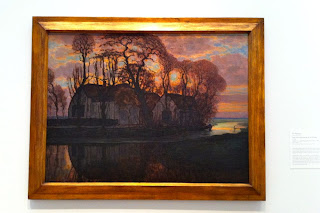 I really loved this Mondrian. It's so different from his typical modern pieces. 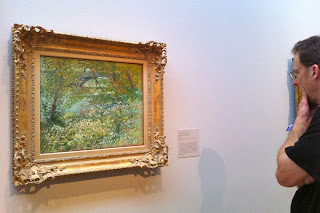 Of course, we had to spend plenty of time gazing at this Van Gogh. (We were disappointed that Sheaves of Wheat was on loan to another museum, however.) 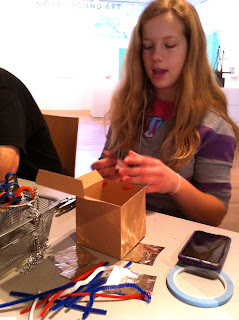 In the children's activity area, we each made boxes. 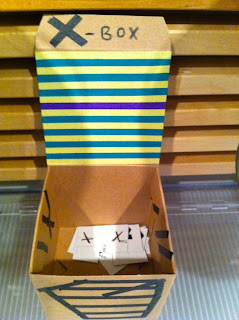 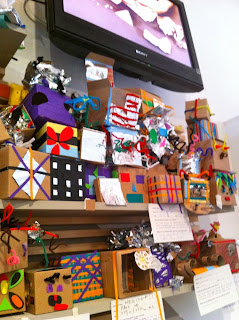 When it was time to enter the Gaultier exhibit, we joined the crowd in line. 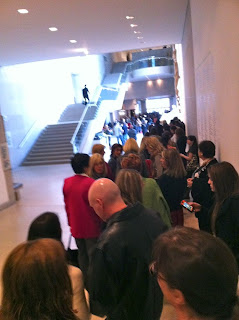 And what a line it was! 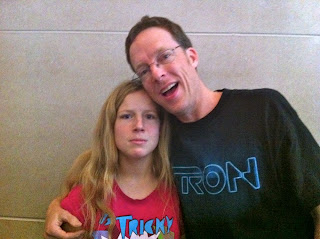 We amused ourselves by taking pictures. 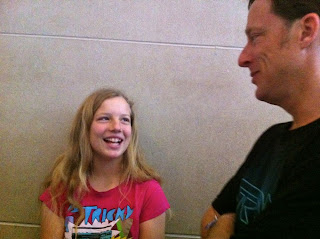 It worked! We got a smile out of Kates! 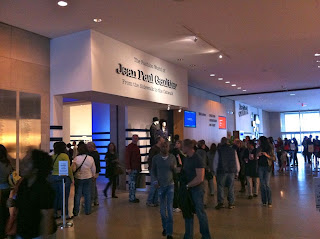 At long last, we made it to the front. 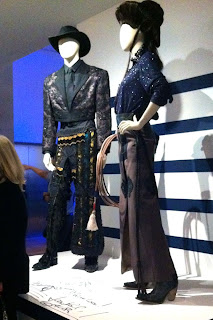 Photos weren't allowed inside the exhibition, but at the gallery's entrance, we shot these two outfits that Jean Paul designed especially for Dallas. 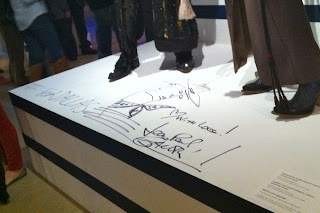 Brett indulged my request to visit the DMA partly because my birthday was coming up but mostly because he'd never been to this renowned museum. (Not that he doesn't like art! We have visited the Amon Carter, Kimbell and Modern many times. We're Fort Worth peeps, after all!) I'm really glad he was game. Some of the clothes were famous (like Madonna's pointy corsets), some were iconic (like the horizontal stripes Jean Paul is so fond of), some were freaky (see: "inside-out" muscle tights), and a few were flat-out bizarre (such as the film corset or the vests with hearts on them—not the Valentine's Day shape but anatomical hearts!).

Part of the allure was the set-up itself. The first space we entered featured the aforementioned "talking" mannequins, blank-faced figures that had faces projected on them. One of those was Jean Paul himself, describing his work. Others talked, winked or sang. Eerie. Another area was the boudoir section, and inside the tufted velvet cases were the famous Madonna cone-shaped bras and all kinds of corsets, including the skeleton-like hoops meant to be worn outside other clothes. Another room had its own catwalk, with mannequins parading its length on a conveyer belt.

This gave us a glimpse into the world of high fashion. For an hour or so, we were immersed in it. Nothing like a trip to another world to temporarily soothe my chronic wanderlust.

Afterwards, we had to emulate the models' poses: 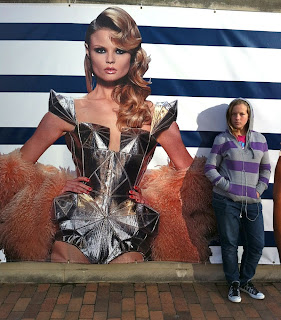 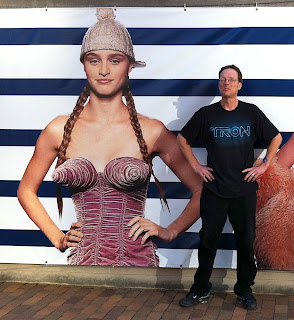 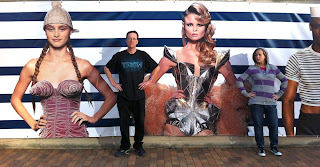 We topped off our day out with a visit to a couple of Half Price Books stores and dinner at a new (to us) Chuy's. 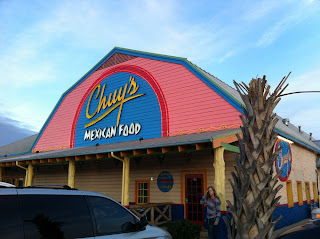