Dub-Family Rule #1: If you're in Austin, you must visit the State Capitol. 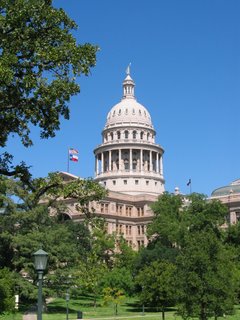 For the Horns' big match-up with Sam Houston State, I was lucky enough to have two extra tickets. Since I happen to have two extra kids around here, I knew just who needed to go to this game. Wanting to make this a family getaway, I persuaded Brett to make the trip with us.

Headed for the Capitol, we ended up parking right in front of the Capitol Visitor Center. As many times as we've been to the Capitol, we'd never actually gone in the visitors center. It was a pleasant surprise! 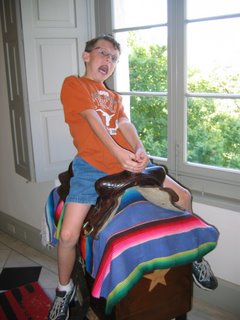 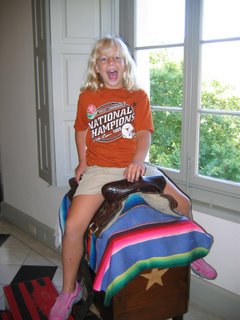 We watched a film about the XIT Ranch, and we got a good view of the Goddess of Liberty atop the great dome. 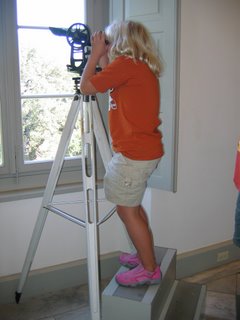 From the visitor center, we walked across the grounds to the Capitol. We've always been big fans of the biggest trees, so we had to stop and pay our respects. 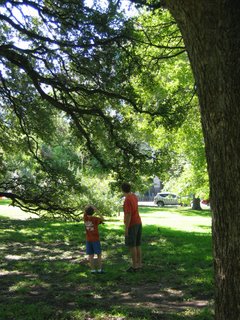 It was a gorgeous day to be in Austin! 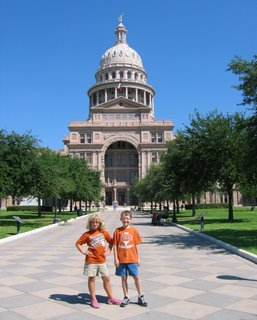 While exploring the Capitol, Brett mentioned that there must be hidden passages within the building. With so many nooks and crannies, there were bound to be areas that only insiders would know about. That's what led Ryan to ask a Capitol guide if she knew of any hidden passageways. Her answer? No, but there are five underground tunnels that lead to the Capitol. Katie and I heard her correctly, but Brett and Ryan heard FIVE HUNDRED tunnels! Later, we laughed about that one, trying to picture the labyrinth of tunnels below us.

Eventually we made our way to the annex, where both kids made themselves part of the state seal (the reverse side). 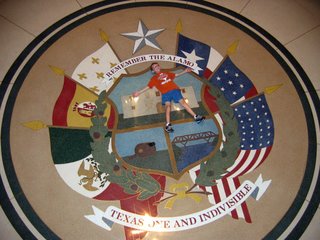 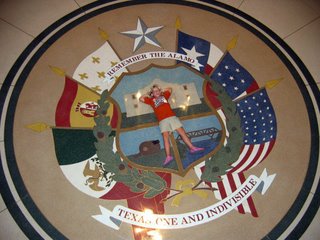 We also meandered around long enough to discover the FIVE tunnels which lead from the annex to other state buildings in the Capitol complex.

So with that pilgrimage complete, we checked into our hotel. Around the time the kids and I headed to the game, Brett took off on his own circuit of Austin Half-Price Books stores.

The game itself wasn't exactly a barn-burner, but it was neat to see the SHSU Bearkat Band. We happen to be related to a former member of that band! 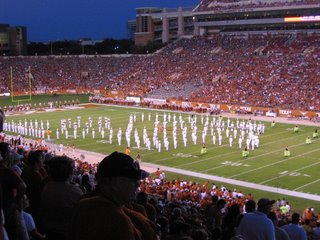 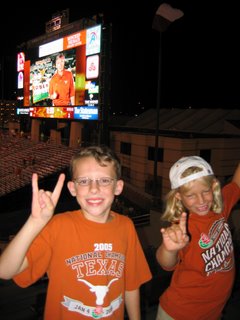 On Sunday we visited Zilker Park, another Austin favorite. This time we took a short hike down a trail along the Barton Creek Greenbelt. 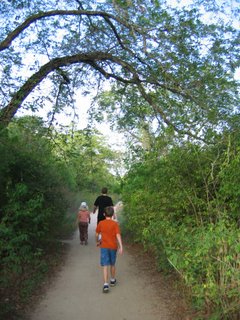 We got an eyeful of flora and fauna. 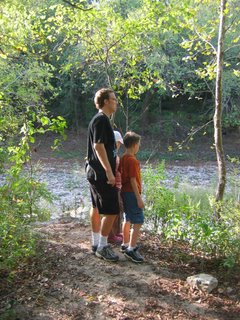 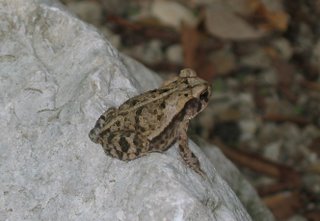 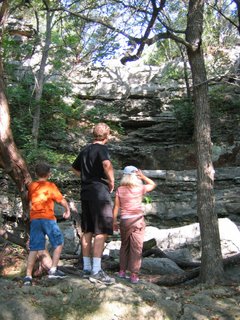 We couldn't leave Zilker without returning to the kids' old stomping grounds, the playground. 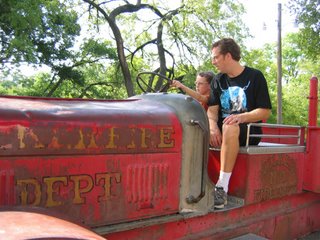 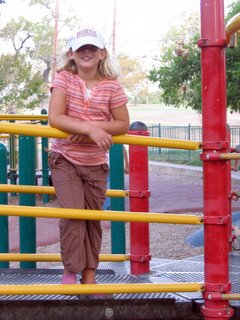 Our weekend ended with an entertaining lunch with some old friends. It had been too long since we'd seen them, and it was the perfect way to wrap up our Austin getaway.