Ryan and Katie were surprised to unwrap Alamo Bowl tickets on Christmas morning. What they didn't know at first was that they were also going to get a mini-holiday to Austin, too. And they LOVE Austin! (Wonder why?)

We reconnected with some good friends, shopped for Longhorn goodies, and made our requisite trip to the Capitol. 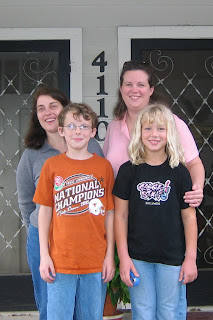 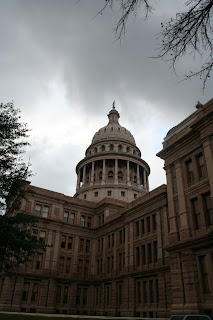 This time around, Katie got to introduce Flat Stanley to the Capitol: 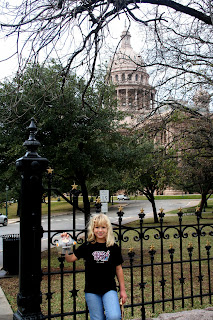 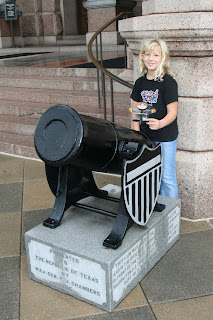 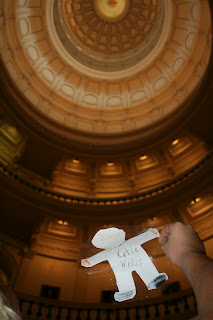 (He was speechless in the rotunda when Katie showed him the dome!) 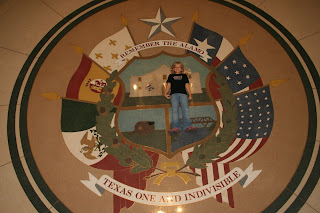 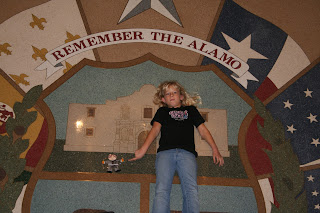 (The seal in the Capitol extension knocked him flat on his back!)

We braved the crowds and a downpour to meet friends for dinner at Chuy's. Because the restaurant was so crowded, we had to park a few blocks down the street. We got soaked, but the good food and great company were worth it. Afterwards we had planned to visit the Zilker Christmas tree, but we were disappointed that it was still raining. It had been years since we'd seen Austin's tree of lights, so the kids and I thought we should at least drive into the park to see it. 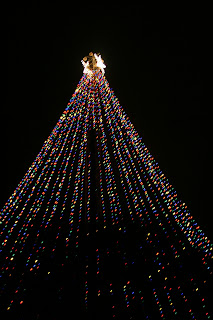 As we sat in the van and stared at the tree, all three of us were sad that we couldn't run underneath the lights. At that moment, the rain had slowed to a drizzle, and we were overcome with the need to get under that tree! We made a dash through the rain and mud to get under there and look up: 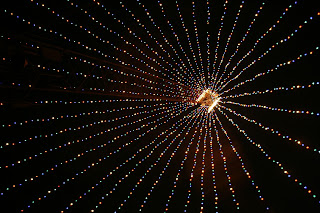 The spiral pattern of the lights is awfully cool, but what's even cooler is the pattern when you spin around: 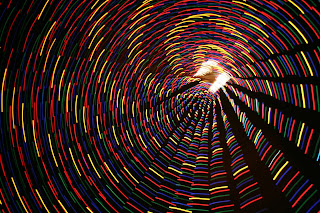 Right before Christmas, tons of people can be found spinning under the Zilker tree, making it a little hazardous! Because of the weather on this night, though, we had the whole tree to ourselves. The rain started to pick up a little, and I suddenly realized that we were standing dangerously close to a giant lightning rod. We skedaddled, slipping and sliding through the mud back to the van. We were SO glad we got to spin under that tree!

We spent the night at a friend's house, and she so graciously provided us with warm (and dry!) beds and the best entertainment: her two dogs! 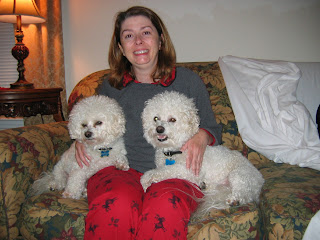 The next morning, we were up and at 'em, headed to the Alamo Bowl!

What a wonderful (and tiring) trip!! Looks like you guys had a great time.