With the kids in different schools and in different programs, it was bound to happen sooner or later! Ryan's band concert and Katie's musical program were both tonight, so my mom and I went to the choir program while Brett went bandward. 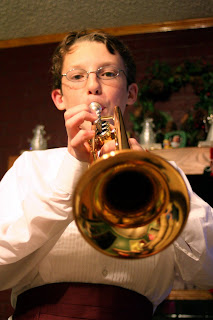 This is all I got to see of Ryan's performance—and this was in front of our fireplace after he got home! 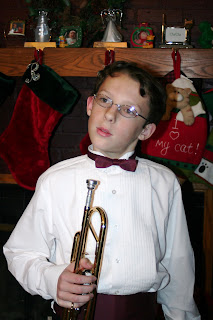 He did manage to strike a creepy pose while he was all dressed up. For some reason, this reminds me of the last photo shown in The Shining: 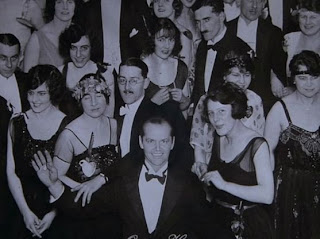 The program I got to see was Katie's, and it was actually two programs in one. The fifth graders performed "December Around the World" first. 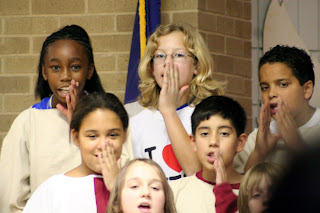 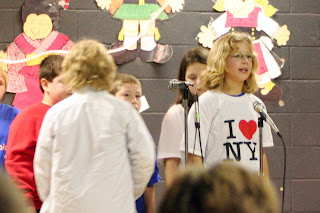 Katie had a speaking part! One of her lines didn't require any acting on her part: "I have a very peculiar family." You bet you do, Darlin'! 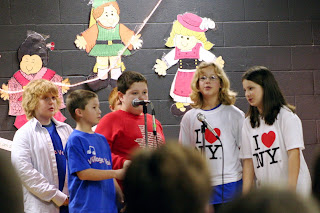 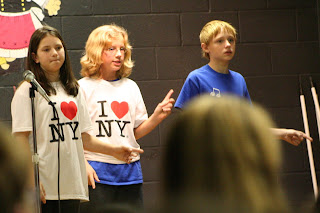 The program and all of its eight songs were performed so well! There was harmonizing; there was choreography. Greatness!

Then after a quick change into their choir shirts and a brief PTA meeting, the Village Voices began their portion of the evening: "Christmas in the Village." 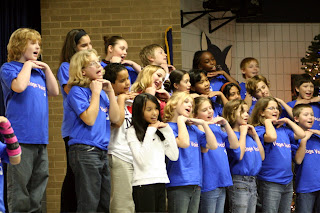 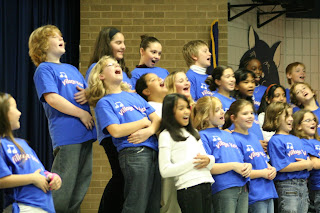 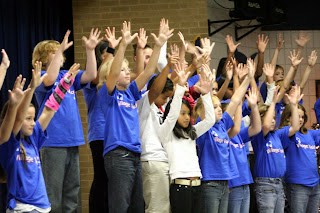 It was so entertaining! We were so impressed with how well the kids knew the songs. 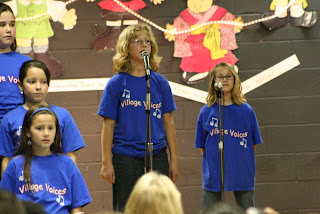 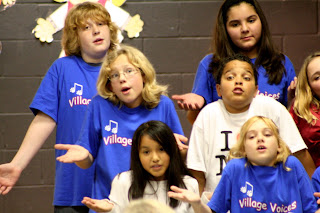 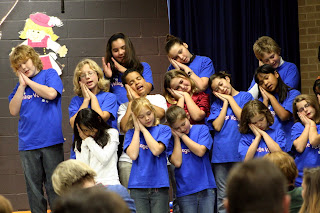 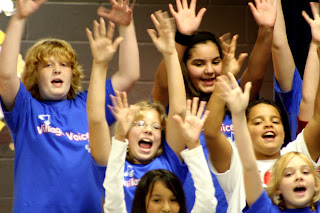 She sang "Santa Claus Is Comin' to Town" directly to her homeroom teacher, admonishing her that she'd better watch out. After the program, Mrs. C called Katie a turkey. 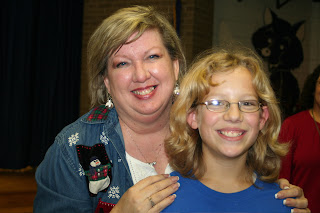 Then Mrs. B, the music teacher, praised Katie, wondering if she might be somewhat of a ham. 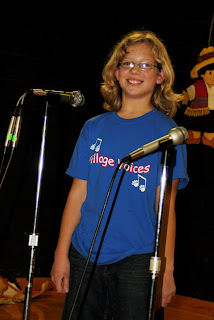