Holiday in the Park.

We finally made it out to Six Flags for Holiday in the Park. Even though the decorations screamed DECEMBER, the weather yelled SPRING! 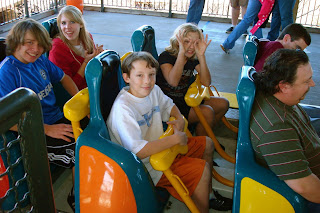 Upon our arrival, lines were really short. We rode the Titan right away. (By mid-afternoon, we wished we had gone ahead and taken another spin because the lines were much longer later.) 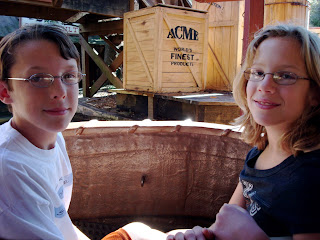 The Cave (as I'll always call it) was awfully pleasant.

Last year the kids got a big kick out of Frosty's Snow Hill. We were happy to see the lines so short on this trip! 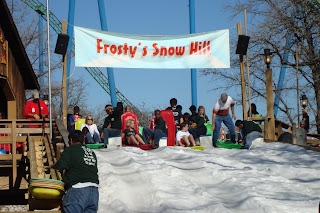 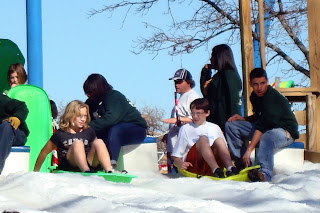 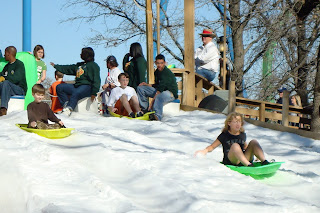 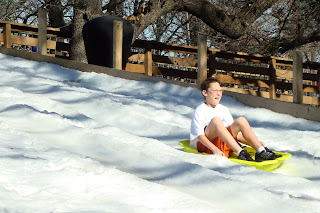 Sledding in shorts: only in Texas! 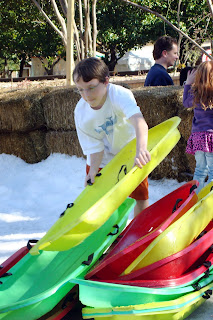 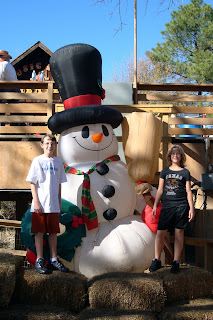 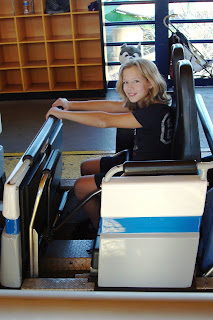 We also rode the Shock Wave a couple of times. Katie especially loves this ride. 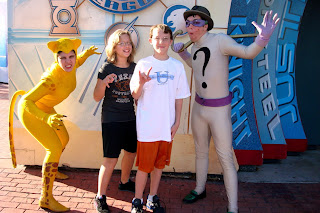 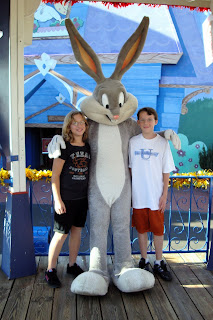 After lunch the crowds had grown considerably. We knew we'd have to wait a while, but we wanted to ride Superman Tower of Power one more time this season. To help pass the time, I gave one kid my iPhone and the other my camera: 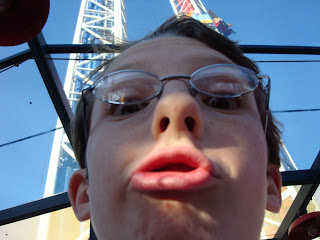 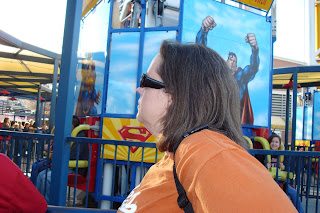 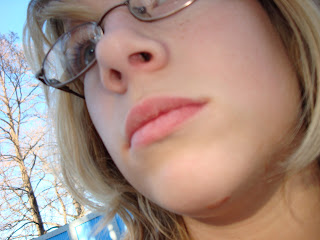 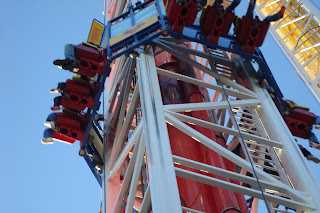 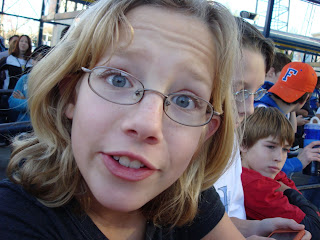 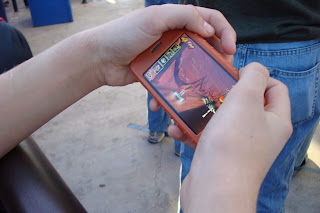 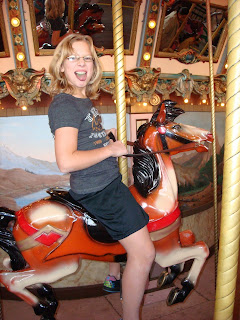 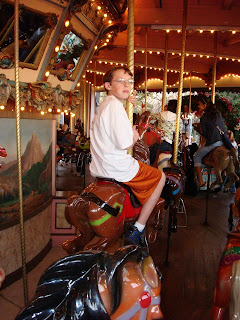 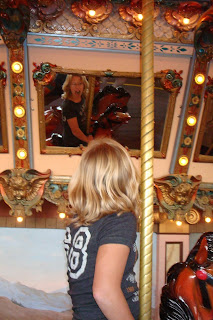 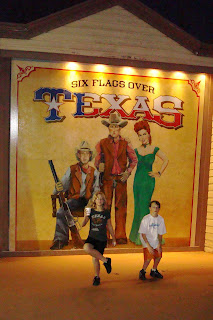 We miss the old big chair that used to be here! We had made it a tradition to take a picture there every visit. 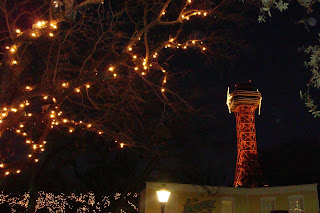 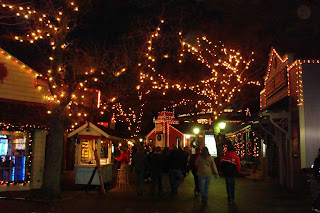 By the time we made our way to the exits, the park was lit up beautifully. We were so tired from walking all over the park, and my 40-year-old dogs were really barking. 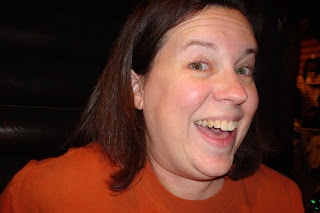 So what would make me smile at the end of this long day? 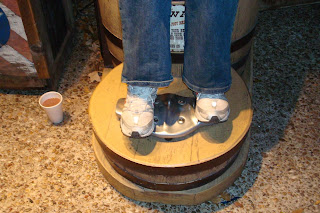 It's the Barrel of Fun! 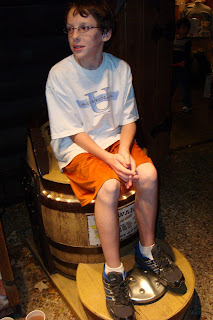 We had passed the one in Boomtown when I was fresh out of quarters. We saw another one later, but some guy was resting there with his baby and I didn't want to bother him. But when we saw this one in Spain, WHEEEE!!! 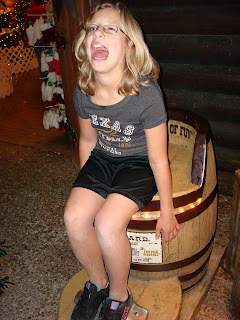 I even had four quarters by that point in the day, so each kid got a turn and I got two. Now how sad is that: After the Titan and Superman, my favorite "ride" was the Barrel of Fun! Best buck I spent all day. 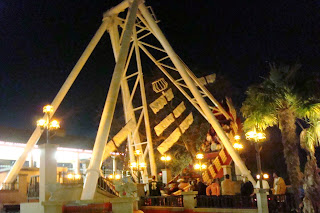 Before we could escape, the kids noticed that the Conquistador line was really short. They rode it about four times while I held the hot chocolate. 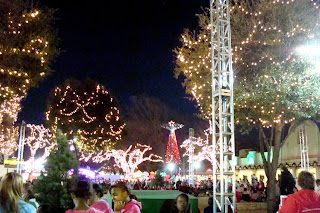 It was crowded later in the day, but wow, was the weather perfect. We love, love, love Six Flags, and we're thankful we had such a nice day to use our 2008 season passes one last time.
Posted by See-Dub at 11:25 PM

I love Six Flags, too ;) We get our money's worth out of our passes. (Is that correct grammar?)