With the regular basketball season behind us, we were ready for the playoffs to begin. We WEREN'T ready to see Ryan or Katie's team play its last game! 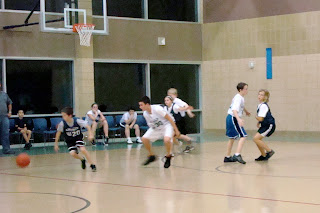 But there we were, for the third time this season, forced to watch our kids play against each other for the chance to advance to the league finals. A couple of times they were even guarding each other! Torture! 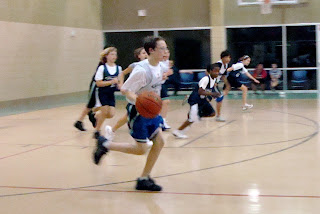 We couldn't root for one team over the other, so we just went nuts when one Dub or the other had the ball. 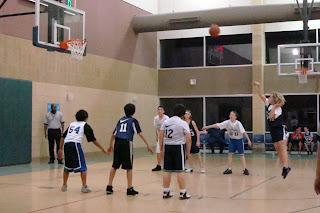 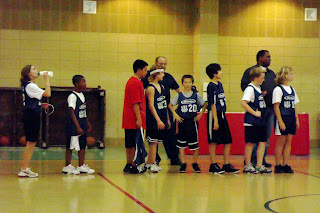 All good things must come to an end, and on this Friday night, it was Katie's season that came to a close. 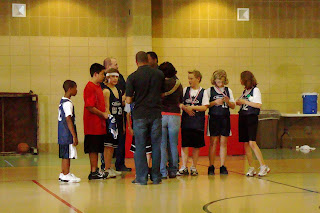 The team received medals for a stellar season. 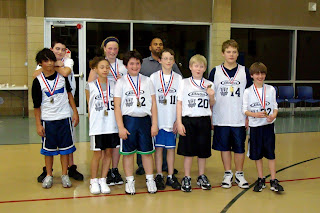 And Ryan's team? They advanced to the finals!

Having the grandparents and even Katie's PowerZone teacher at the game made it all that much more fun. It was an exciting night, and once again we were reminded how blessed we are to have such strong, healthy kids.
Posted by See-Dub at 9:53 PM