After leaving Monte Vista, we headed for Colorado Springs by way of Cañon City to see the famous Royal Gorge Bridge. 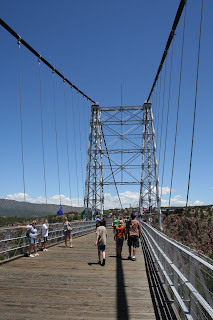 Brett had been here as a child, but he didn't realize this bridge was built way back in 1929 to serve as a tourist attraction. It's never been used primarily for transportation. 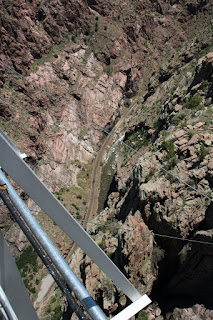 It's 1,053 feet from the bridge to the Arkansas River below. WOW. The signs say this is the world's highest suspension bridge. 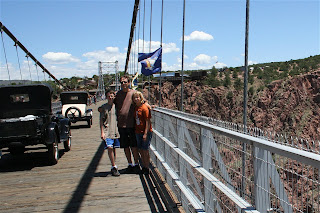 It's pretty unnerving to walk across those wooden planks, especially as cars are rattling along beside you! It's almost sickening to look down between those planks. 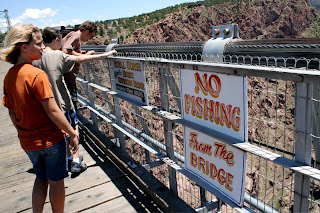 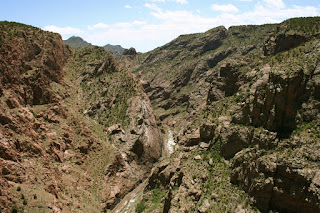 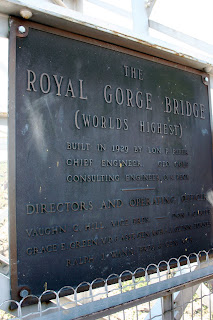 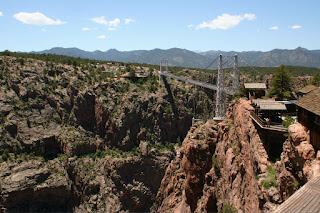 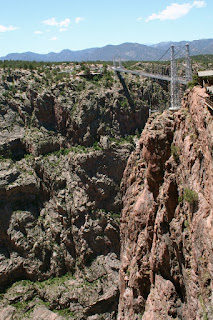 A variety of activities came with admission into the Royal Gorge park. 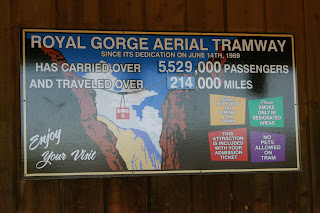 It was incredible to ride the aerial tram to get a good look at the bridge and the river below. 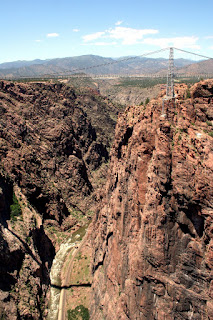 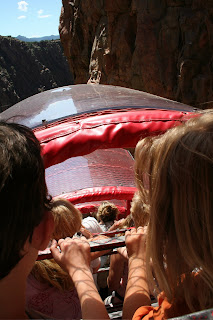 Later we went down to the river level via the incline railway, the world's steepest. 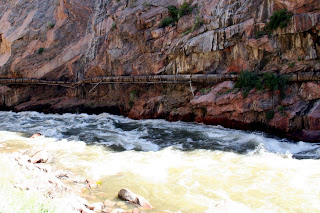 While we were down there, we enjoyed getting up close and personal with the Arkansas River. Since we've been home, we've heard from a couple of friends who have rafted down these rapids. That must be quite a ride! 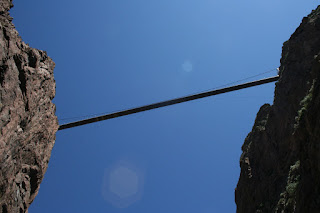 At river level we also got to see the bridge from 1,053 feet below it. 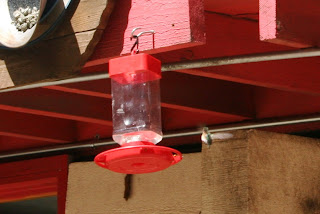 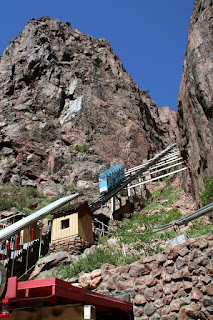 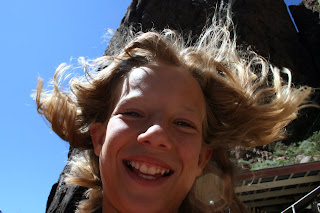 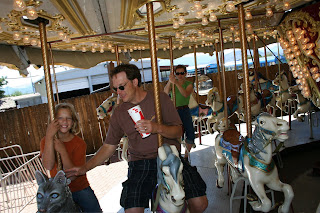 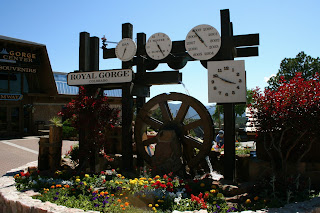 It was around this time that we got word from home that my mom was getting a power chair! This was incredible news since she had been resistant to getting one in spite of our encouragement. Her mobility has been decreasing in the last several months, but she'd been relying on a walker. So what had happened to change her mind? While we'd been away, one of our Heritage friends dropped a few hints and then DROVE HER TO THE HEALTH CARE STORE HIMSELF. How awesome is that? I was blown away by his kindness—and so impressed that he was able to persuade my mom to go for the chair! I can never repay him for his help, but I hope to pay it forward. Writing this more than a month after the fact, I'm still so touched that he took the initiative to get her into that store to test drive those chairs while we were gone. Superheroes don't always wear capes and tights.

OK. Back to the Royal Gorge!

After walking across the bridge a few times, we rode the tram again. It was funny because I was a nervous wreck on the bridge itself and fine in the tram. But Brett? 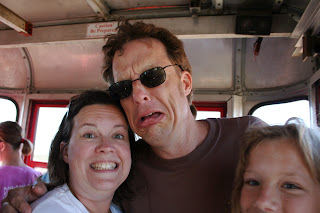 He wasn't too crazy about the tram experience. 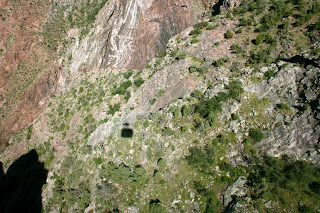 Maybe it had something to do with how tiny our shadow was on the canyon floor 1,000 feet below. 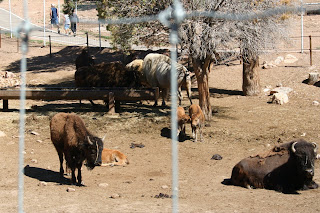 Before we left we walked past some of the animals on display. Katie took this picture of the white buffalo because it's supposed to be good luck. "Now you have good luck in your camera," she told me. 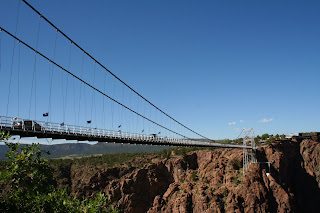 We had used a weird entrance to get into the park, so to exit, the quickest way out from the parking lot was yes, 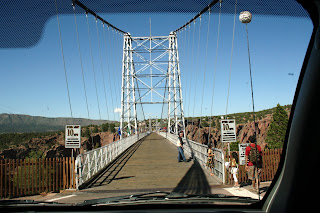 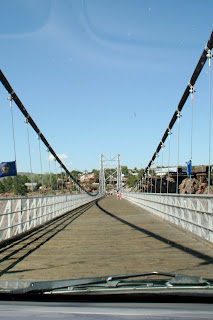 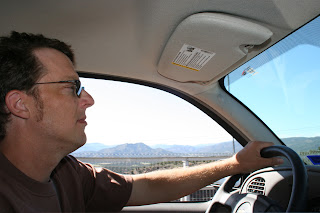 It really didn't seem to bother Brett at all! Of course, we'd seen tons of cars (literally) drive across the bridge all day, so I should've known we'd be fine. 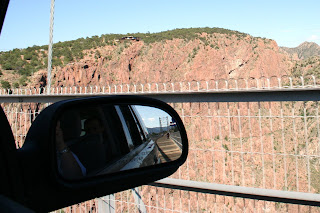 Still, I couldn't help but feel relieved once we were safely on the other side!
Posted by See-Dub at 11:01 PM