Such big plans I had when spring break began! Surely I can finish my vacation album, I thought. What's to keep me from filling in some gaps on the blog, I wondered. Now that spring break is ending, I admit my defeat AND my utter failure at this month's NaBloPoMo. (I blame the cold for that.) Still, I'm determined to get at least one, uno, ONE past event blogged!

In a spur-of-the-moment decision, Katie and I decided to head to Fort Worth for the TCU-Texas women's basketball game that Saturday morning. After the game, as we were basking in the thrill of victory, Brett texted that some of our family would be going to the Fort Worth Stock Show. Would we want to meet them there?

Katie and I considered our options for oh, maybe 10 seconds. Even though I've lived in DFW for more than 20 years, I had never been to the stock show. That might've been enough enticement, but throw in my nephew (home from Japan) plus my niece and her family AND my sister- and brother-in-law? Oh, yeah. Not missing that!

While we waited for the others to arrive, Katie kept me entertained:

Katie was itching to ride something, and most of the rides did not tempt me (mostly because of the camera on my shoulder). The ferris wheel, though? I had to say yes to that one.

I'm typically not afraid of heights, but I was not too comfortable when the less-than-attentive carny ride operator stopped to load new riders. 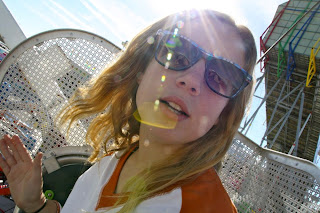 After the ferris wheel, we found the swings. Katie loved a similar ride at Fiesta Texas, so she plunked down her coupons for this one: 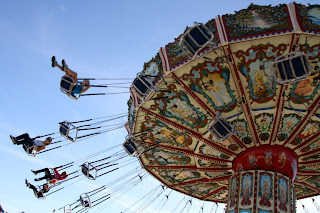 Not long after that, we found our family at the front gate. 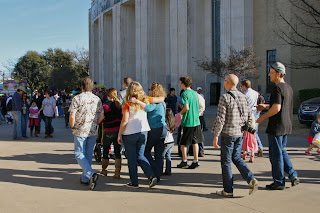 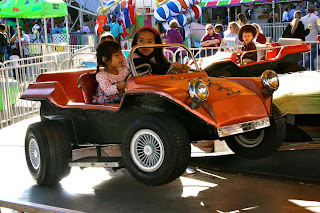 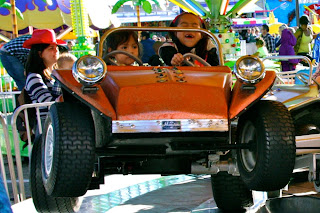 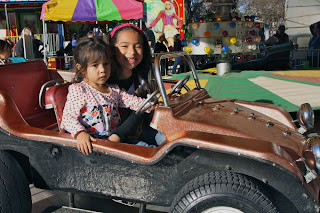 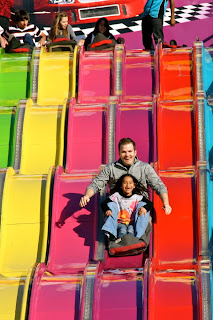 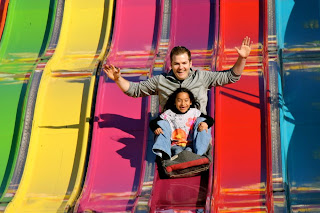 We all shared the renowned carnival staple, the funnel cake: 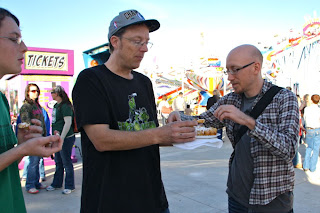 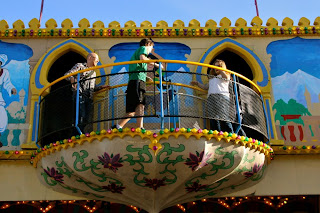 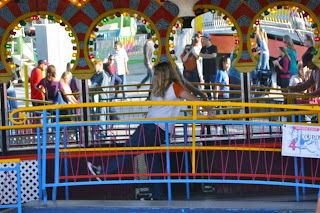 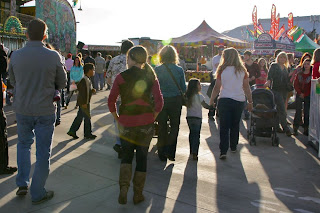 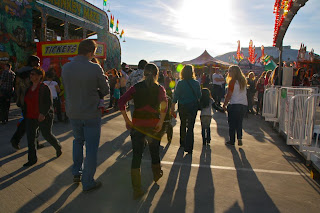 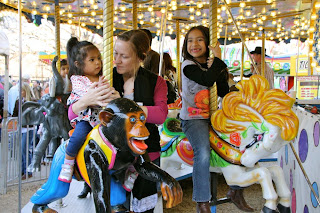 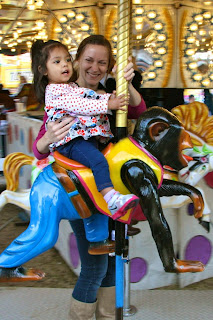 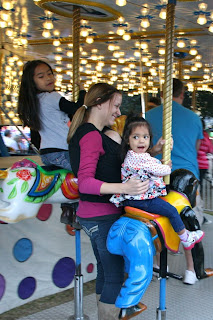 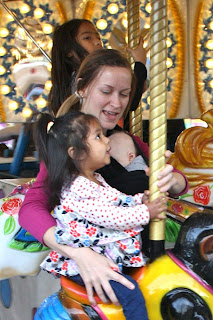 Email ThisBlogThis!Share to TwitterShare to FacebookShare to Pinterest
Labels: family, Fort Worth, Saturday