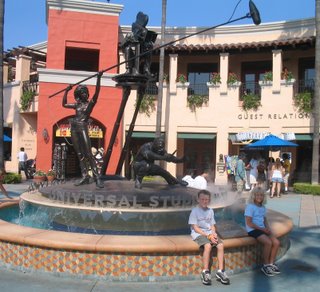 This was our day at Universal Studios. We had a great time, but after all the driving we did on Saturday, the best part for me may have been staying in one place all day!

We enjoy theme parks anyway, so this one, with its movie twist, was perfect for us. We could easily ride and see everything we wanted in a day, and the electronic signs scattered throughout the park let us know which attractions had the shortest wait times.

We started our day at the Van Helsing attraction, which is basically a haunted house. I'm not a fan of haunted houses, but I have to admit that this one, with a mix of movie scenes and live actors, was pretty good. From there, we went down the Starway (an extra-long series of escalators) to the Lower Lot, which was just opening for the day. We were among the first in line for Mummy: The Ride. Now THIS was my idea of a roller coaster! 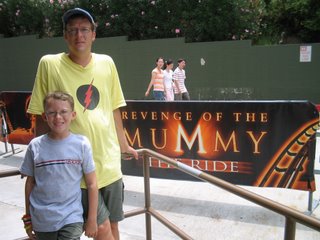 It begins slowly, showing you recreated scenes from the Brendan Fraser movie, but once you're "cursed," the ride takes off--in the dark! It was wild, and we ended up riding it five times before the day was done. 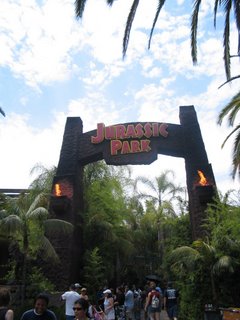 We also enjoyed Jurassic Park, a water ride. The combination of narration, animatronic dinosaurs and the JP theme music gave us the sensation of being in the movie. The big splashdown at the end didn't leave us soaked, but we enjoyed getting at least a little wet!

While in the lower lot, we also saw an I Love Lucy exhibit with a few of Lucy's dresses and items from her home. We watched the Backdraft pyrotechnic display, and then we caught the Special Effects show. 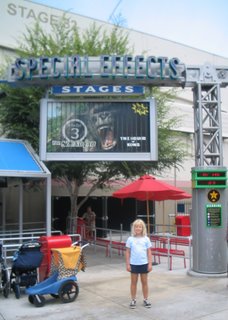 In this show, our hosts demonstrated various effects like green screen, and special guest stars from the audience (like K!) helped show how foley artists add sound effects to scenes.

Back in the upper lot area, we rode the Back to the Future Ride, saw Shrek 4D, experienced Terminator 2: 3D (BIG thumbs up from B) and gave the kids a chance to cool off in the Nickelodeon Splash Zone. 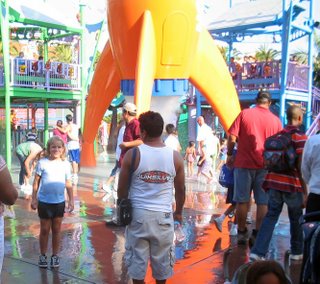 Next to the water rocket and the obligatory giant bucket that dumps gallons on people, a Wild Thornberries play area gives kids and adults a dry area to let off some steam. In that area, kids could play with thousands of foam balls, throwing or shooting them in a million directions. Or, as was the case here, dump them on unsuspecting parents. 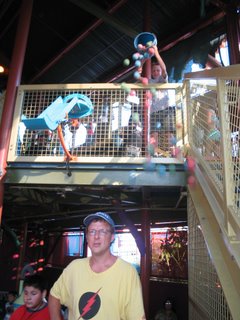 Of course, we also had a few character sightings. 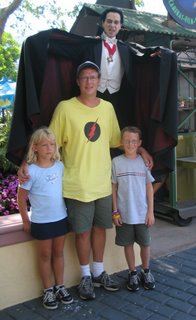 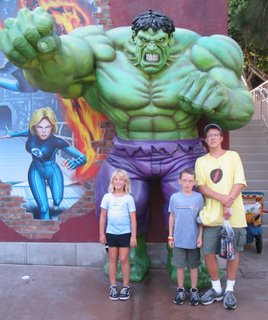 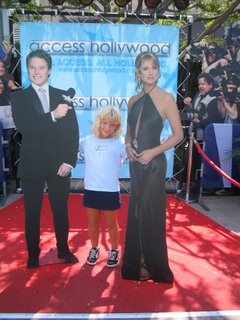 We also caught the Waterworld show, which from what I can tell, was more entertaining than the Kevin Costner film! 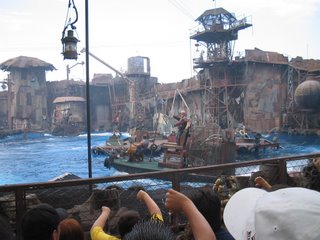 For lunch we left the park and visited Universal Citywalk, the adjacent shopping and dining district. We ate at the Daily Grill, which was a perfectly good restaurant. Its main draw, however, was its air conditioning! Citywalk had some interesting sights of its own, too. 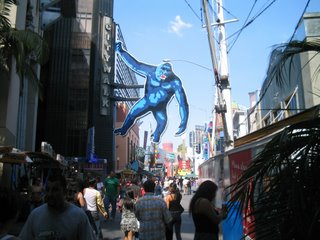 Back in the park, R was excited to see all the Jaws-related stuff. He is the world's biggest Jaws fan, you know. 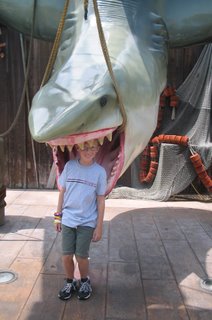 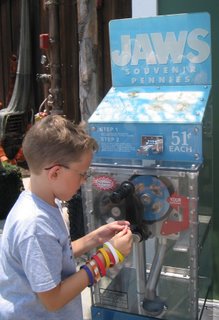 Besides the fake shark and the souvenir penny machine, Universal also includes Jaws as part of its backlot tour. Seeing the mechanical shark lunge at us in the tram was certainly a highlight for R! (I was glad to see it, too, since the Jaws lake was drained on my previous visit to Universal Hollywood way back in 1978!)

For the tour, we boarded at tram and headed toward the backlot. (Back in '78, this was pretty much all there was to do at Universal Studios!) 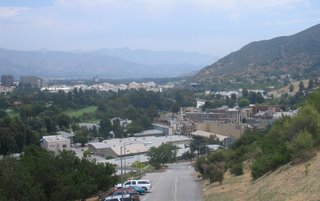 Other sights from the tour:

Plane crash scene from War of the Worlds: 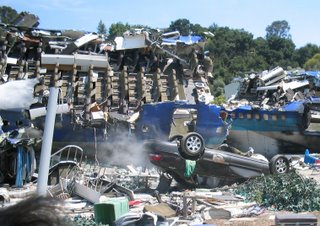 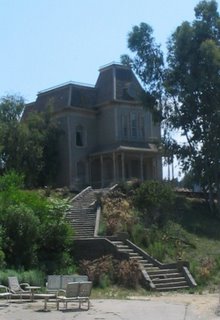 Wisteria Lane and the homes of the Desperate Housewives: 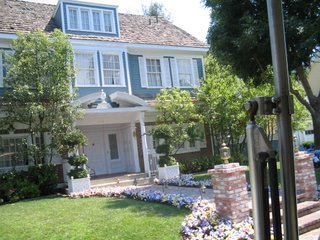 (This DH home was also used as the Munsters' back in the day.) 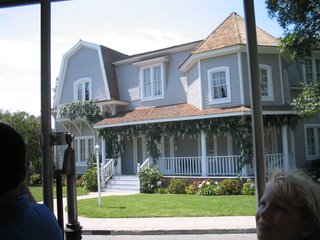 Several show cars, including these from Back to the Future: 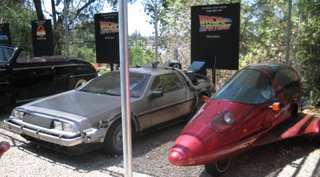 We also got to see the old New York and European street sets (used in old monster movies), a flash flood (as seen in Big Fat Liar), part of the Grinch set, and a few staged "events" like an earthquake and a King Kong attack.

Before heading back to our car, we walked through Citywalk again, having Ben & Jerry's ice cream for dinner (only on vacation!) and checking out Things from Another World, a comic book store. 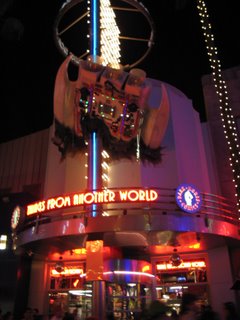 Universal Studios has changed quite a bit in the 28 years since I first visited! It really was a fun day. As a Six Flags junkie, I was impressed with the ways the rides were packaged to tie them into their movies. The cleanliness of the park was refreshing, too. So thumbs up all around! And we weren't through touring studios! There was one more tour scheduled for Monday, but that report will have to wait for Day 4.