On Sunday we saw the theme park version of a movie studio. On Day 4 of our vacation, we got a more realistic look at what goes on at a studio when we took the Warner Bros. VIP tour. This tour didn't come with roller coasters or special effects shows, but it was really interesting--and full of surprises. 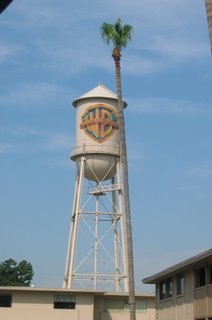 While we waited for our tour to depart, we got to see some costumes on display, such as Harry Potter's: 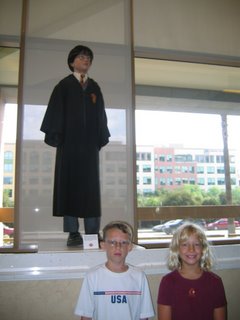 and Neo's from the Matrix movies: 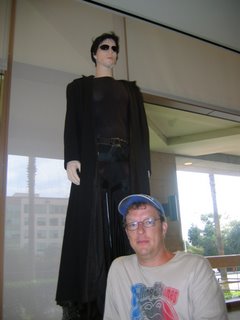 Once 9 o'clock rolled around, we started out by watching a short film about the history of Warner Bros. Then we boarded large golf carts (each held 12 guests) and entered the backlot. For this part of the tour, we were allowed to take pictures, so we snapped away while our guide showed us several city street sets.

In one section of the backlot, designed to look like Anytown USA, work was underway to turn the city into Stars Hollow for Gilmore Girls. Filming was set to resume the following week, so plenty of workers were dressing the sets to tailor them for that show. Notice all the bicycles. Everybody seemed to use bikes to get around the huge backlot! 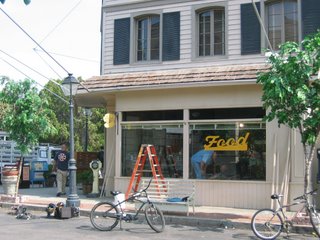 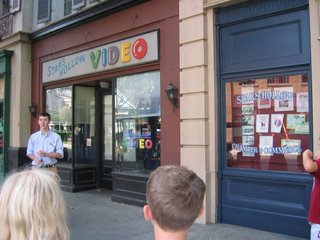 Our guide tried to tell us several places we may have seen each building or facade. This one, for example, has not only been used as Stars Hollow High School, but it was also the Hazzard County Courthouse in The Dukes of Hazzard. 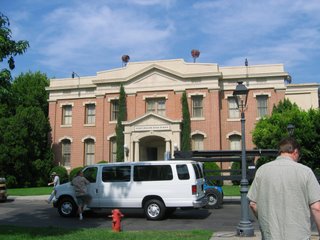 This alley is famous for its fire escape. The upside-down kiss scene from Spider-Man was filmed here. 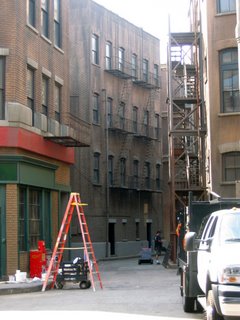 It was neat to see different houses from movies and TV shows we've watched, but I may have been most impressed just to see the studio in action. There were people everywhere: painters, construction workers, electricians, etc. 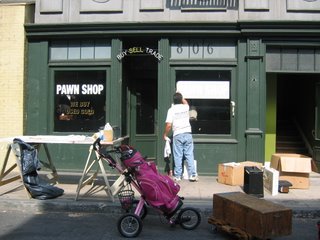 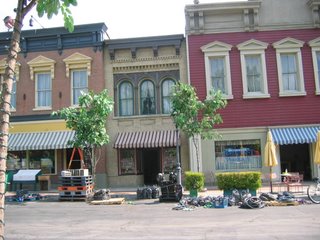 Our guide explained that most of these buildings don't have signage or light fixtures attached because those elements really date the places. By adding streetlamps, trees and signs, set decorators can make a generic building look like it belongs in a specific time and place. He pointed out holes in the sidewalks where parking meters, lights and other items can be bolted into place.

He also demonstrated how portable these set pieces are when he asked a lovely volunteer to lift a "heavy" fire hydrant: 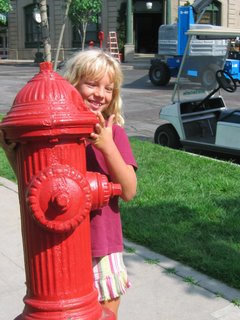 We also got to see this set, used as the outside of County General for ER. (You can see just a little of the elevated track, too.) 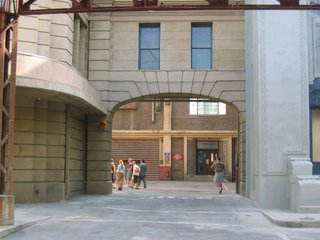 In one building, we got to see several show cars that are on display. We saw the General Lee (from the new movie), the Mystery Machine from Scooby Doo, as well as a couple of Batmobiles, like this one from Batman Begins: 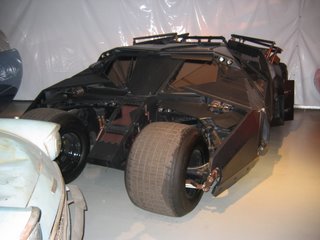 and Ron's car from Harry Potter: 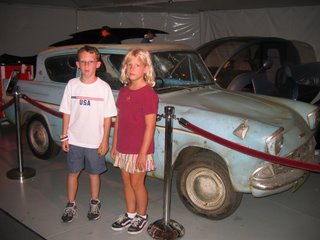 For the front lot part of our tour, we had to lock up our cameras. We passed soundstages used for a variety of TV shows and movies (including the Friends stage), and we walked through the props, art and metal shop departments. In one huge building we saw artists painting a giant mural (what we would've called a matte painting way back when; now they call it a backing). The ship scene will eventually be used in the third Pirates of the Caribbean movie (at least that's what they told us).

A special treat was to visit the soundstage where they film ER. We walked through a door, and there we were--right in the middle of County General! We walked through the different exam rooms used, saw the (partial) staircase, stepped inside the fake elevator. In the middle of one room, our guide pulled down the glass chart where they list which doctors are assigned to which patients. It was too cool! I only wished R&K were more familiar with the show so they could appreciate what they were seeing.

Before the tour began, I had mentioned to B that while Friends was still filming, visitors to this studio could see the Central Perk set. I knew that the set had been struck after the last episode, but I thought it would've been cool to see the old coffeehouse. Imagine my surprise when our tour guide opened a door to a little room and presented this: 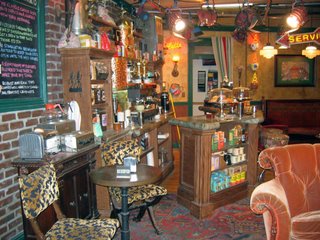 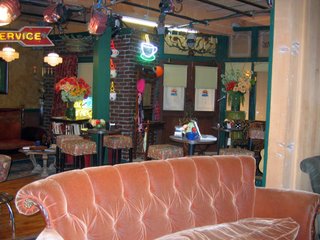 Now I know that many set pieces and props went home with cast and crew, but this re-creation was just too cool! We were allowed to get our cameras out for this part of the tour (obviously! I didn't sneak these photos!), so I happily soaked it all in, taking picture after picture. 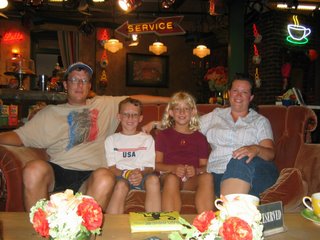 Our guide showed us the order pad used by the actor who played Gunther. He would write himself notes to help him remember his cues. 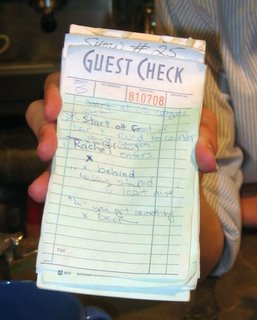 The only disappointing part of the tour was the ridiculously short period of time we had to tour the WB museum. The two-story museum was filled with costumes and props from WB productions, and the entire second floor was all Harry Potter-related items. I think we had a total of EIGHT minutes to spend in there, so we flew through the two floors, the kids spending most of their time upstairs with Harry Potter. Considering all the other things we did get to see, though, it's hard to complain too much about the tour!

After that, we drove around Burbank FOREVER, just looking for somewhere to eat! We ended up at a Subway. We knew we wanted to return to K&D's before it got too late, but we also wanted to sneak in one more visit to the beach. We missed our turn for Venice Beach (I still don't know how that happened!), so we ended up returning to Santa Monica. It was still every bit as beautiful as it was on Friday, but the waves were MUCH higher!

Can you find K's blonde head as she's getting pummeled by a wave? 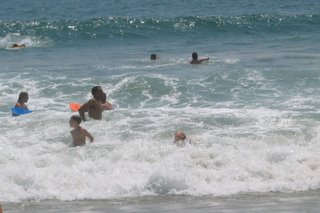 This shot is SO Baywatch! 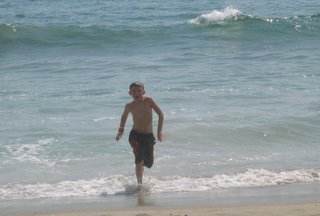 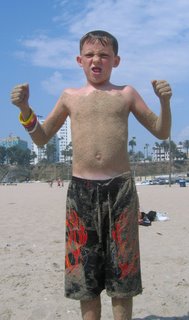 It was great to get one more chance to see the Pacific Ocean. It was also nice to head back to K&D's house mid-afternoon to do a little laundry and get some rest before leaving for Disneyland. This was our last night at K&D's, and we enjoyed a taco dinner together in the gazebo and a little bocce ball before heading to bed. It was hard to get to sleep because we were excited about Disney but also a little sad about having to leave our gracious hosts.