Since we wanted to visit Austin around Christmas, Brett contacted the owner of an Austin video game store to set up a book-signing for this weekend. Game Over Videogames hosted the event, and it turned out to be the perfect venue to promote his book. (Have we mentioned his book? How it's a must-have for classic video game fans? How it's available on Amazon?) 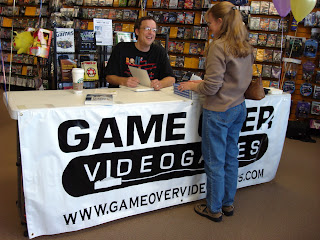 Brett sold a good number of books and made some new friends. 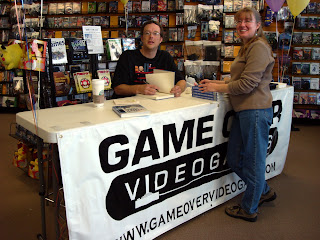 (This friend's not a new one, though! Amy, one of my college roomies, just agreed to pose for my picture!) 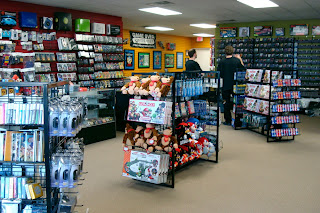 The store has tons of video game stuff for old and new systems. 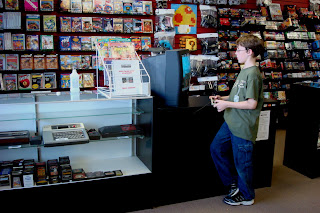 Ryan played (and beat) the Jaws game on the Nintendo they had set up for game testing. 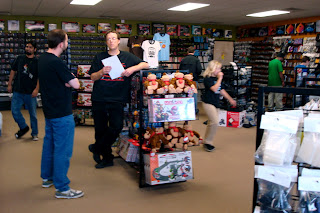 Brett was so impressed with the owner and the store. He kept saying how much he wished we could have a similar store closer to home. 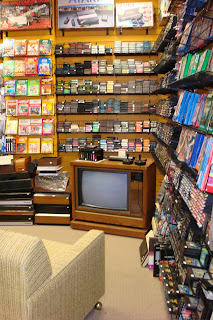 This cool little corner is set up like an old living room. 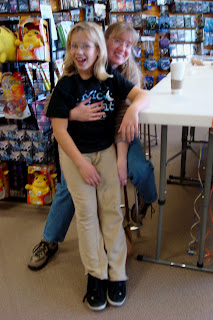 We had fun checking out the store and watching Brett in his element. It was a great signing—and a wonderful way to end our weekend in Austin! 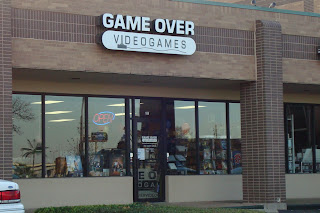