On this Dec. 31, known as Rose Parade Eve, the band paid an early visit to Hollywood Boulevard, Grauman's Chinese Theatre and the Walk of Fame. From there they took off for Knotts Berry Farm, an amusement park near Anaheim.

Katie and I decided to kinda mimic the band, but our day started with a delicious breakfast at Lulu's with K&D, our hosts. Because they'd been working and we'd been staying out super late, we'd barely seen them on this trip. It was good to have some time to just sit and visit (and eat!). Besides, when it comes to Lulu's, I'm 4 for 4. We ate there in January and July 2006 and January and December 2010. Apparently, when in LA, you HAVE to get the yummy House Scramble at Lulu's. It's a LAW.

From that restaurant on Beverly Boulevard, Hollywood Boulevard is just a hop, skip and a jump away. Right before getting to Hollywood and Highland, we saw Hollywood High School with its giant mural of stars. 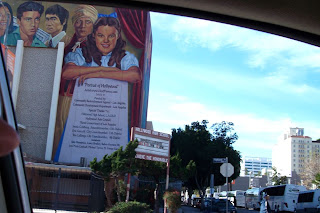 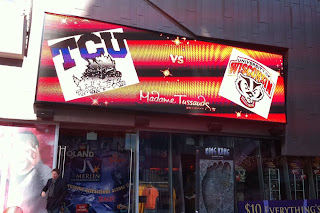 All along Hollywood Boulevard we saw TONS of TCU and Wisconsin fans. 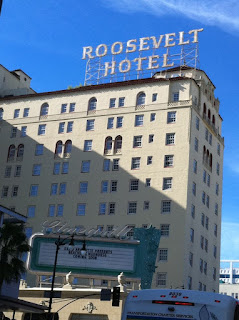 Our first stop was the Roosevelt Hotel, another haunted locale from Katie's Route 66 book. 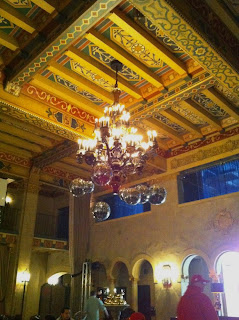 This hotel was home to the very first Academy Awards ceremony, and its lobby is a thing of beauty. Katie wanted to see the Blossom Room, so we walked past and took a quick peek at it. Workers were busy setting it up for a New Year's Eve party. 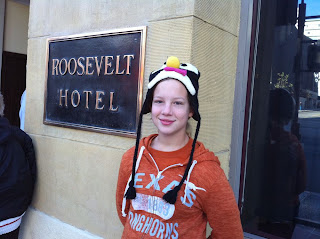 We avoided apparitions, but it was nice that Katie had the chance to step inside this historic hotel. 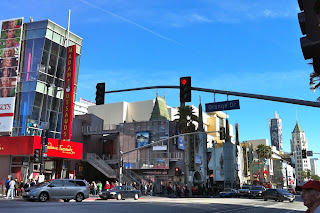 After that stop, we turned around and went back to Hollywood and Highland. There we wandered through the famous and crowded forecourt of Grauman's Chinese Theatre. 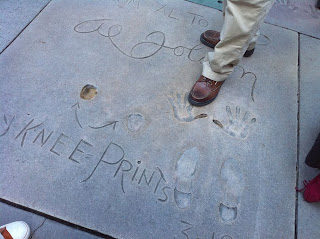 Among all the hand- and footprints are some pretty incredible names. I'm a sucker for the cement blocks that have bonus impressions, like Al Jolson's knees... 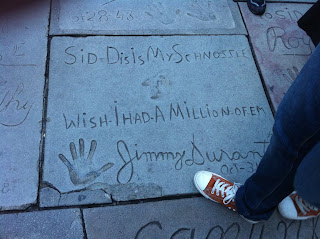 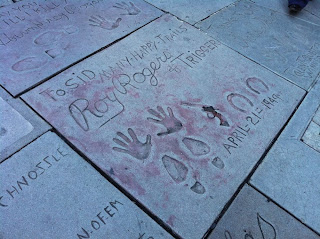 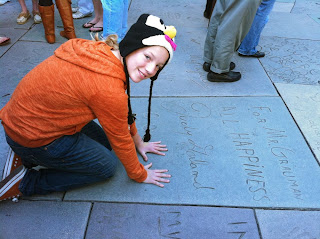 You HAVE to put your hands in a star's handprints. It's a LAW. This time Katie compared her hands to Judy Garland's. 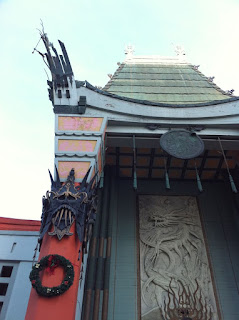 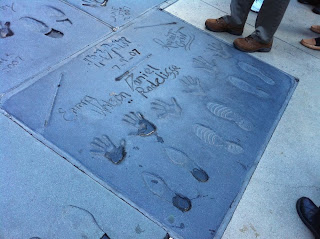 There are so many old stars immortalized there, but some newer names show up, too. 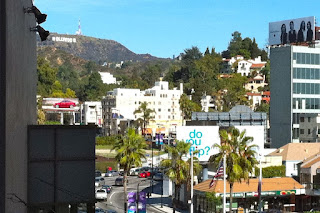 We saw the Hollywood sign a couple of times as we drove around the area, but this was our only photo op. 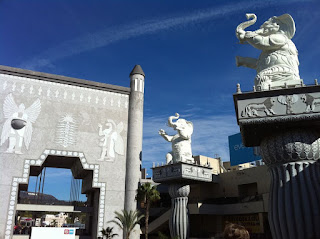 Inside Hollywood and Highland, we got Katie a smoothie. 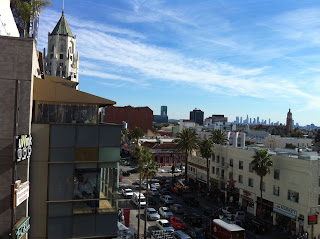 We also checked out the view of downtown LA before getting back to our car. Since we managed to bring a battery-less camera with us for this outing, we drove the short distance back to K&D's to get that AWOL battery. Then we were ready for one more celeb sighting. 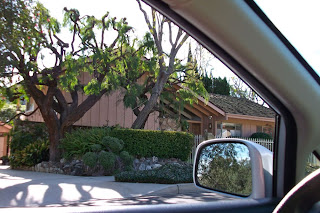 The Brady house! This is the home that was used for exterior shots of the Brady residence. Instead of being on Clinton Way, this house is at 11222 Dilling Street in Studio City. 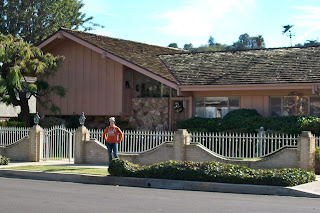 When in LA, you HAVE to pay a visit to this oft-photographed home. It's a LAW.

With our Hollywood and Studio City stops behind us, we were on our way to another amusement park.
Posted by See-Dub at 11:08 PM