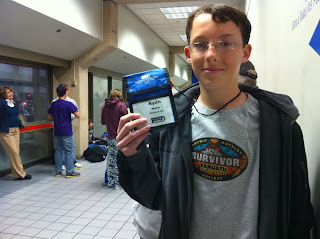 After months of planning and rehearsal, the time had finally come for Ryan and the rest of the All-Birdville Marching Band to depart for California. 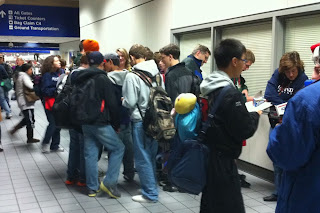 Ryan and I arrived at the designated gate at DFW, he got his nametag/lanyard/per diem from the chaperone, and he shuffled off to go through security. 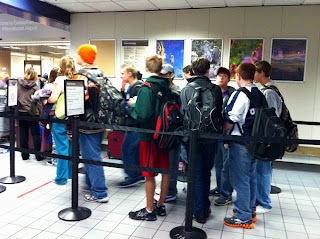 Even though I knew Katie and I would see him soon, I couldn't help but feel a tad verklempt watching my boy disappear past the TSA checkpoint. (One mom was sobbing outright after dropping off her child.)

So two days later, Katie and I found ourselves in an airport, Love Field this time, waiting to follow Ryan's path to LA. 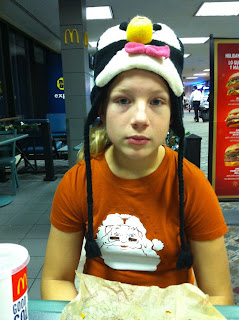 Since we had McDonalds in the airport when we last flew to LA in 2006, Katie seemed to think McGriddles were required pre-departure fare. 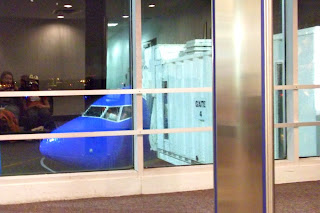 After breakfast, we didn't wait too terribly long until it was time to board. Katie liked the open seating policy, and I liked that we were number 31 and 32 in line! 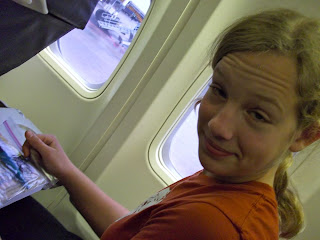 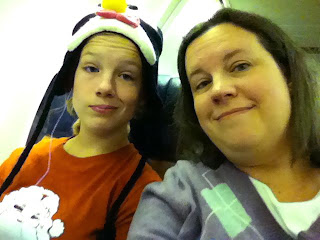 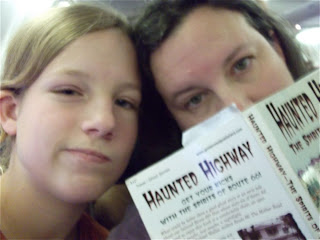 Katie even did some Route 66 research, spotting haunted places in Los Angeles. (At one point, we were going to drive to California, which would've meant seeing LOTS of Route 66 hot spots. Katie was a tad disappointed when we opted for the much quicker and safer flight.)

On the first leg of our trip, Texas was really overcast so we didn't see much but clouds as we flew to San Antonio. 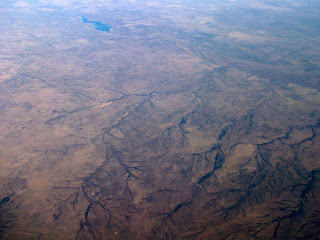 Once the clouds parted, we were glad to see some of the Southwest's incredible terrain. 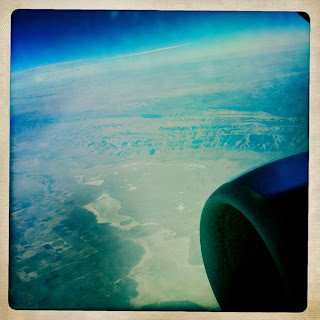 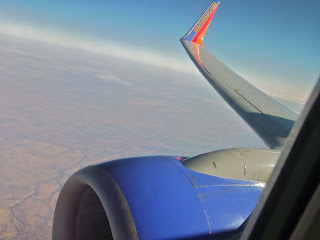 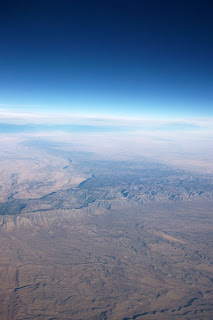 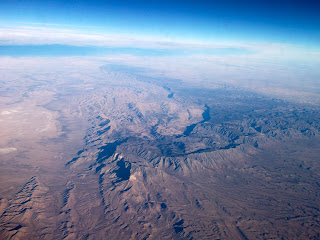 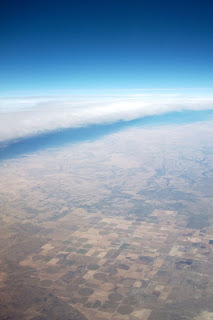 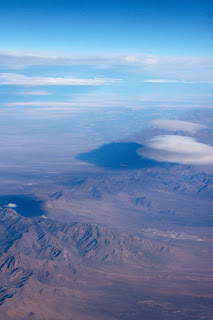 Finally, after two flights and 4 1/2 hours, we landed in Los Angeles. 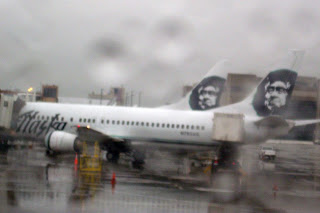 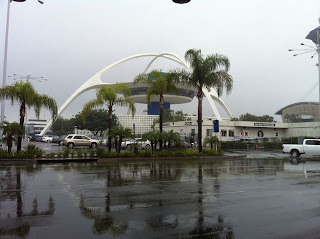 OK, so it wasn't sunny, but it was still good to see those palm trees and know we had made it to Los Angeles. 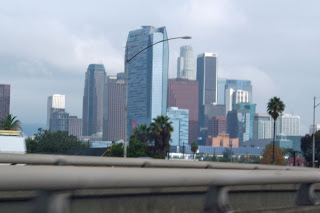 After picking up our car (a Nissan Versa and NOT the sweet Mustang Katie had seen in the rental lot), we hit the road for Pasadena. We needed to pick up our tickets and then go to Bandfest, and I was hoping we'd have time to see the float decorating tents in between. 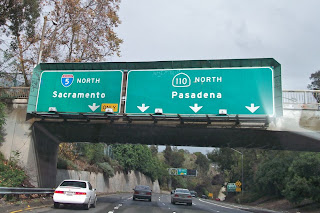 With Katie as my navigator, reading from printed directions and consulting my iPhone map, we found California 110. 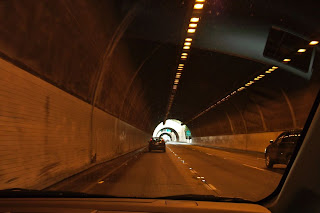 Driving in the LA metro area is stressful, even when it's not rush hour. Still, there's something about the narrow lanes and crazy-fast drivers that just makes me nervous. That's why I just about came unglued when someone on Facebook repeatedly commented on a photo that I just happened to be tagged in. Every time he or she would comment, my phone would ding, and that ding would interrupt my iPhone friend, the GPS voice that was directing our route. It was crazy! For about 45 minutes my phone would ding over and over and over again, each time disrupting my guidance system. Since I was driving, I couldn't disable notifications. IT WAS MAKING ME INSANE!!! Of course, Katie and I had to laugh at my uncontrolled aggravation.

In spite of the incessant dinging, not to mention the intermittent rain, we made it to Pasadena in time to stop by the ticket office and still be on schedule for the float decorating and Bandfest. 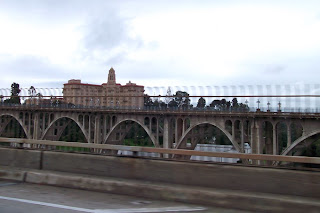 As an added bonus, soon after getting to Pasadena, we found ourselves parallel to the Colorado Avenue bridge, one of the "haunted places" mentioned in Katie's book!
Posted by See-Dub at 11:31 PM