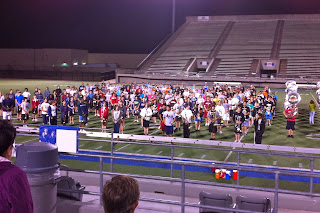 These practices brought together the three high school bands at the district's stadium on Tuesday nights. 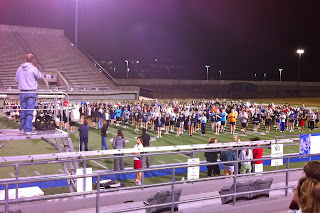 I would usually work late those nights and then show up at the stadium a little early to watch the end of practice. 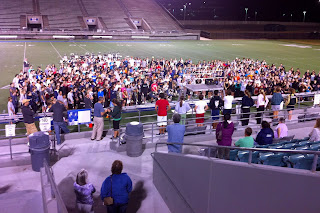 It was incredible to see and hear this 540-member band! 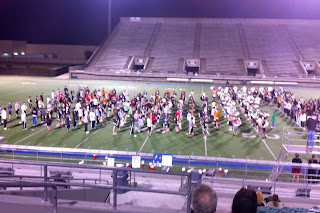 At later rehearsals, the band was put in parade formation and marched through the stadium, around the stadium and outside the stadium in the parking lot. (How's that for preposition practice?) 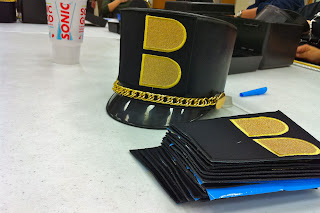 One night the Richland band parents had a "shako party." The blue parts of the Richland shakos (hats) were covered with the All-Birdville logo. My job? Putting the double-sided carpet tape on the backs of the patches.

Since school was out the week of Christmas, that meant even more time for rehearsals. On Dec. 20-22, the Rose Band had looooong practices, and then on the 22nd, the group gave a public performance all decked out in their special Rose Parade uniforms. 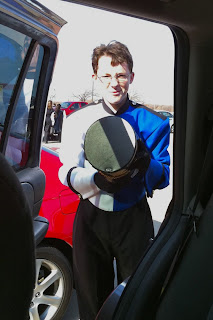 It was so exciting to see Ryan and the rest in their new get-up! 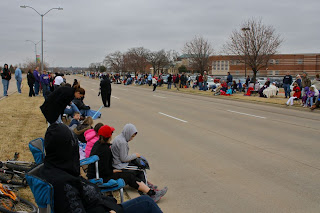 It was pretty chilly that afternoon, but lots of parents, friends and community members came out to support the band. 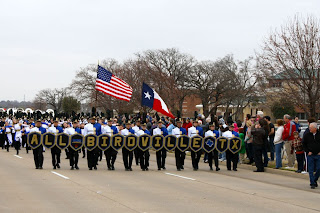 It was a thrill to see them parade down Mid-Cities Boulevard! 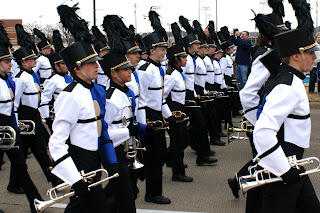 It was nice to see the band, especially Ryan, from street level. 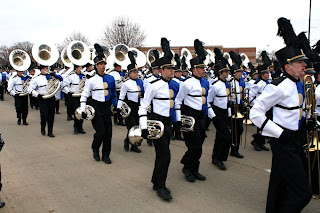 They look so sharp in those uniforms! 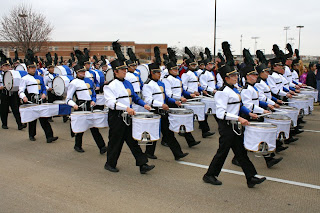 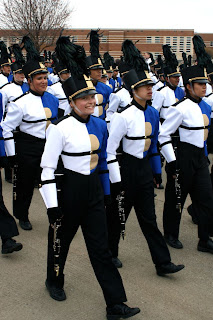 Here's our friend from church. It was nice that she was on the end and easy to spot. 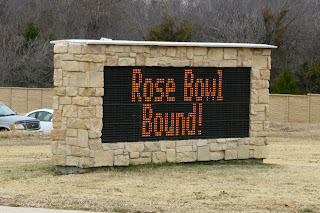 The Legacy Church on that street did a good job congratulating the band.

I especially liked this sequence: 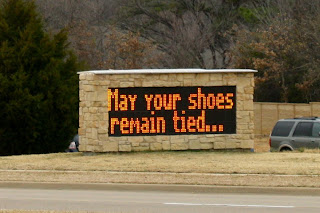 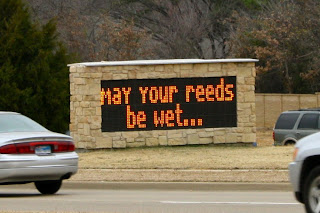 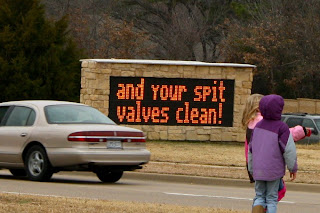 Gotta love marching band humor!
The band marched over to a middle school where Nana and Papa were standing by to watch. Meanwhile, Brett and I followed the band down the street a ways and then turned around to wait for their return. 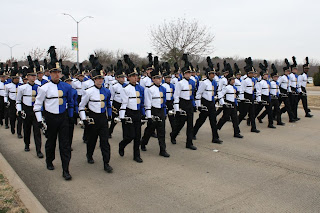 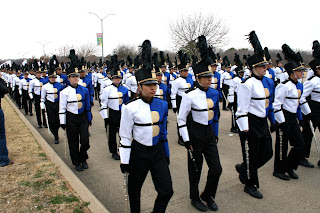 Upon returning to the stadium, the starting point, the band prepared to perform their Bandfest show. Much of the parade audience filed into the stands to watch. 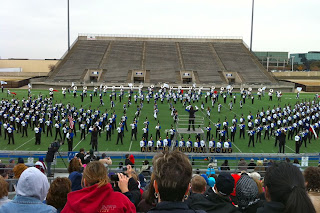 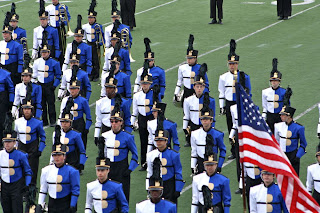 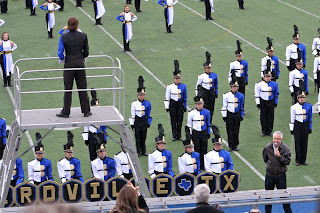 During the performance, the district's fine arts director thanked the many responsible for this Rose Parade opportunity. 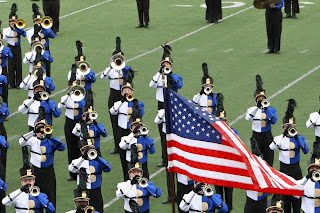 The band played "March Grandioso," "American Woman" and "Salute to the Armed Forces." During that last number, people who had served or had relatives serving in the military were asked to stand. It was a poignant moment in a day already filled with overwhelming pride. 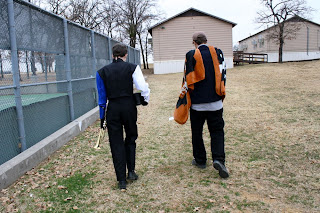 But it was COLD! Still, it was worth carrying a blanket to get this sneak preview of the All-Birdville Band's parade and Bandfest shows.

The next day, Dec. 23, all band members brought their luggage, instruments and uniforms to the stadium parking lot to be loaded on semi-trucks. Those semis would begin the journey to California on Christmas Day, with our kids headed that way on the 27th.
Posted by See-Dub at 11:07 PM